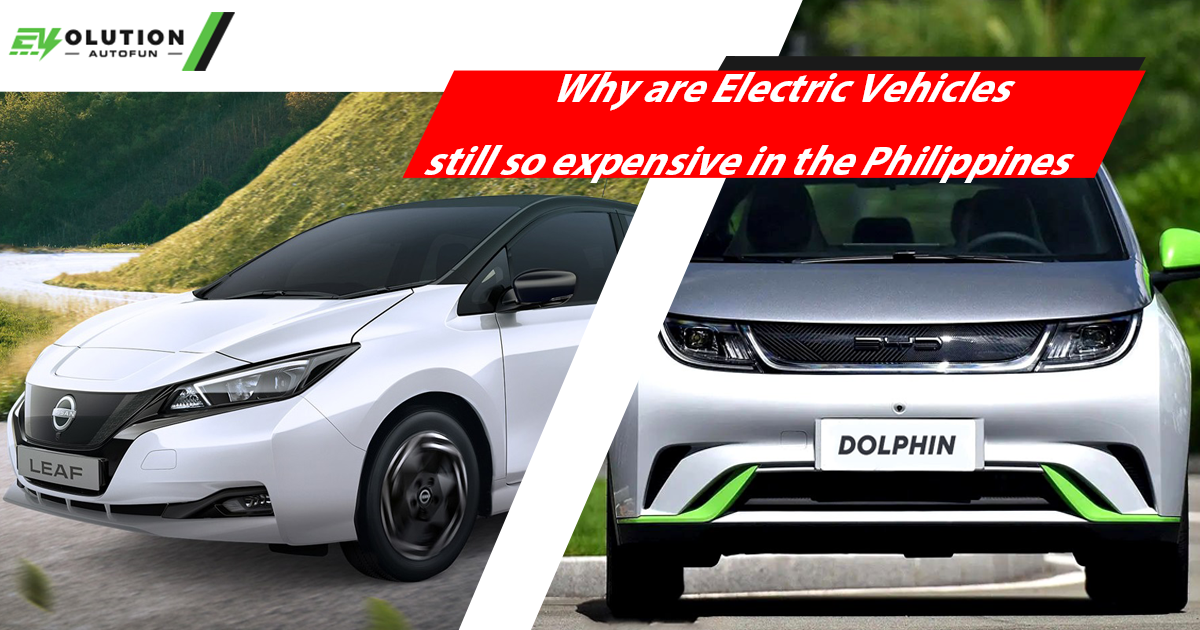 With the passing of the EVIDA Law in the Philippines, Hybrid Electric Vehicles and Battery Electric Vehicles, or HEV’s and BEVs for short, are starting to pop up in the market from all different kinds of manufacturers.

The Electric Vehicle Industry Development Act (EVIDA), Republic Act No. 11697 is primarily focused on developing a manufacturing industry for electric vehicles. It also reinforces the EV-specific importation provisions of the Tax Reform for Acceleration and Inclusion (TRAIN) law implemented in 2018 which cuts excise taxes to 0% for Battery EVs, and 50% for hybrids.

Hang on, though, why are cars like the BYD Tang and the BYD Han still prohibitively expensive? Even the Weltmeister W5 from WM Motors is an eye-watering ₱2,548,000, when in other countries, it sells for a little over half that. And the supposedly affordable EV, the BYD Dolphin, is ₱1,888,000 Philippine Pesos, a far cry from its ₱1,030,000  MSRP in its home market of China.

Well, import costs, for one. They may be cheaper in China, but they still need to be shipped into the country by cargo freighter, and that easily adds anywhere from ₱50,000 to ₱100,000 to the price.

Add to that the existing import taxes. Porsche got in on the trend at the right time, offering the Taycan in various guises since 2021, and Nissan was a little early to the game with the Leaf. As a result, both the Taycan and the Leaf suffer from the same predicament – they are burdened with import taxes to the tune of 30%. In fact, all currently available EVs now are slapped with the same tax rate.

Apart from that, other countries offer more than just tax exemptions for BEV buyers. Up until earlier this year, BEV buyers in the United States of America were given a federal tax rebate equivalent to almost ₱400,000 – most of which would have been deducted from the total price of the car. That’s a rebate we don’t get here.

Last, and probably one of the most unfair ones, is that BEVs are still generally more expensive than equivalent ICE counterparts. Thus, only the wealthy can afford to buy a car that can’t drive too far away from Metro Manila for the price of an average-sized house.

Still, that doesn’t mean that the EVIDA or TRAIN laws were written only with the wealthy in mind.

Both did help make Hybrids cheaper too, like the Nissan Kicks e-POWER, and the Chery Tiggo8 Pro PHEV.

It’s also starting a Hybrid and EV revolution in the country, with more and more companies jumping on the cheap EV bandwagon. Why else would Toyota consider bringing in their hybrid vehicles, as well as the upcoming Innova Hybrid?

With the impending signing of an executive order effectively slashing importa taxes on completely buily-up EVs from 30 to 0% this coming first quarter of 2023, the prices of incoming EVs are set to go down some more.

Moreover, this will allow other Chinese brands to come in and offer more affordable models. That in itself could help speed up the mass adoption of EVs in the country.  Or at least increase the number of buyers from the paltry 9,000 or so versus the millions of ICE cars registered with the LTO.

As 2023 rolls in and the government gets its priorities sorted when it comes to electrified mobility, car manufacturers will soon be able to make a stronger business case for bringing in EVs. Not only will it help them ride the global trend, but it will also help reduce the carbon emission levels in urban areas where EVs will most likely start amassing. And that’s the point of the whole exercise, isn’t it?

At least we’ve got them, and they look like they’re here to stay.

Source: Why are Electric Vehicles still so expensive in the Philippines?