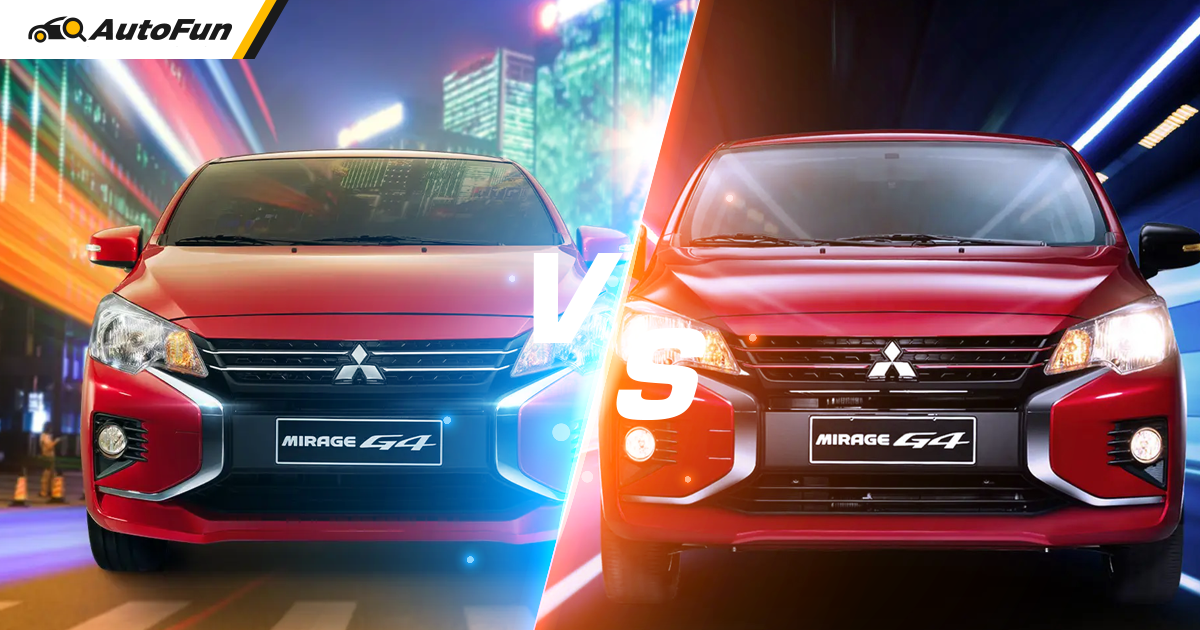 The Mirage is one of Mitsubishi Motors Philippines’ best-selling vehicles in the highly competitive subcompact segment. Its popularity can be attributed mainly to its budget-friendly price range and low maintenance cost. But with different variants to choose from, most Filipino car buyers are undecided between getting the entry-level Mirage G4 GLX CVT or the limited series Mirage G4 GLS Black Series. Is it worth the extra cash to splurge on a limited edition Mirage or save some money with the entry-level variant? Let’s compare the two variants to see which is the sensible choice.

Launched in the Philippines in 2013, the Mirage G4 is a 4-door subcompact with a 1.2-liter naturally aspirated gasoline engine with a CVT or a 5-speed manual transmission. Back then, the Mirage G4 came with a 2-DIN touchscreen head unit which wasn’t available before on an entry-level subcompact.

In 2021 the Mirage G4 received a significant update as Mitsubishi integrated its signature dynamic shield design language. The result is an all-new look and the addition of a 7-inch infotainment system, updated upholstery, and instrument cluster. 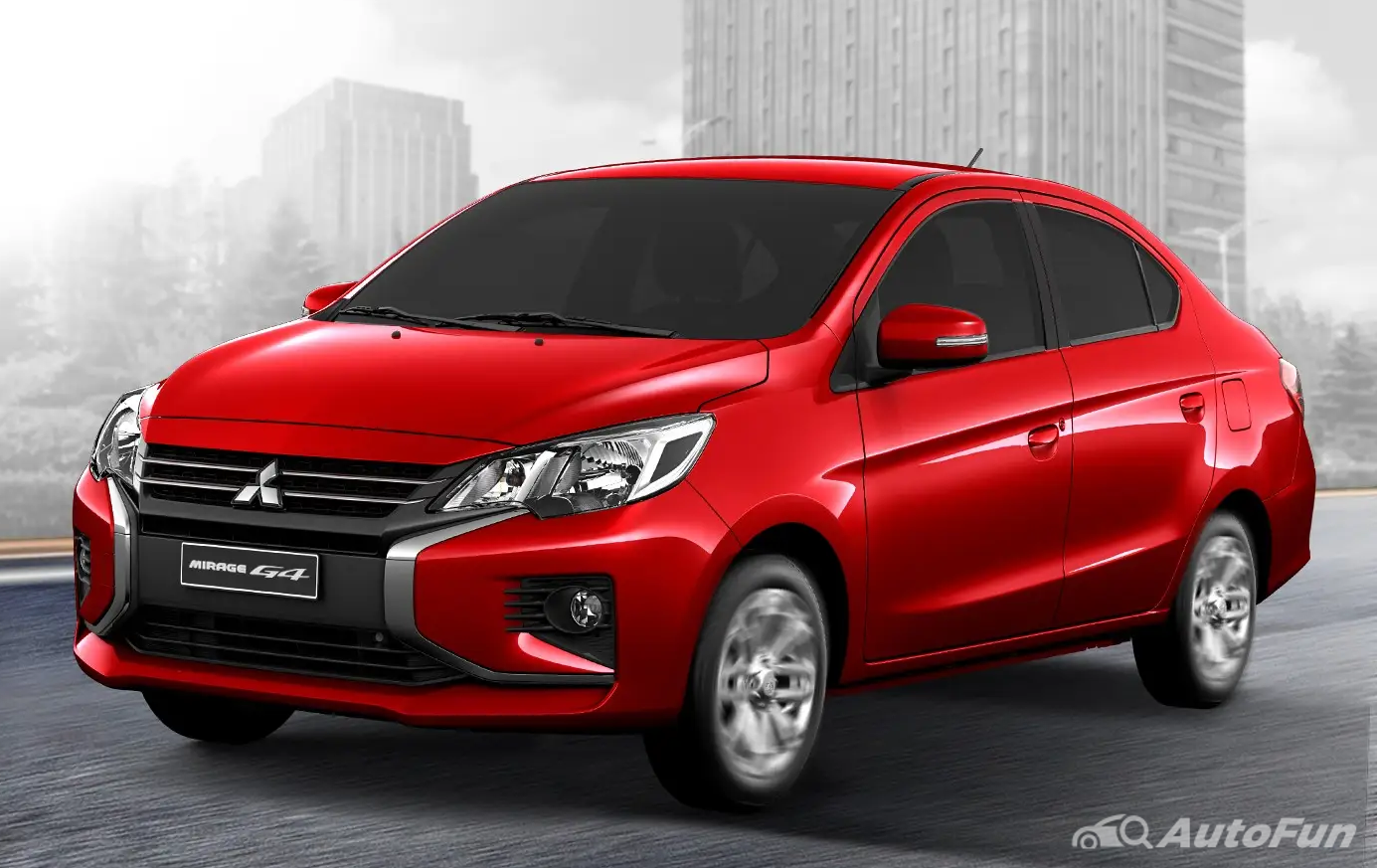 In 2022 Mitsubishi Motors Philippines unveiled the limited series Mirage G4 variant. This is the 2023 Black Series Mirage G4 with aesthetic features to make it stand out. Only 150 units will be offered in limited exterior colors. 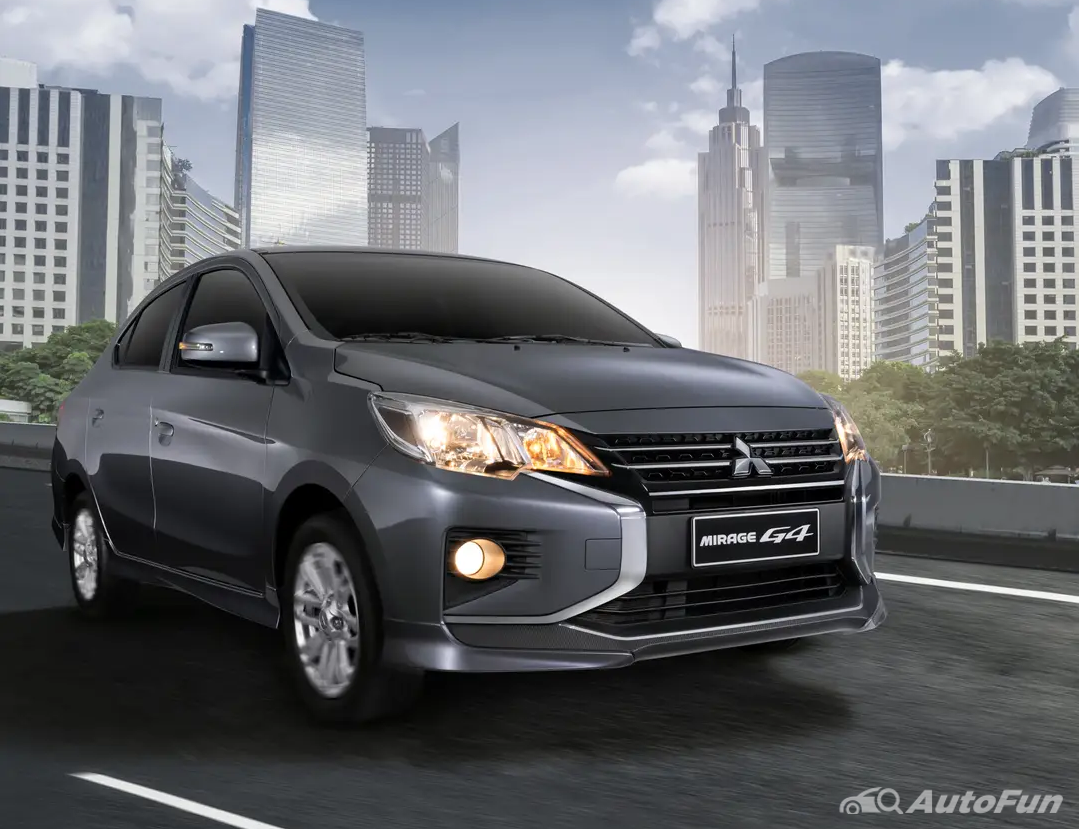 Most notably up front with the unmistakable chrome strips that adorn the bumper with redesigned headlamps and grille. Most Mirage G4 variants also get integrated fog lamps. While the sculpted sides of the body remain the same, the rear bumper got revisions along with matching new tail lights. Finishing off the update is a new set of 15-inch alloy wheels. The Mitsubishi Mirage G4 comes in the following colors: Red Metallic, Cool Silver Metallic, Titanium Gray Metallic, and Solid White which is exclusive for CVT variants.

The Mirage G4 Black Series shares pretty much the same exterior features. However, this one has distinct features such as red accent strips on the grill, blacked-out side mirror housings, and blacked-out 16” alloy wheels. This limited edition series comes in Virgil Grey, Titanium Gray Metallic, and Red Metallic.

The Mirage G4 retains its spacious interior, including 351 liters of trunk space. However, the seats get an upgrade with a new fabric design. 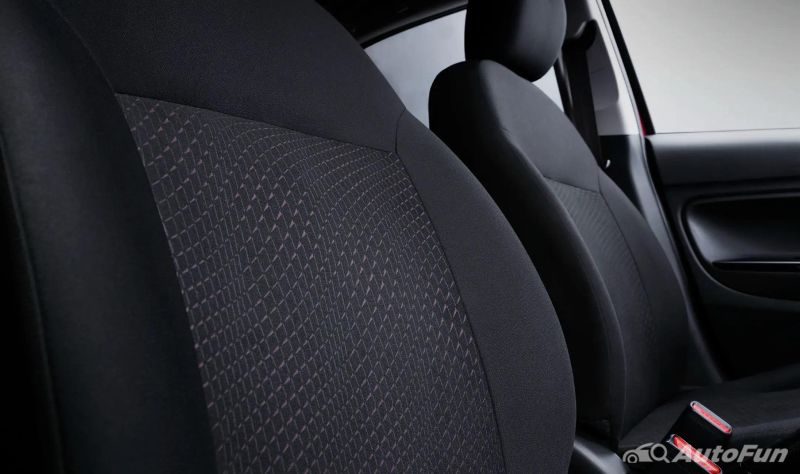 Changes have also been made to the instrument cluster with new illumination for improved visibility. In addition to the Carbon fiber-like inserts, the gauge cluster comes with an integrated multi-information display monitor. Automatic climate control and a new 7-inch infotainment system featuring Apple CarPlay and Android Auto capabilities have also been added. 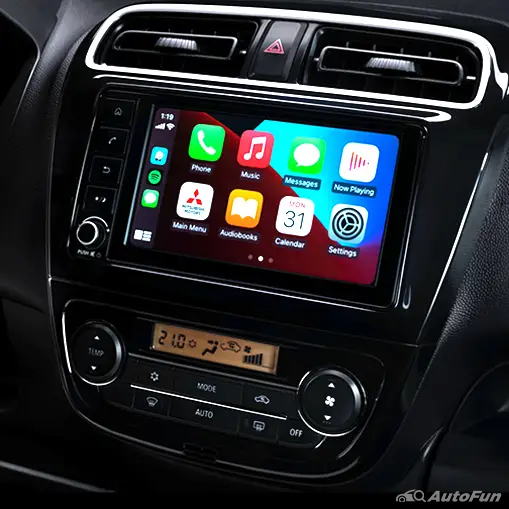 The Black Series G4 shares the same interior appointments, but this one has cool LED floor illumination and matching center console LED illumination. 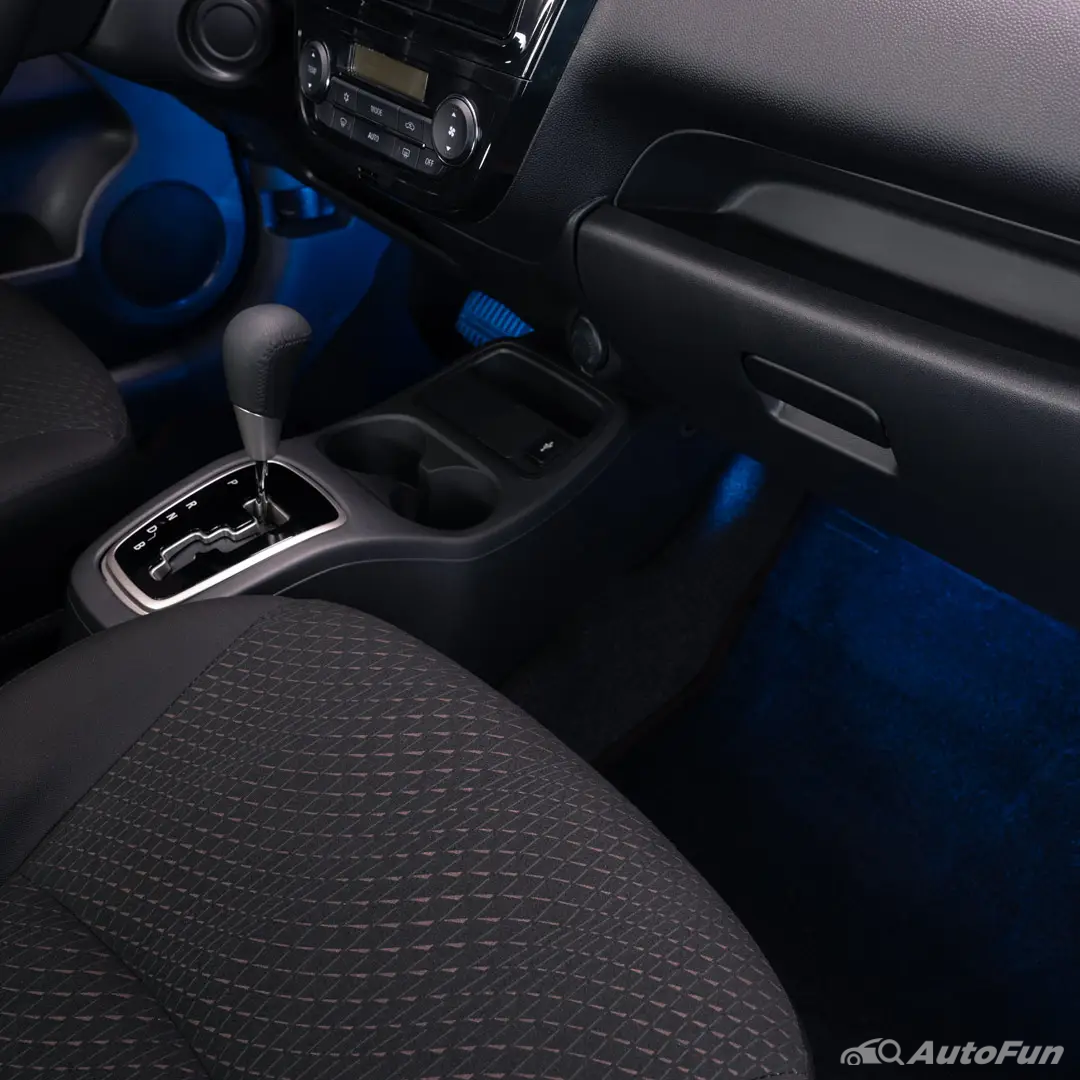 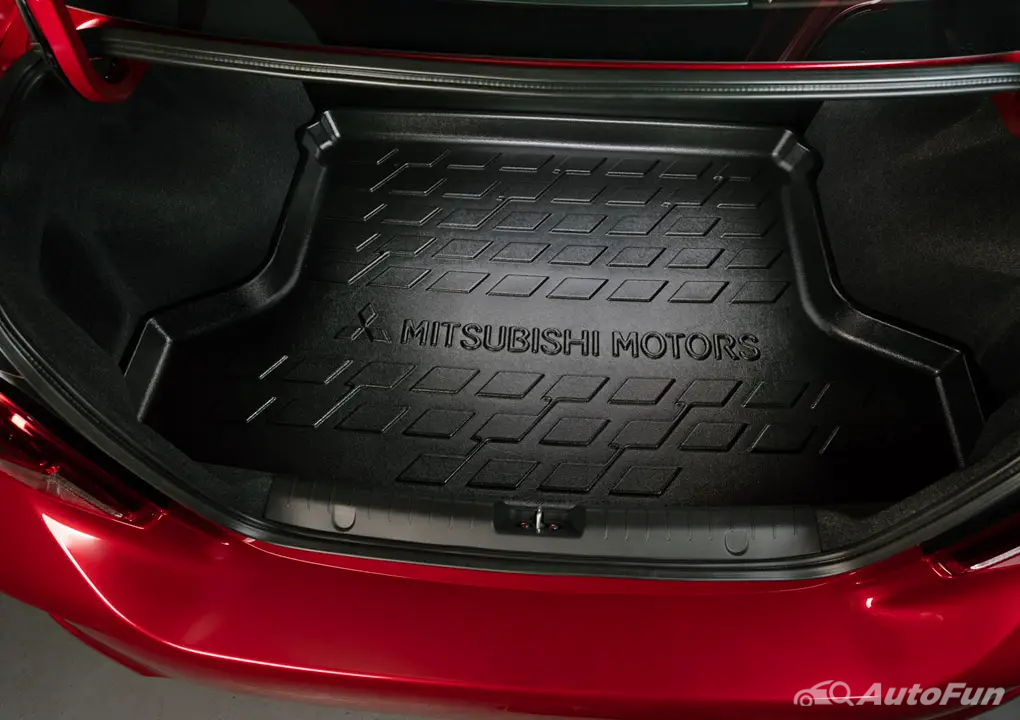 The Mirage G4 GLX and the GLS Black Series get their power from a 1.2-liter, 3-cylinder gasoline engine with Mitsubishi’s Innovative Valve-timing Electronic Control System (MIVEC). This naturally aspirated engine produces 76 hp and 100 Nm of torque. Transmission options are either a 5-speed manual transmission or a CVT. According to Mitsubishi, the Mirage G4 can yield 20 km/L in fuel efficiency. This is mainly due to its lightweight and aerodynamic design, which helps it squeeze the most out of every liter of fuel. According to the EPA, the Mirage G4 renders 35/41 mpg city/highway with the optional CVT. However, its fuel economy drops to 33/40 mpg for the standard manual transmission. 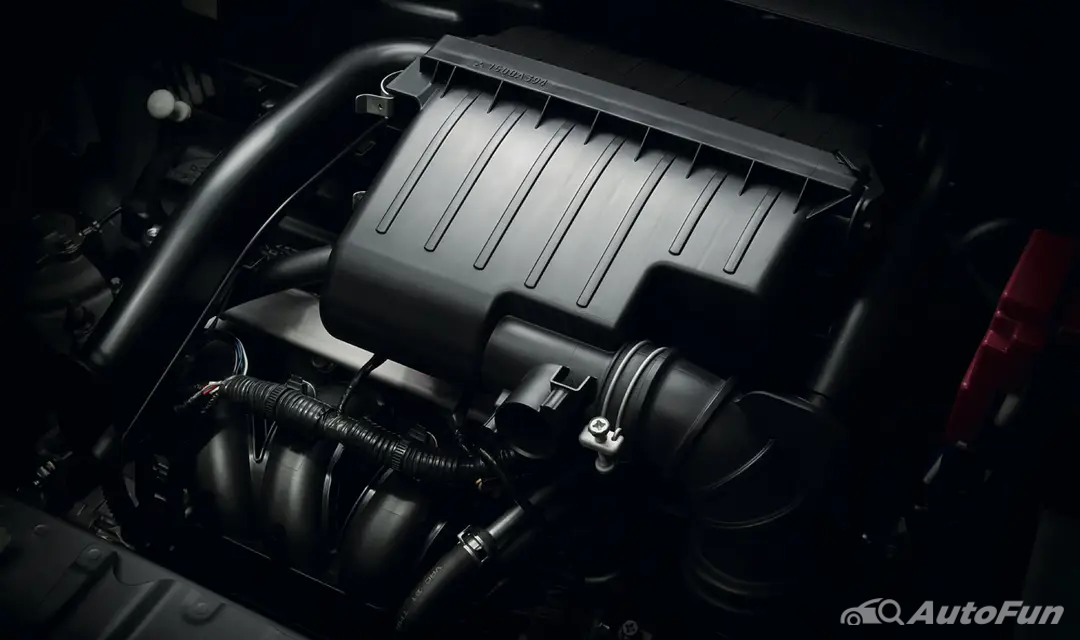 The Mirage G4 GLX and the GLS Black Series have MacPherson struts with coil springs and stabilizer bars for the front suspension. The rear suspension system uses a torsion beam with coil springs and shock absorbers. Ground clearance is rated at 170mm with a tight turning radius of 4.8 meters. The updated Mirage G4 also comes with new 15-inch alloy wheels with 185/55-sized tires. On the other hand, the Black Series GLS comes with 15-inch alloy wheels finished in gloss black. As for the brakes, 14-inch ventilated discs are mounted up front with 8-inch leading and trailing drums in the rear. ABS with EBD comes as standard. 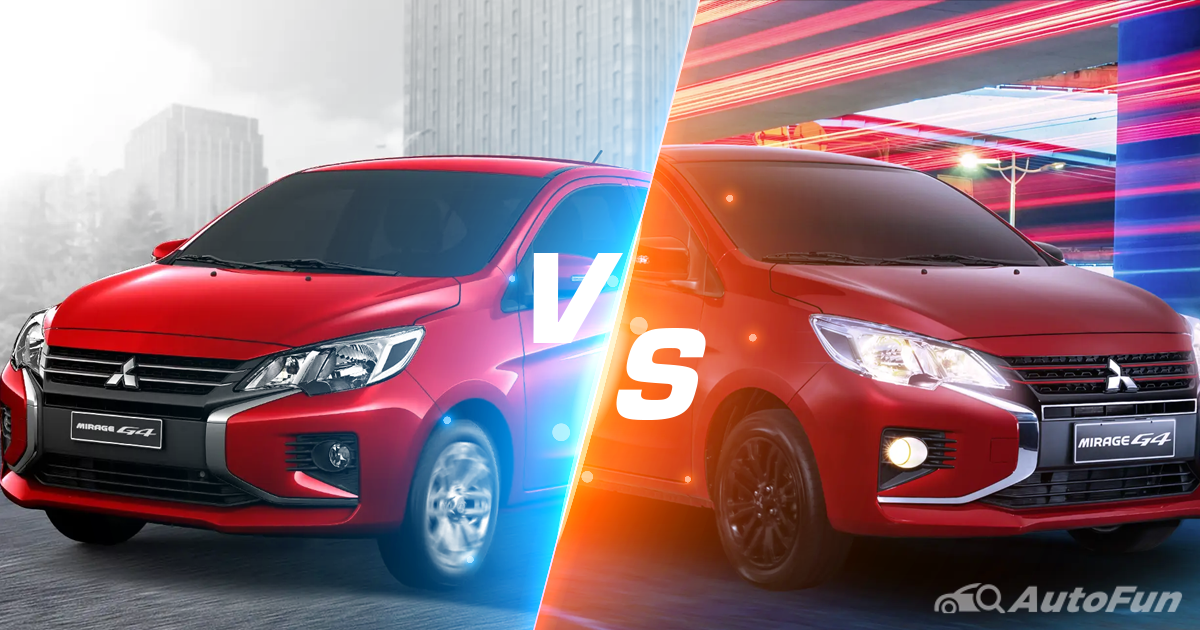 The Mirage G4 is one of the most sought-after vehicles in the local auto market thanks to its compact exterior dimensions, fuel-efficient engine, and reasonable price point. Besides that, the Mirage can accommodate up to 5 passengers, and its boot space can load lots of your family’s stuff.

In this case, both models of the Mirage are capable performers. The only difference between them is the “Black Series” treatment, which puts an aesthetic value on the car. While no other performance parts are added, the series does well to make the Mirage G4 a lot better and more distinct.

If you wish to save on buying costs, then the G4 GLX is your best choice. But if you want a different look, the G4 GLS Black Series is your best bet.