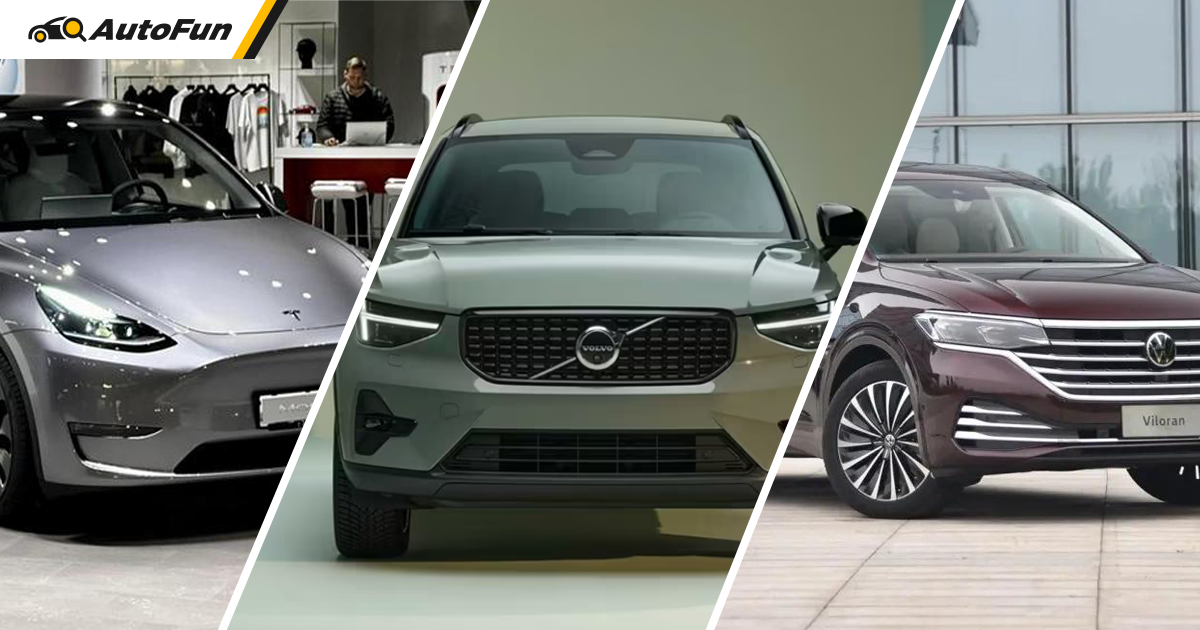 There’s a popular saying in the Philippines, “God made everything; everything else was made in China.” Its origins were a bit derogatory in that the connotation for anything made in China was one of unreliability, unrefinement, and poor quality control.

That is not so true now, though. In recent years, car companies like FAW, SAIC, Dongfeng, Geely, and GAC have been churning out really good cars with a nose for exactly those things that made people shy away from them all those years ago.

Part of that success is down to how these companies came into the modern age – joint ventures.

It’s no secret that for foreign automakers to enter the Chinese market, the Chinese Communist Party made it a rule that they had to enter into joint ventures with local companies. Pretty soon after, any company you could name had a joint venture with a Chinese automaker, too, in the spirit of technological exchange.

One of these companies was Volkswagen. To enter the market, they partnered up with both FAW and SAIC to produce cars in China for the Chinese market. They started well before anyone else, signing their first joint venture with SAIC in 1984 to produce cars in Shanghai. 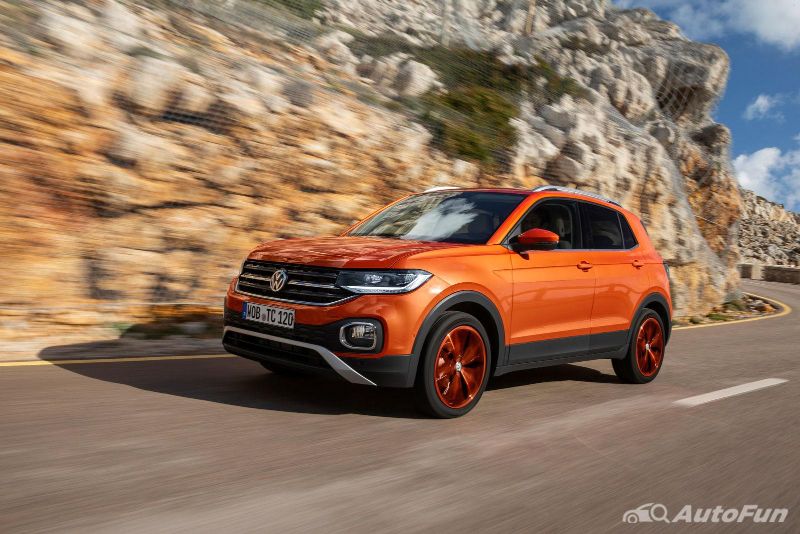 Soon after, Volkswagen entered into a joint venture deal with First Automobile Works in 1991 to produce more cars in Jilin. Thanks to these decades-long partnerships, Volkswagen is the largest brand in China in terms of sales. Volkswagen China’s sales make up 50% of Volkswagen Auto Group’s global numbers in 2021 – not a small number for a company fresh out of Dieselgate.

For now, though, Volkswagen China produces nearly all of the company’s global products specifically for sale in China, even specialty cars like the Audi Q8 e-tron and the ID. series of cars from Volkswagen, and even market-specific vehicles like the Volkswagen Viloran, a seven-seater luxury minivan that costs upwards of ₱2,500,000.

What this means for FAW and SAIC, though, is that they benefit from the shared manufacturing techniques that Volkswagen develops with them, which they then apply to their products. This progress shows how quickly FAW and SAIC products grew in refinement and luxury – look at FAW’s flagship, Hongqi.

For Dongfeng, they bagged partnerships with former Renault-Nissan, Honda, Peugeot-Citroen, and Stellantis. That meant that they could build cars from those automakers in China for the Chinese market, like the Nissan Navara (also known as the Dongfeng Rich 6), the Honda HR-V, and its electric version, the e:NS1.

Unlike FAW and SAIC, though, most of Dongfeng’s standalone products are the result of badge engineering from older-generation cars from their partner brands, for example, the Venucia e30 EV, a rebadged first-generation Nissan Leaf or the Fengdu MX7, which is totally “not” a T31 Nissan X-Trail.

Between the badge-engineered Nissan and Honda products, though, Dongfeng has also opened partnerships with commercial truck manufacturers to produce trucks and buses. 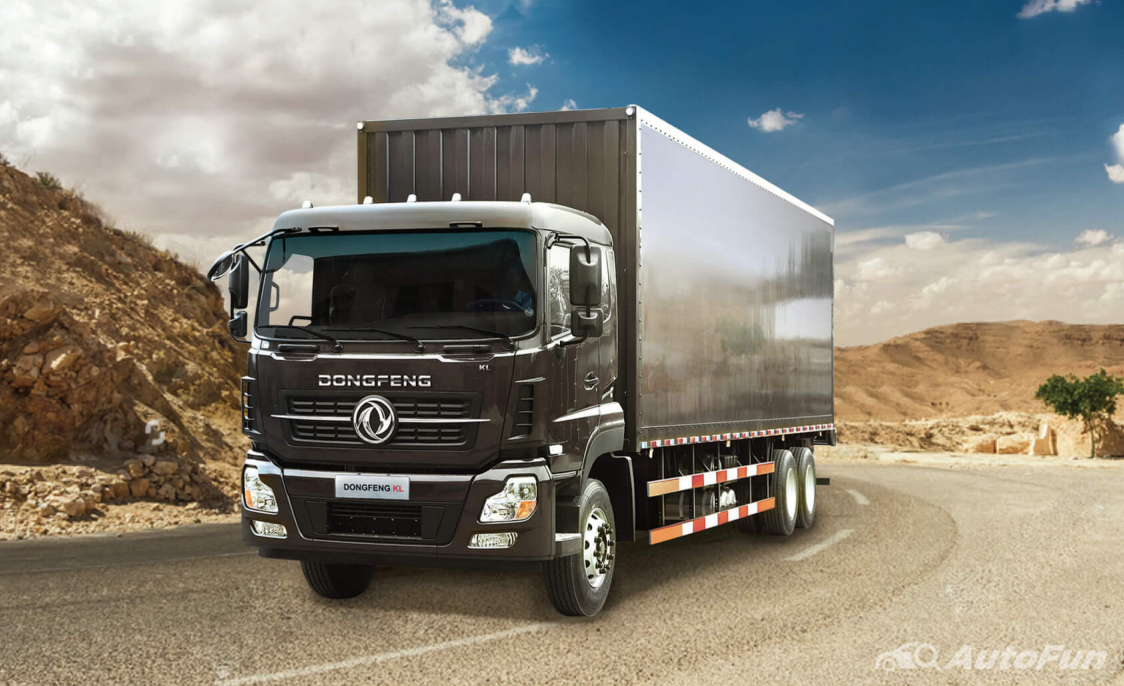 Beyond that, Dongfeng has developed its manufacturing prowess, which has borne car brands like Aeolus and Fengxing.

However, Geely has gone a step further and purchased a stake in the company they’re partnered with, Volvo. This cooperation has proved mutually beneficial for both Geely and Volvo, as Volvo has enjoyed much freedom in creating designs with Chinese money.

Still, at the same time, Geely enjoys a technical exchange that was previously unavailable to them. It’s why we get the Geely Coolray and Volvo XC40, and it’s Geely’s money that funded the Lynk&Co 03 Cyan.

Outside of its partnership with Volvo, though, Geely has manufactured its own line of SUVs, like the Azkarra and Okavango, which have no Volvo counterparts.

Unsatisfied with the Swedish marque, Geely acquired ownership of Lotus, as well as Volvo’s in-house tuning company Polestar. In the realm of motorcycles, it acquired the Italian Benelli motorcycle company.

What sets Geely apart from the others we’ve talked about is that this isn’t a technological exchange between partners. Instead, this is a larger Chinese conglomerate funding and benefitting from a smaller, Western manufacturer. It’s not a bad thing, of course, since the Conglomerate has the money that gives these manufacturers the freedom to design cars we actually like. It’s a different way they’ve gone about the joint venture clause.

Finally, the GAC Group from Guangzhou is a marque that doesn’t belong on this list for all intents, chiefly because it doesn’t have a partnership with Western companies. Instead, they’ve stayed quite independent of Western influence, instead going for Western designers and engineers to run their operations to make these cars attractive to the global market. The extent of their partnerships goes towards co-developing drivetrains and other components, like their latest minivan, the GM8, which runs using a Toyota-derived Hybrid system, or their subsidiary Hycan, which uses Electric drivetrains from Chinese EV manufacturer NIO.

There is one exemption to the rule, however – Tesla. Tesla is the only automaker allowed to operate in China under full foreign ownership. While it may not be clear why, it could be that it’s one of the earliest EV companies available, a test to see if the proposed legislation could work, or a combination of both. Whatever the reasons, Tesla was allowed to operate their Gigafactory in Shanghai effectively under full foreign ownership because while it’s under Tesla Hong Kong, it’s operated by the Tesla Headquarters in Texas.

There’s trouble on the horizon, however, as recently proposed legislation looks to nullify the Joint Venture requirement and let foreign automakers operate in their country independently. The mere notion that it would become law was enough for some big European automakers – like Volvo, who announced in 2021 that they were buying out Geely’s stake in their company to become again fully Swedish-owned. BMW, the fabled German company that also built the infamous Messerschmitt fighter plane, started a joint venture with Brilliance Auto in 2003 named BMW Brilliance but decided to buy a majority stake in the company to take control of their Chinese operations effectively.

So what does this mean for the future of these Chinese Joint ventures? If the rule goes through, automakers don’t need to partner up with local Chinese brands anymore and can run their operations without bending to the will of a local manufacturer.

What about them, though? How will local manufacturers cope without the assistance of a large, global conglomerate? Pretty well, actually. Aside from the fact that they’ve learned how to be international, they’ve also become capable of producing their global-quality vehicles that do very well in other countries.

The future bodes well for Chinese automakers, and they’re well on the way to becoming sought-after products. Watch this space because soon you might be trading in your American car for a Chinese car, and you won’t be able to tell the difference.

Source: It’s just business: How “Made in China” became a world-class automotive trademark