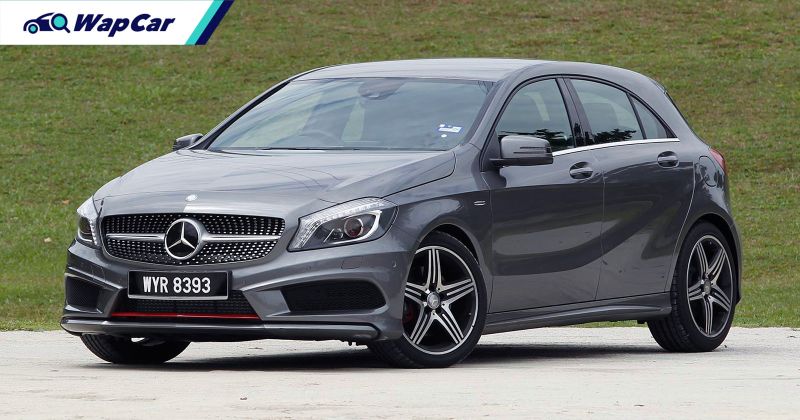 The W176-generation Mercedes-Benz A-Class was the renaissance model that made people forget its predecessors. It looked the part and was a sales success that attracted the younger demographics. 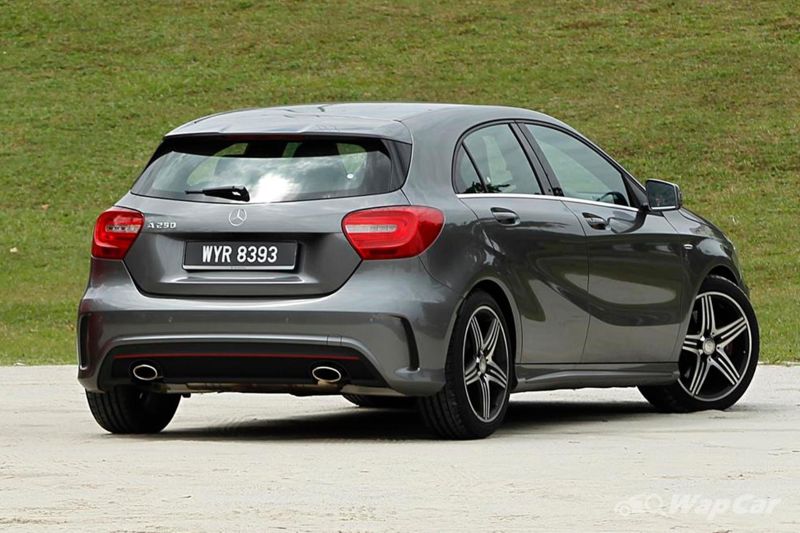 Once sold around the RM 200k mark, a used W176 Mercedes A-Class can be found listed for as low as RM 88k, which is in the region of a brand-new Toyota Yaris or Honda City Hatchback. If that sounds attractive and you’re considering a used W176, you’ve come to the right place.

How many variants are there? 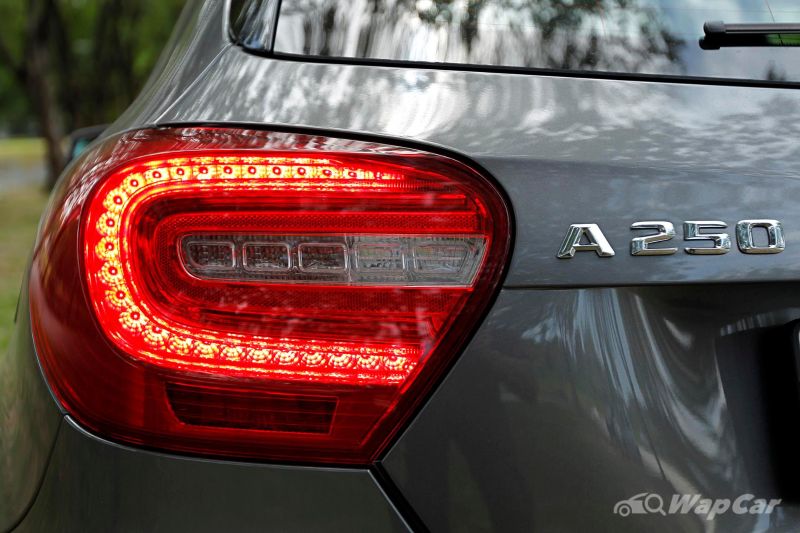 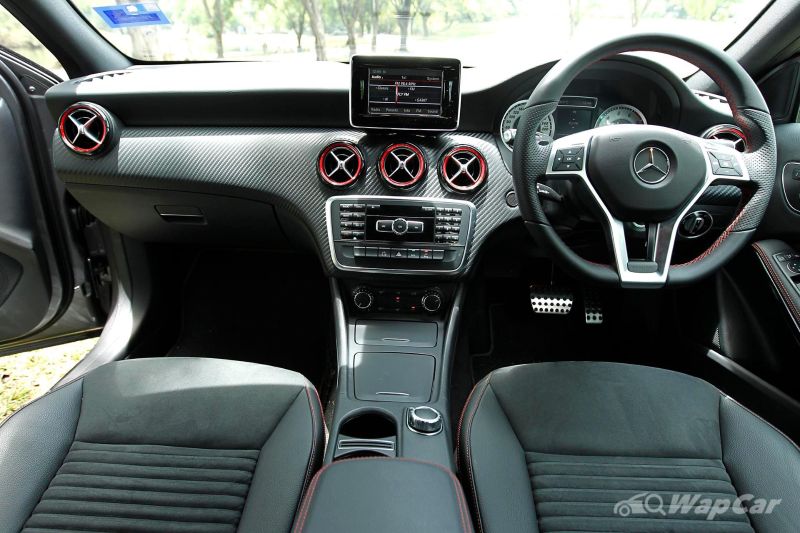 The A250 is powered by a 2.0-litre turbocharged 4-cylinder engine with 211 PS/350 Nm and is mated to a 7-speed DCT. Both variants send power exclusively to the front wheels. 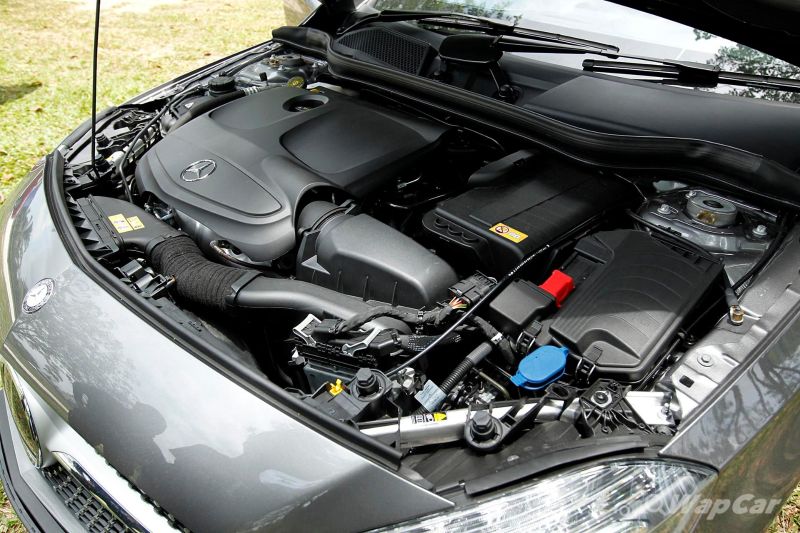 In terms of exterior, the A200 wears the Urban Line package while the A250 gets the more aggressive-looking AMG Line outfit with lowered AMG sports suspension. 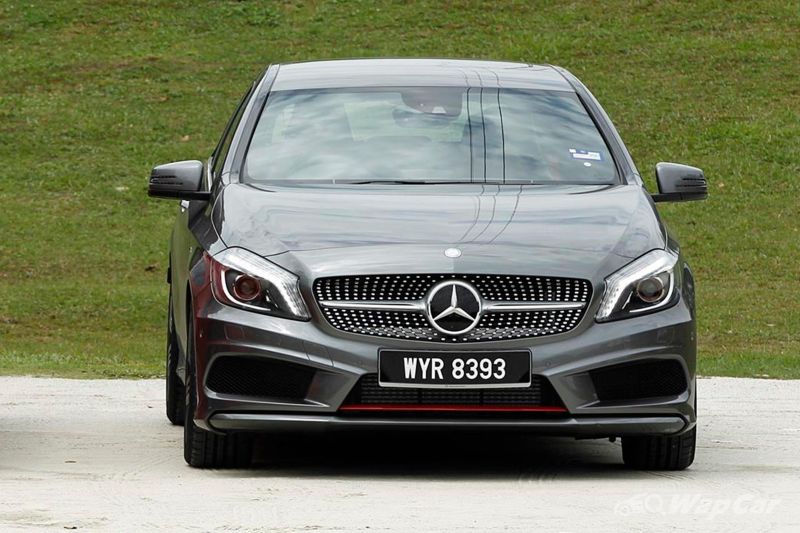 As for changes in the facelift exercise, it gets subtle exterior revision with redesigned bumpers, revised headlamp and taillamp graphics, new steering wheel design, and updated infotainment system. Also, the A200 facelift gets the same AMG Line package as the A250.

Which variant to pick? 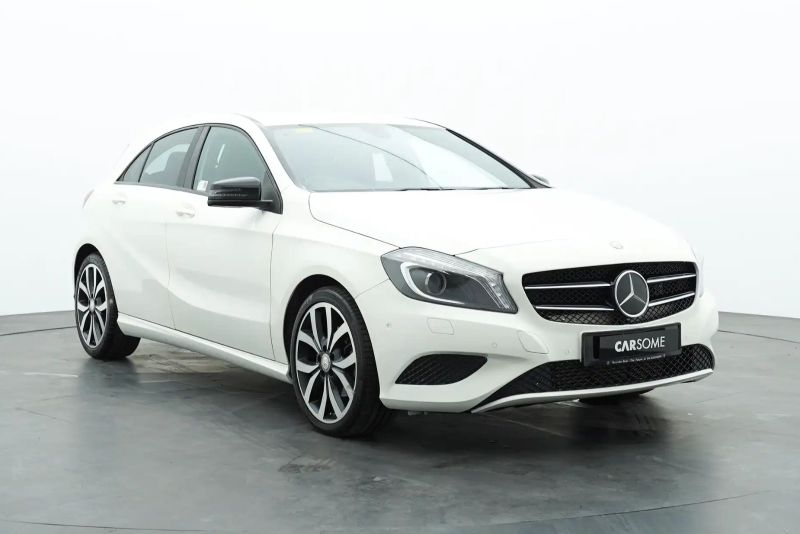 That would depend on your tolerance for discomfort. The W176 A-Class is known for its harsh ride and the A250’s sports suspension amplifies the harshness. 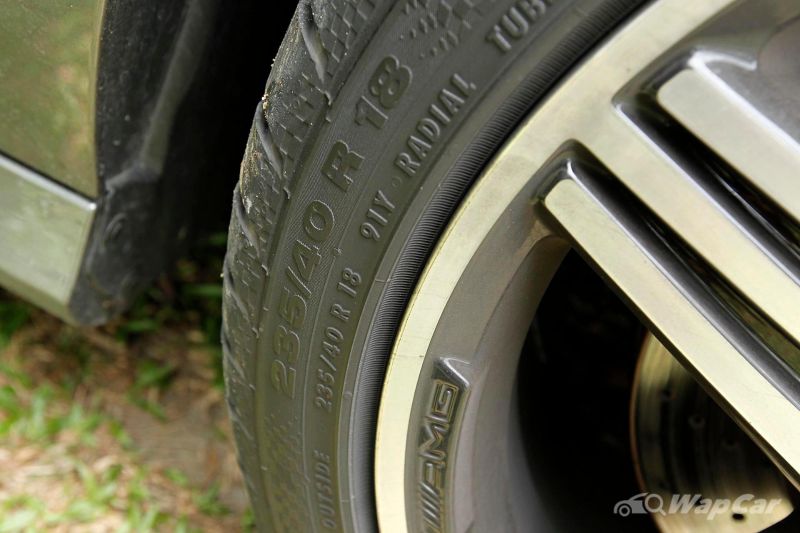 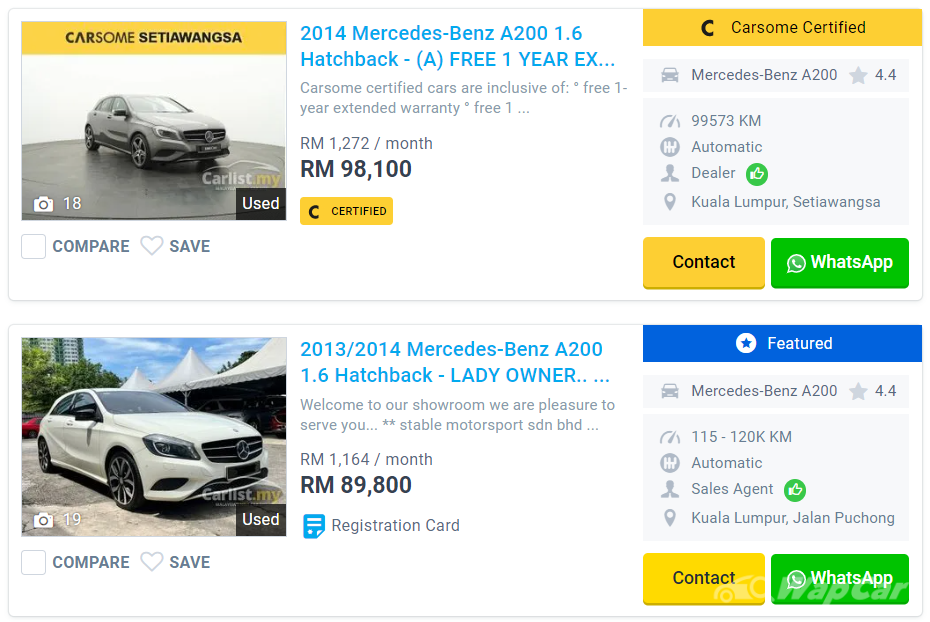 Any common problems to look out for?

Speaking to Mr Nizam from Merz Auto Garage in Taman Melawati, we were told that one of the most common issues on the W176 is the failing of the Oxygen Sensor (O2 Sensor). A check engine light will likely appear. Replacing the O2 Sensor will cost around RM 650.

Another common issue is the wheel speed sensor. A faulty sensor will affect the car’s braking and stability control system. A replacement will set you back RM 300 per corner.

The automatic start/stop may malfunction, likely due to the auxiliary battery. For the W176 A-Class, there are two batteries, the main starter battery in the engine bay and the auxiliary battery, located where the spare wheel is. A replacement would cost around RM 300.

How much to maintain?

A normal service (engine oil and oil filter change) will set you back around RM 500 while a major service (with spark plugs, various filters, etc.) can cost north of RM 1,000.

Genuine replacement parts for the front and rear brake pads can be found for around RM 350.

The DCT in the A-Class is said to be a relatively trouble-free unit as there aren’t many complaints of failures. But when the time comes to replace the clutch pack it will cost around RM 4,000. A fluid change costs around RM 900. 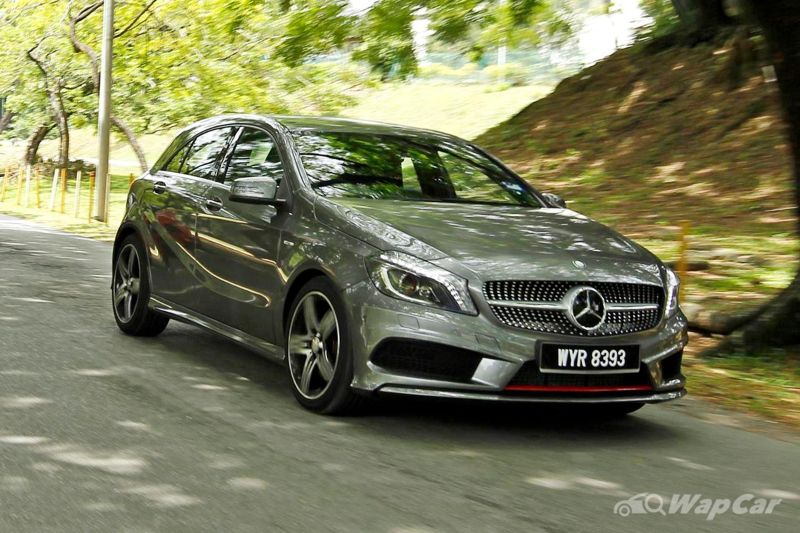 Despite being a decade old now, the W176 A-Class still oozes style and catches eyes on the road. For similar money to a brand-new Toyota Yaris or Honda City Hatchback, you could rock in something similar-sized with a three-pointed star. Check out Carsome’s listings of the W176 Mercedes-Benz A-Class via this link here.

Also read: Used German cars: A Mercedes-Benz is more reliable than a BMW, fact or myth?

From 22-December 2022 to 21-January 2023, we’re having the WapCarnival where you can redeem prizes just by reading our articles on WapCar. More details here.

Also read: Stand to win a DDPAI dashcam and other prizes just by reading WapCar in our first WapCarnival