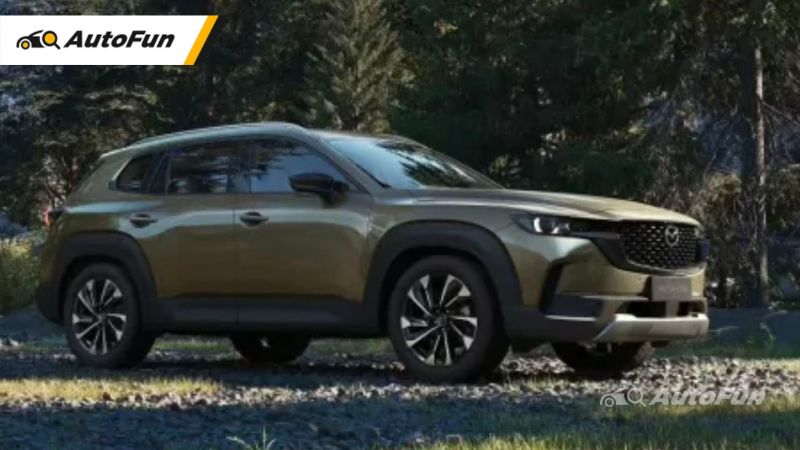 Although the rear-wheel-drive Mazda CX-60 and Mazda CX-90 have been hogging the headlines recently, Mazda has another sharp-looking crossover.

The Mazda CX-50 isn’t poised to take on the likes of BMW and Mercedes-Benz unlike its larger stablemates. Instead, it uses a larger version of the excellent-handling, front-wheel-drive Mazda3 platform and is a bit larger than the Mazda CX-5 crossover.

But the mere fact that Mazda has just  introduced the CX-50 in China and has assigned local assembly to the Changan Mazda joint-venture manufacturing facility in Nanjing, might be a sign of its possible consideration for the Philippine market. We are a left-hand drive country like China after-all.

According to our colleagues in Wapcar Malaysia, the Chinese-built Mazda CX-50 will have both 2.0- and 2.5-liter naturally aspirated Skyactiv-G engines. The six-speed automatic transmission will remain while cylinder deactivation will help make the 2.5-liter more fuel-efficient. 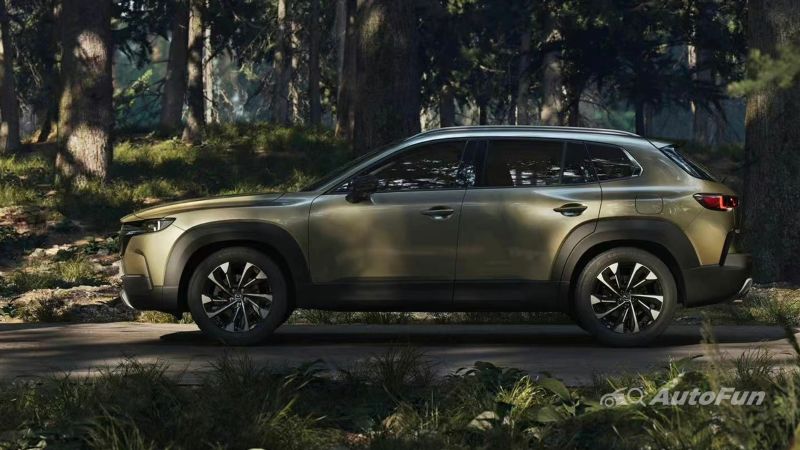 The Japanese carmaker is positioning the CX-50 as a sort of off-roading station wagon, similar to the Subaru Outback, with swathes of black plastic cladding lining the lower bumpers and the fenders.

Up front, you get Mazda’s familiar “Kodo” design, which includes thin headlights, a prominent grill and chiseled side vents.

At the rear, familiar styling cues from the Mazda lineup include wraparound LED taillights and a large rear bumper to fend off the most fearsome foliage (or shopping carts).

The CX-50’s cabin is typical Mazda – premium materials with eye-catching shapes like the vertical air-conditioning vents and the solitary vent in the middle of the dash.

Other nice touches include the panoramic moonroof, the cleverly placed touchscreen infotainment system and the contrast stitching, which is normally seen in ultra-luxury cars like Bentley and Rolls-Royce.

Under the hood, buyers can choose between a naturally aspirated or turbocharged version of Mazda’s familiar 2.5-liter, twin-cam, 16-valve inline-4 Skyactiv gasoline engine.

The all-motor 2.5 produces 190 PS and 252 Nm of torque, while the turbo model pumps out 260 PS and 434 Nm of torque. Both are mated to a 6-speed automatic gearbox with optional all-wheel drive.

The CX-50 was premiered by Mazda North America on November 2021, with sales starting on January 2022.

The crossover is also built in the U.S. at the Mazda Toyota Manufacturing USA plant, alongside the unrelated Toyota Corolla Cross.

This is not the first time that Mazda and Toyota have collaborated. The current-generation Mazda2 was sold in the United States as the Toyota Yaris and the Scion iA.

In addition, a hybrid version will reportedly be made available in the future, with the help of Toyota.

And again, we reiterate, the Mazda CX-50 is also built in China under Mazda’s joint venture with Chinese carmaker Changan.

Do you think the CX-50 would sell well here in the Philippines?

Source: The Mazda CX-50 is now being made in China