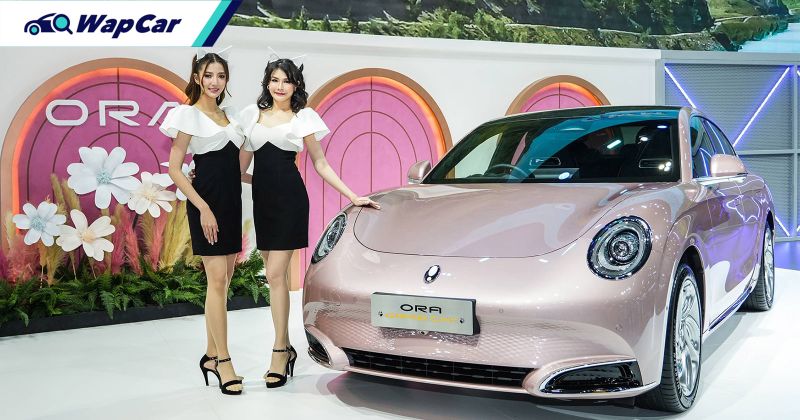 The Ora Good Cat has some Malaysians looking smitten over its adorable looks but if you wanted something more mature, then we have a feline feeling you might like the Ora Lightning Cat which made its right-hand drive (RHD) debut at the 2022 Thailand International Motor Expo (TIME). 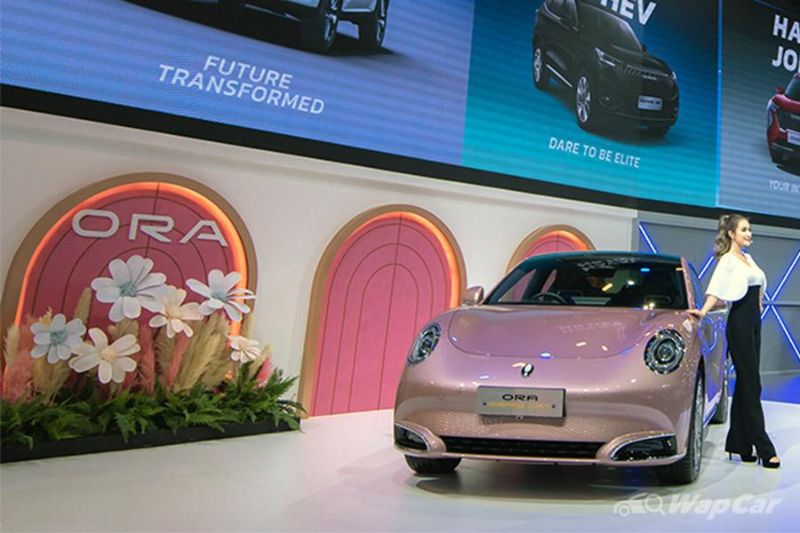 We have to make a bit of clarification though before we proceed because the Lightning Cat shown in Bangkok earlier this month goes by another name, the Ora Grand Cat. The “grander” name is likely to be the name used if the Panamera-looking electric vehicle (EV) were to be launched in the Kingdom.

Obviously, we must explain the elephant in the room which is the uncanny similarity the Grand Cat has to the Porsche Panamera in looks. The Good Cat which is already making waves in Thailand is styled by former Porsche designer, Emanuel Derta but it’s unknown if he has any input for the Grand Cat’s design.

Also read: Ora Good Cat dominates Thai EV sales in first half of 2022 – Can it be repeated in Malaysia? 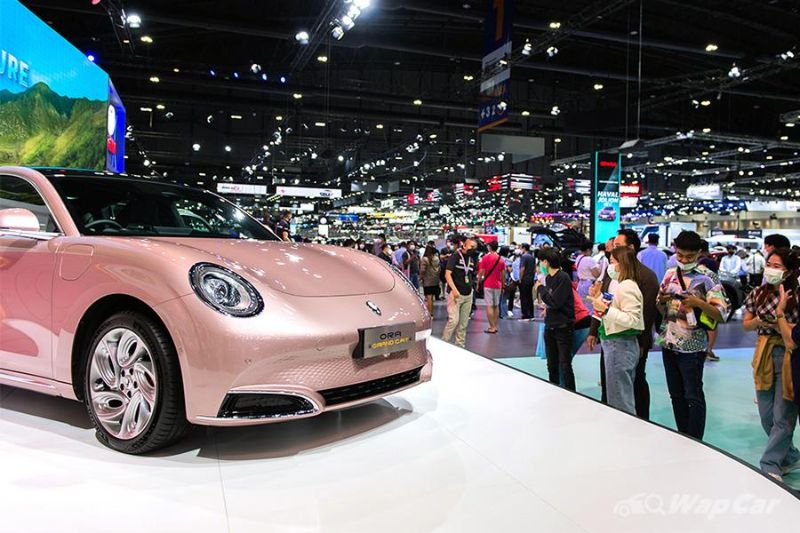 Just like the rest of Ora’s line-up, the Grand Cat is meant to appeal to female buyers who wanted something larger than the Good Cat. It is planned to be GWM’s cutesy EV brand’s next model to be introduced globally. 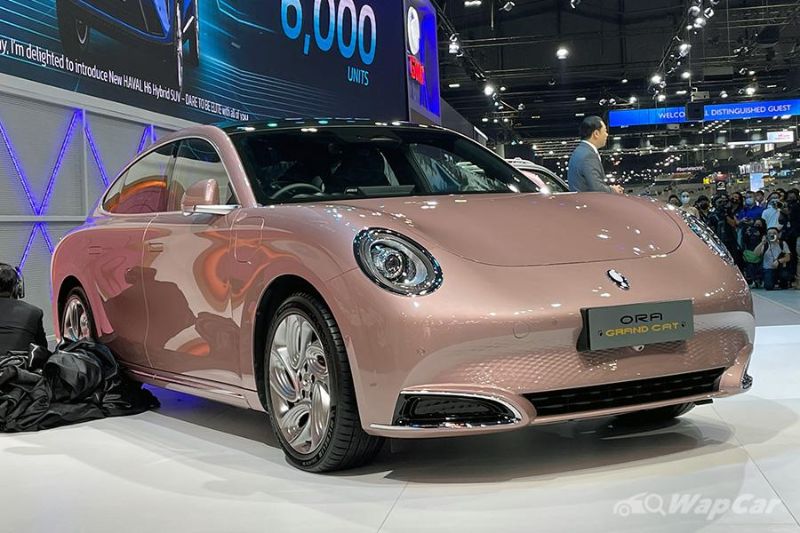 As mentioned earlier, the Grand Cat shown at TIME 2022 is an RHD unit which is also the first time the Accord-sized EV is making its appearance outside of China.

According to GWM Thailand’s press release, the Grand Cat shown at the motor expo is powered by a pair of electric motors located on each axle. Combined, the electric motors make 408 PS/680 Nm and the EV goes from 0-100 km/h in 4.3 seconds. 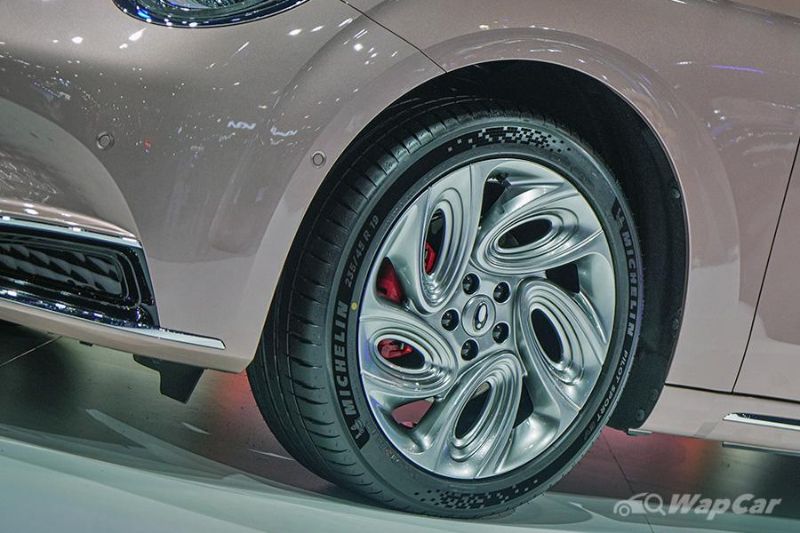 It has a range of 550 km on a single charge according to NEDC standards but there’s no mention of the battery juicing up the Grand Cat shown in the Kingdom. Based on the four-wheel drive layout, we would think that it’s juiced up by an 83.49 kWh battery pack as seen in the Chinese equivalent. 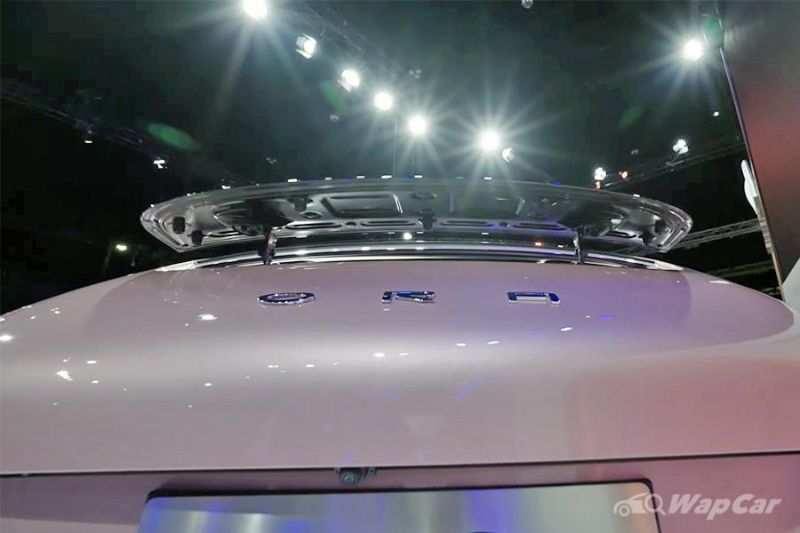 More than just some urban EV like the cutesy Good Cat, the Grand Cat shown in Thailand comes with some sporty enhancements including an active inlet grille, an electric rear spoiler, and “exhaust synthetic noise” so you can add some noises to your normally silent EV as it passes by. 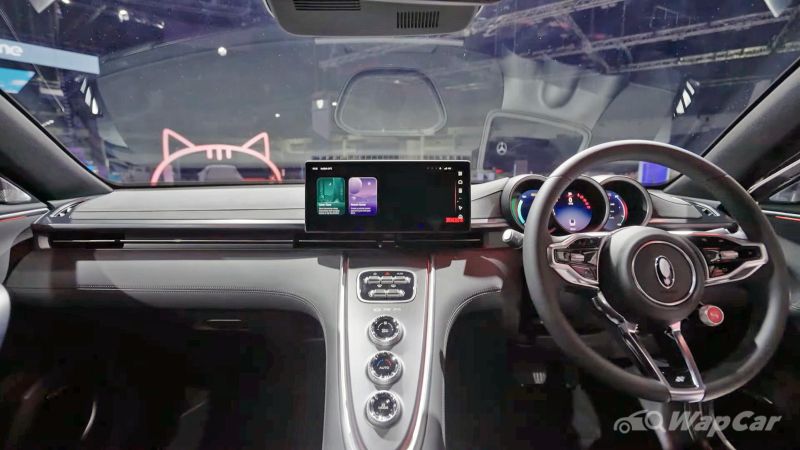 The Grand Cat is also equipped with Ora Autopilot 3.0 which is aided by 28 sensors and 12 ultrasonic radars that are located around the car. The interior is equipped with a 12.3-inch multimedia touch screen, 11 Infinity speakers with an independent amplifier, as well as electrically-operated front seats with massage and cooling functions.

Those all do sound grand but GWM Thailand and Ora have not yet revealed when the Grand Cat will be introduced in the Kingdom. Given the success of the Good Cat in the Land of Smiles, it’ll probably be sooner rather than later. 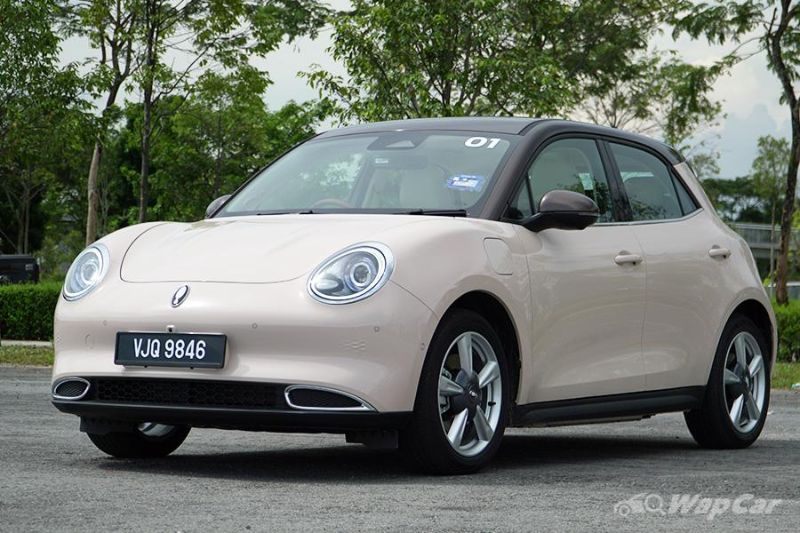