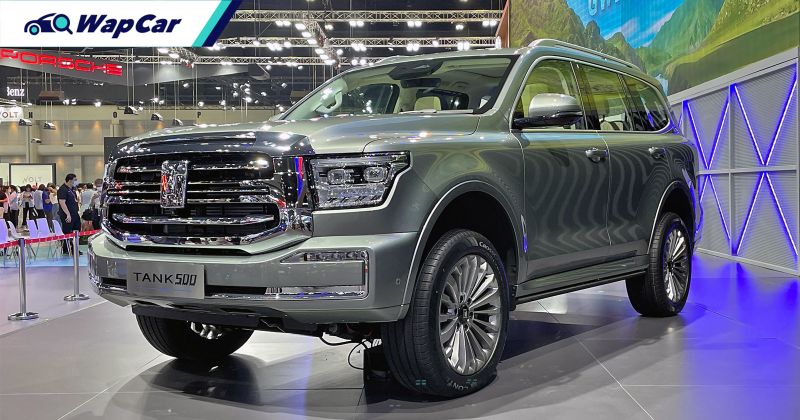 GWM Thailand is pulling all the stops at the 2022 Thailand International Motor Expo (TIME) as the halls of Impact, Muang Thong Thani lit up with the Chinese carmaker’s latest models. Aside from the Ora Grand Cat (the global name of the Lightning Cat), TIME 2022 was also the venue that debuted the Tank 500 Hybrid in right-hand drive (RHD).

It is worth noting that this wasn’t the first time that Thais were introduced to the Chinese SUV that is clearly inspired by the Toyota Land Cruiser. At the 2021 TIME, GWM Thailand unveiled the Tank 500 which was in left-hand drive (LHD). 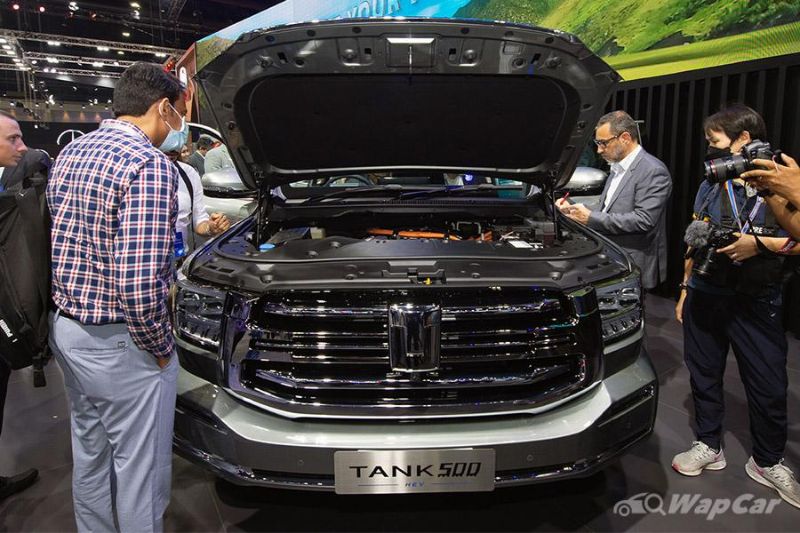 This year around, the Tank 500 shown has the steering wheel located on the right side of the SUV but that isn’t the only difference. Powering the grey behemoth is a 2.0-litre turbocharged hybrid engine.

The engine produces a maximum power of 346 PS along with a maximum torque of 615 Nm and is paired with a 9-speed automatic transmission that sends power to all 4 wheels. 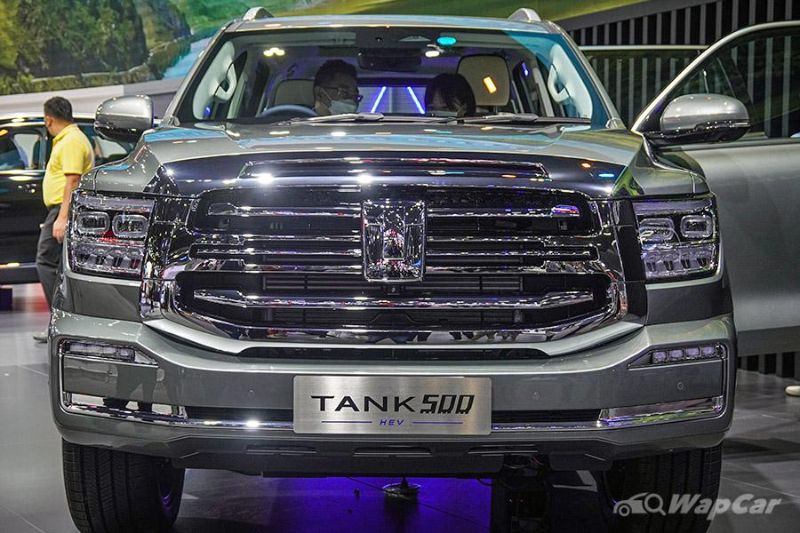 In comparison, the Tank 500 shown last year was powered by a turbocharged 3.0-litre V6 petrol unit hooked up to a 48V mild-hybrid (MHEV) system. The 354 PS/500 Nm engine is also mated to a 9-speed automatic gearbox. 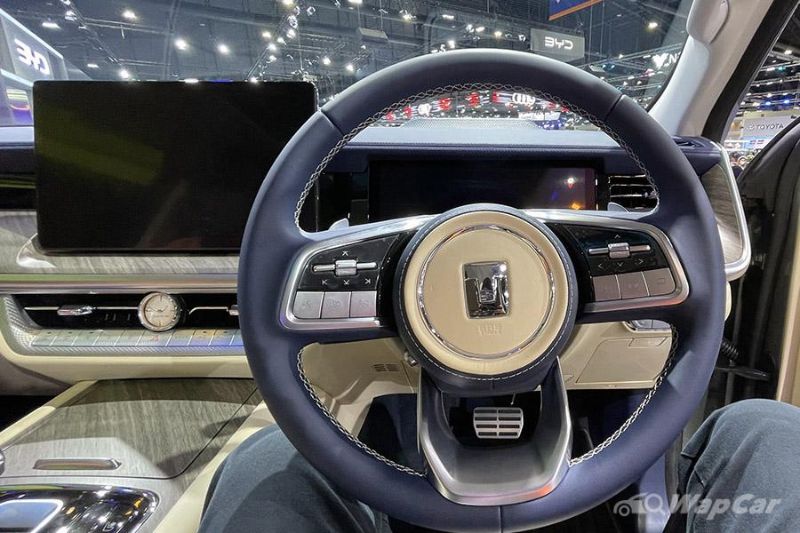 Aside from the powertrain, RHD steering configuration, and grey paintjob, the Tank 500 is essentially similar to the one shown in 2021. The unit shown also acts as a teaser for what is to come for the Thai-spec Tank 500 if it were to be launched in the Kingdom. 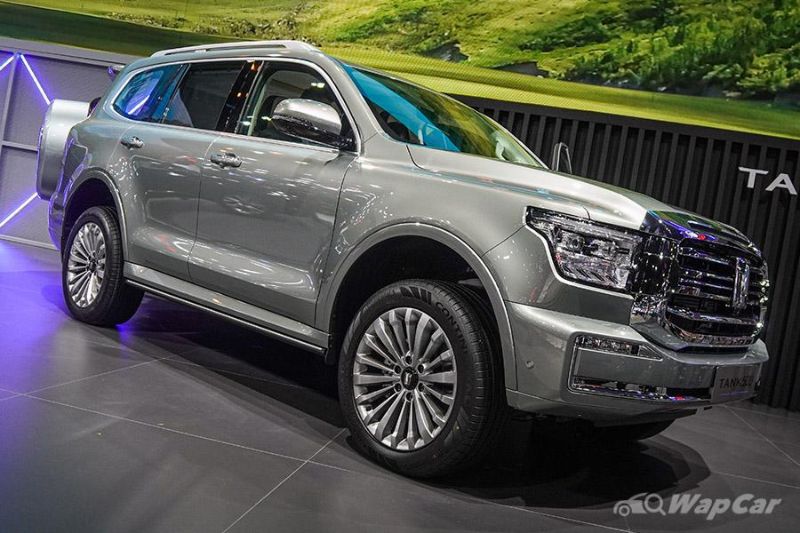 According to GWM Thailand’s press release, the Tank 500 Hybrid is equipped with the latest intelligent four-wheel drive (4WD) system which includes the Tank Turn that allows this beast to move around tight spaces with ease.

Also read: This GWM Tank 500 wants you to forget about the Land Cruiser 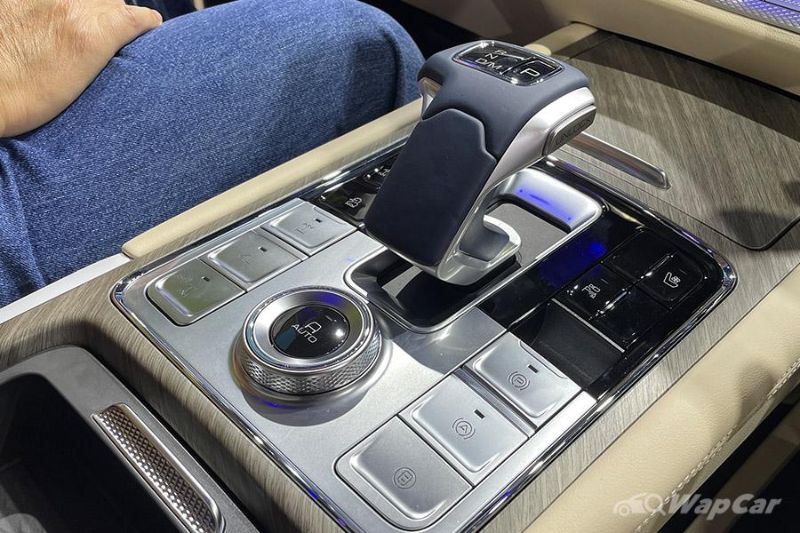 It also comes with front and rear electric control differential locks that help to transfer wheel force to avoid wheel slippage and 11 off-road terrain modes. Still, it’s likely that most buyers would want to keep their Tank 500 clean and on regular tarmac than in the jungle. 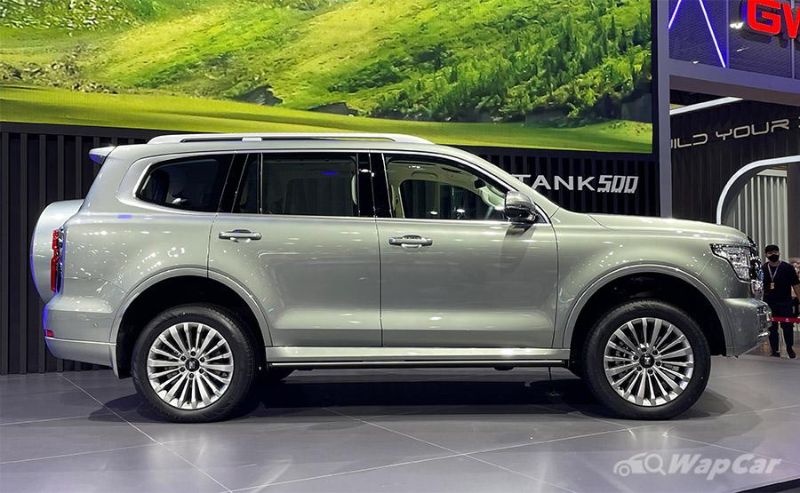 You can’t help but immediately compare the boxy gargantuan looks of the Tank 500 to a legendary name among timber tycoons – the Toyota Land Cruiser. Dimensions-wise, the Tank 500 sits between the Fortuner and the LC 300 in length. 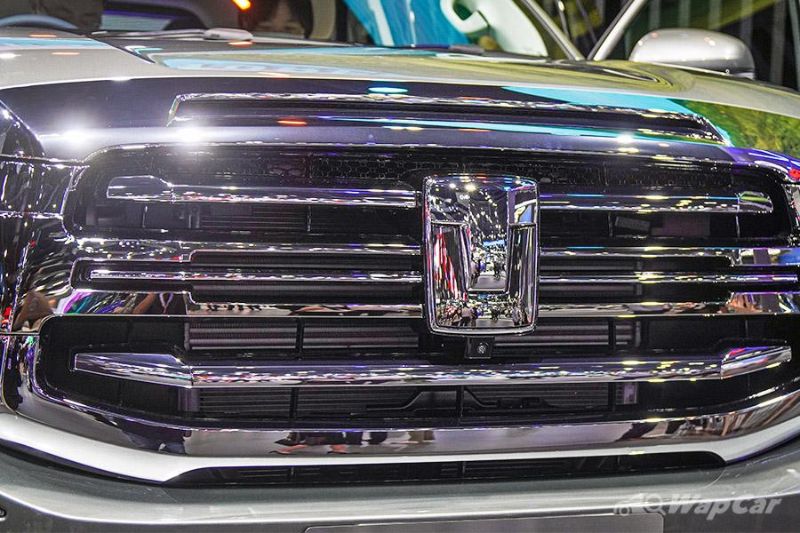 But whether you’re amused or impressed with this Land Cruiser imitation, the Tank 500 is opulent inside and out. It essentially acts as the flagship in Great Wall Motors’ line-up and the old-school design works even if it’s more Middle Kingdom than Middle East. 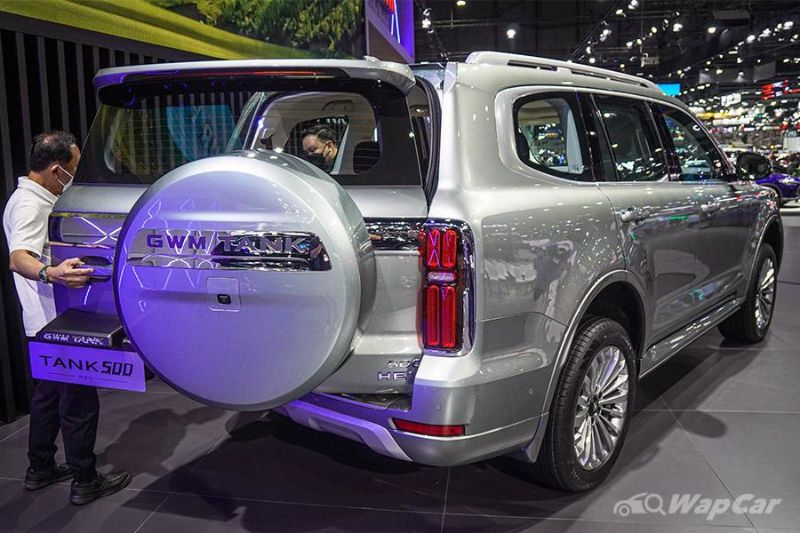 The spare wheel hanging out on the tailgate is simply a throwback to the days when the Pajero and Prado were the kings of the SUV market. 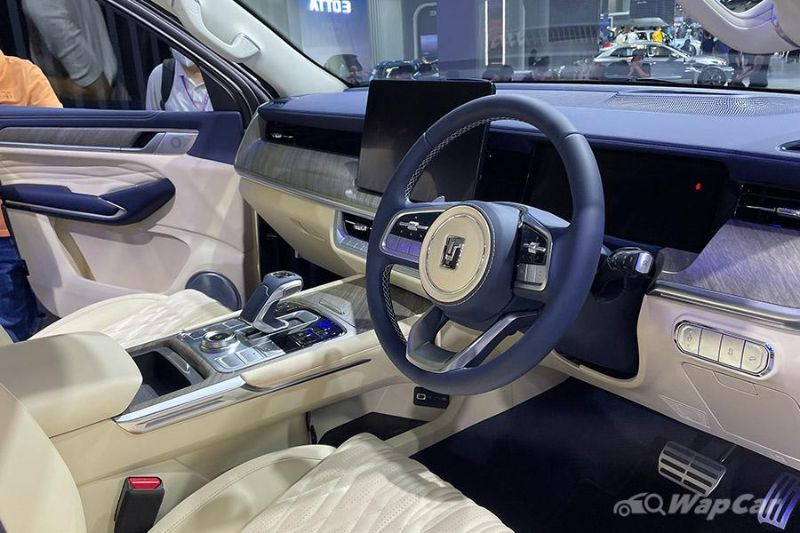 Inside, the 7-seater Tank 500 Hybrid looks opulent with a cream and blue two-toned leather upholstery on the dashboard and doors as well as cream-coloured Nappa leather seats. 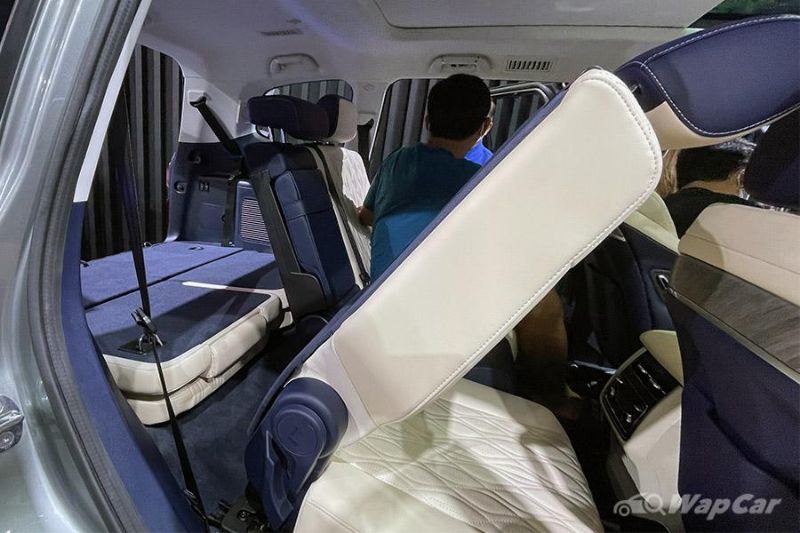 The Tank 500 Hybrid also features a couple of large screens – a 12.3-inch digital driver display and a 14.6-inch central infotainment touchscreen – as well as ADAS safety suite. This includes: 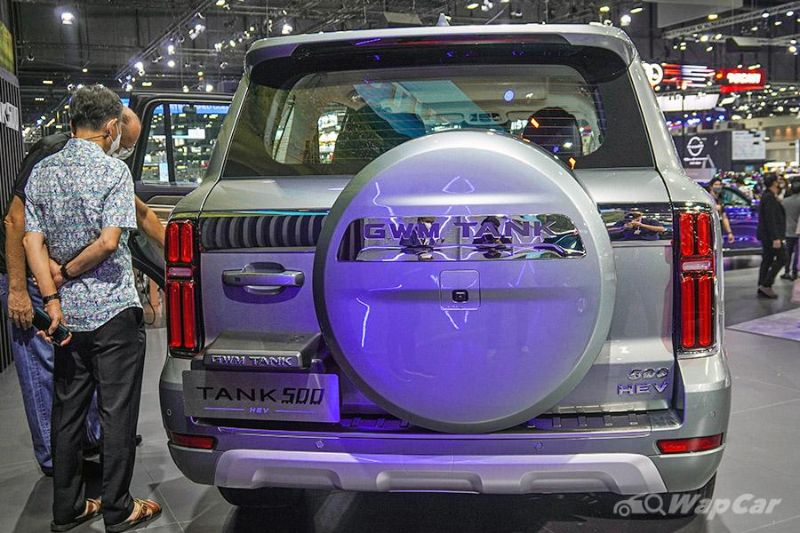 According to our Thai colleagues at AutoFun TH, the Tank 500 Hybrid is expected to go on sale in the Kingdom in 2023. If the price is attractive enough, GWM Thailand could have another winner in its line-up following the success of the Ora Good Cat and Haval H6 in their respective segments.

PHOTOS: The Toyota bYD, errr… bZ3, in the flesh at the Guangzhou Auto Show

Yamaha Lexi: What We Would Like to Updated to Best Motorcycles in Thailand