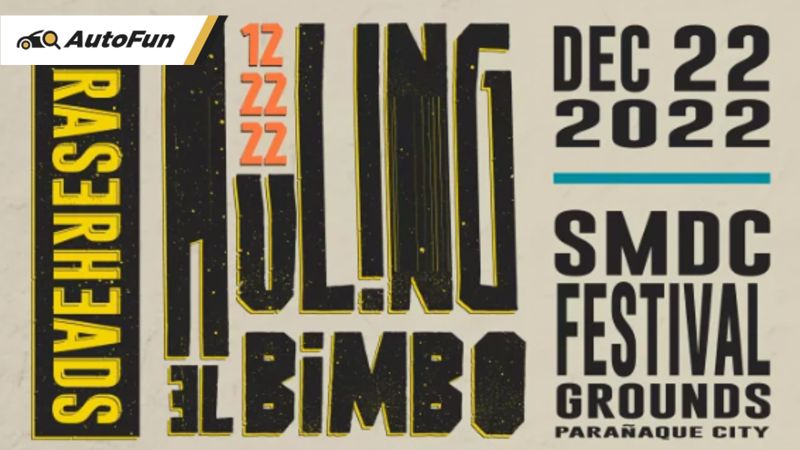 This line from “Alapaap,” a popular song of legendary Filipino alternative rock band Eraserheads, will ring true for motorists in Paranaque City tonight.

The city’s local government announced in a Dec. 21, 2022, Facebook post that heavy traffic congestion is expected on Dec. 22, 2022 at 8:30 p.m. near the SMDC Festival Grounds on Aseana Avenue because of the Eraserheads’ much-awaited reunion concert. Nearby areas that might be affected include SM MOA, Macapagal Avenue, and Solaire Resort and Casino.

“In light of this event, we are encouraging motorists to take alternative routes due to the expected high volume of traffic,” the Paranaque City government said. “Traffic personnel will also be deployed to assist motorists.” 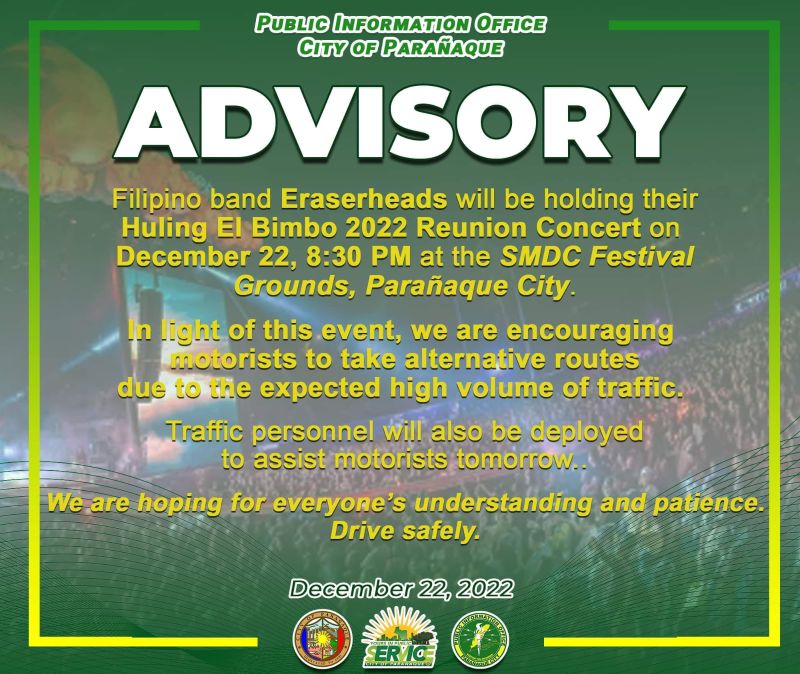 The Eraserheads was formed in 1989 with the merging of two college bands at the University of the Philippines Diliman. The group is comprised of:

The Eraserheads officially disbanded in 2002, only performing occasionally over the last two decades. It also held two reunion concerts in 2008 and 2009.

The band’s latest reunion concert, called “Ang Huling El Bimbo 2022,” comes after the fiasco that occurred in the Dec. 18, 2022 concert of Filipino folk-pop group Ben&Ben at the SMDC Festival Grounds in Paranaque City.

An estimated 65,000 people attended the show, with many demanding refunds because of allegations of lax security, poor crowd control, and long queues.

“We’d like to sincerely apologize to those of you who had a deeply stressful experience with the queuing, the entry into the venue, and the general gaps in the organization of the event,” the group said.

“We will be more vigilant with everyone involved in the planning and preparations of our concerts to ensure that what happened won’t happen again,” Ben&Ben added.

Meanwhile, Marasigan said in a Dec. 20, 2022 tweet that the Eraserheads are coordinating with the organizers to prevent a repeat in their reunion concert.

“We were made aware of the problems,” the drummer said. “The concert promoters, the venue, and city officials are meeting and finding solutions.”