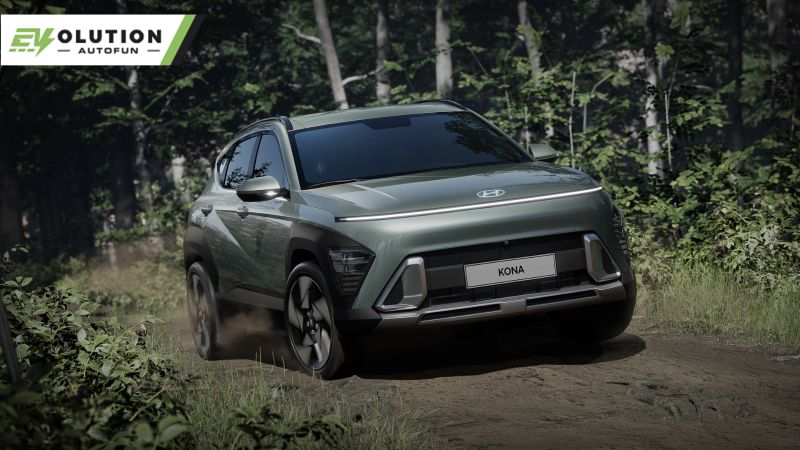 Hyundai Motor Company has just uncovered the wraps on the next generation Hyundai Kona, its subcompact urban crossover, and it looks stunning! The Korean carmaker says the new Kona lineup will include four variants: a full electric vehicle, hybrid electric, an internal combustion engine, and the brand’s sporty N Line trim.

The South Korean car company calls the all-new Hyundai Kona an “upscaled” model and promises it will offer a dynamic road presence and a driver-centric interior as well as a versatile living space.

“With the all-new KONA, Hyundai Motor has brought its commitment to sustainable mobility and technology-led design thinking to expand its EV offerings — innovated and advanced by the award-winning IONIQ lineup — while also meeting the diverse mobility needs of its customers with a variety of powertrains,”  says the company’s presser.

“Upscaled with KONA’s unique character, the all-new KONA confidently expresses its bold and dynamic presence,” said SangYup Lee, Executive Vice President and Head of Hyundai Design Center. “KONA has evolved in every respect to embrace an even wider range of diversity, to become a true lifestyle supporter.” 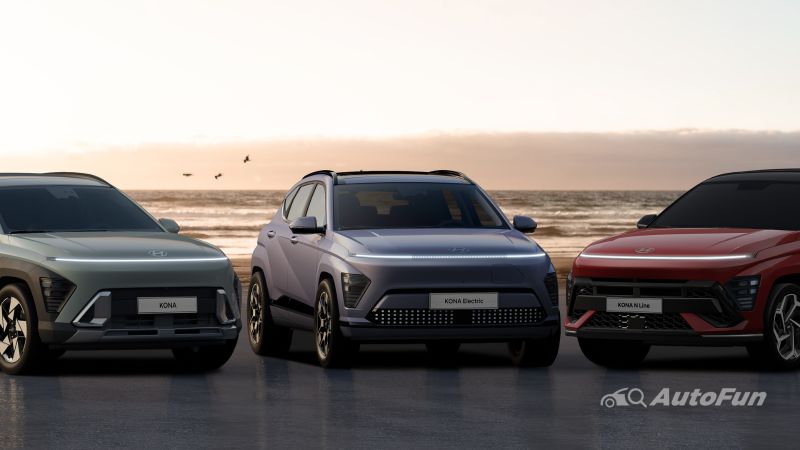 The all-new Hyundai Kona will be longer than its predecessor at 4,355 mm. This is 150mm longer than the previous generation. In addition, it grows 25mm in width and adds 60mm in wheelbase length.

Hyundai claims the all-new Kona began as an EV-based design allowing for tech-based thinking in the ICE, HEV, and N Line variants.

The front end reminds us of the Staria van, itself a futuristic rendition of a people carrier. The distinctive stretched Seamless Horizon Lamp, pixelated on the EV variant, is a design first.

The rear end will likewise feature the Seamless Horizon Lamp. Together with the taillights, the design reminds us of the Stargazer MPV’s back end this time. 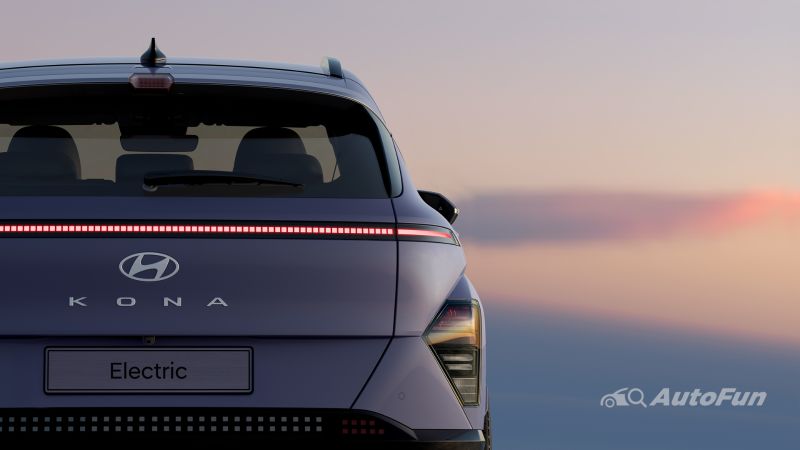 The new Parametric Pixels feature echoes the distinctive Ioniq5’s headlamps, a design element the company says will be expected on its EV line in the future. Hyundai says the new look contributes to the model’s smooth aerodynamic performance.

The distinctive Kona wheel arches, a feature that made the previous Kona stand out among other small SUVs, are still there. They continue to be incorporated with the headlamps and taillamps.

“The all-new KONA is replete with parametric surfaces. The sharp diagonal crease of the sides connects the satin chrome molding from the belt line to the spoiler, creating a contour that wraps around the entire vehicle. The rear features another Seamless Horizon Lamp as well as a high-mounted stop lamp (HMSL) that is seamlessly integrated within the satin chrome molding of the spoiler,” adds the Hyundai presser. 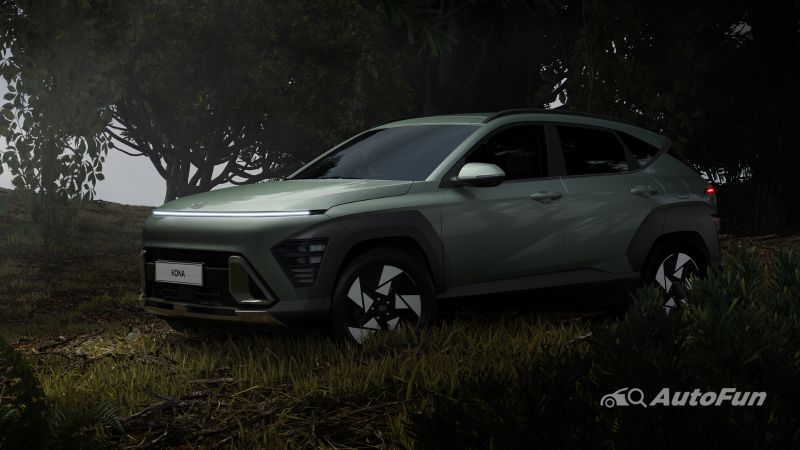 As an EV-first design, the all-new Hyundai Kona will have pixel graphic details on the intake grille and rear bumper, a pixel-inspired 19-inch wheel design, a black embracing line, and optional black side mirrors and roof.

The ICE and HEV variants will feature a rugged bumper and skid plate setup with black wheel arch claddings.

The N Line gets optional black side mirrors and roof, a spoiler, and more aggressive front and rear design elements such as a wing-shaped bumper, 19-inch wheels, twin mufflers, and a silver side skirt.

The all-new Hyundai Kona will be a lifestyle-supporting crossover featuring an evolved in-car experience. A floating horizontal C-pad will emphasize the slim yet wide interiors. A 12.3-inch dual wide display and floating module reinforce the high-tech vibe.

Hyundai says that more details of the all-new Hyundai Kona will be revealed in the coming months.