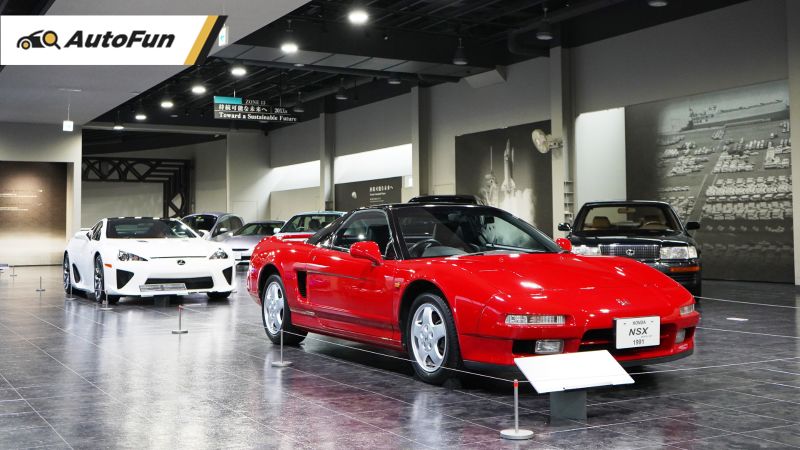 When car manufacturers put up a museum, it’s pretty natural that they only showcase the vehicles that they made. Examples include the Mercedes Benz Museum, GM Heritage Center, and the Porsche Museum.

But there are exceptions, like the Henry Ford Museum in the United States, which includes important car models from its competitors for display. Adding to the list of such museums with diverse cars on display is the Toyota Museum, which shines the spotlight on significant cars and ones made by its closest rivals in the automotive industry.

We’re referring to the Toyota Automotive Museum in Nagakute city, Japan, which is partly an archive of Toyota’s most significant and rare cars. It is also a fully-developed museum of the automobile as a whole. One that leaves plenty of room for excellent works from Toyota’s closest competitors. That space is reserved for icons, the sort of cars that are either exceptionally rare or exceptional in what they advanced to the world as a common car. Toyota has made room for a Ford Model T, a first-generation Corvette, and a Bugatti Type 57.

The exhibit has space for revolutionary contemporary sports cars, too. That section already includes a GT-R, an NA Miata, and a Toyota-designed Lexus LF-A, but there was room for one more. Since October 12th, the Toyota museum has honored another competitor with the space, bringing in a pristine first-generation Honda NSX.

Introduced in 1990, the NSX became the world’s first mass-produced car to feature an all-aluminum body. It was powered by a 280 hp, all-aluminum 3.0-liter, V6 engine featuring Honda’s then-revolutionary VTEC (Variable Valve Timing and Lift Electronic Control) system, a 5-speed manual transmission, or starting in 1994, the SportShift 4-speed automatic transmission, also known as F-Matic, which allows the option of conventional automatic shifting or manually shifting with a fingertip shift lever on the steering column.

While the Toyota museum featuring cars from competitors is nothing new, the NSX has joined that rank. While the mid-engine Honda has long since been accepted as an essential part of the sports car canon, Toyota’s decision to honor the car and place it directly next to their world-beating LF-A shows that they, too, see it as a crowning achievement of a vehicle.

This is a museum of the automobile, sure, but this is also where Toyota chooses to house irreplaceable parts of its corporate archive, like their one-of-one MR2 Group S concept; so putting an NSX in this collection is a sign of ultimate respect.

Source: There’s an NSX inside the Toyota Automobile Museum

Perodua to launch its first hybrid in 2024, new variant for Ativa facelift?

Synthetic Blood Substitutes Market: A Comprehensive Study of the Industry