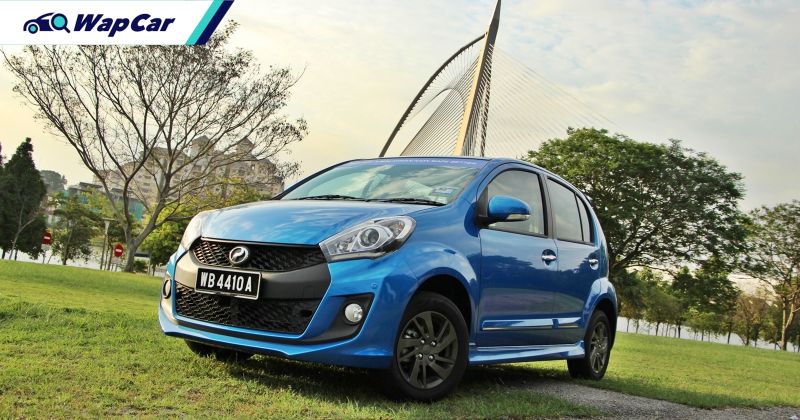 The humble Perodua Myvi does appear to be shot with an insane amount of flak from all corners though on the flip side, many would agree it’s completely deserving of the hate.

Hell, Facebook is filled with pages with netizens lining up to take a pot shot at the little hatch. Our personal favourite is “Myvi Buat Hal Apa Hari ini, Esok & Hingga Kiamat.” (What problem did the Myvi do today, tomorrow and until the end of the world). In its defence though, it’s not that the benign Myvi causes trouble by its own free will. 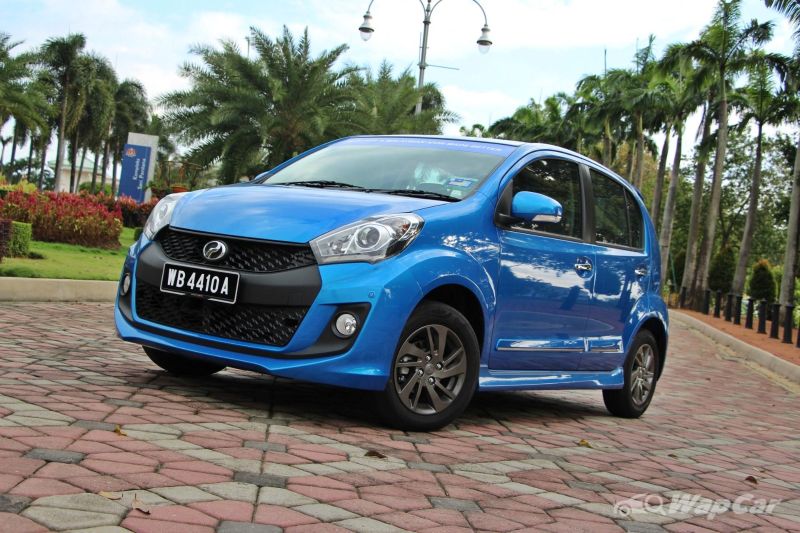 As a Facebook commenter so eloquently phrased it, “Sebenarnya, bukan Myvi yang suka buat hal. Tapi sebab terlalu ramai orang yang suka buat hal mampu beli Myvi je.” Read into that how you will but you can’t say the many isn’t wrong.

Of course, all those shenanigans on the road by Myvi owners didn’t help with it being sarcastically dubbed “king of the road.”

Punches below the belt aside, the Myvi is in many ways the backbone in addressing the country’s motoring needs. Simply put, you can’t go wrong with one. It’s a perfect first car for first-time buyers, works flawlessly as a second or third car in a family and can even step up to function as the primary mode of transport should it have to. Maintenance is dirt cheap as well. 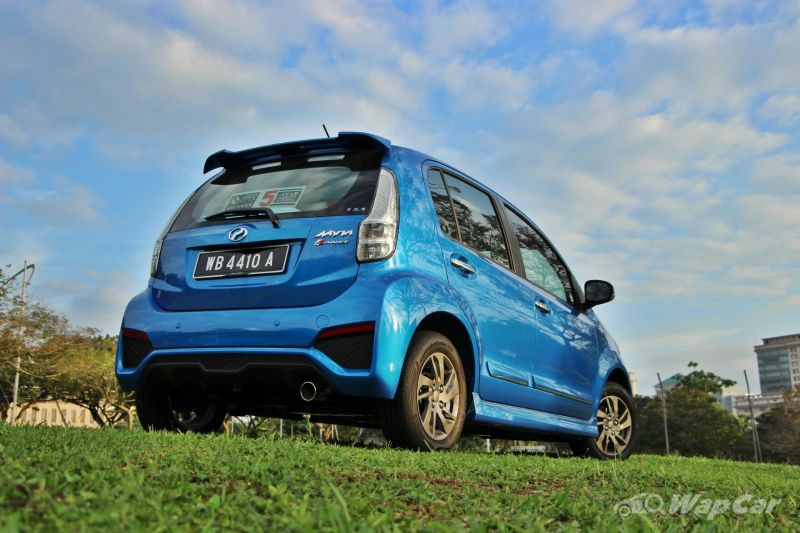 No surprises that Perodua sells close to 100,000 units a year, making it the best-selling car for consecutive years.

Just like humans though, the Myvi has evolved over years from a basic motoring appliance into a sophisticated entry-level hatchback with features that better addresses its cosmopolitan buyer demographic with ever more complex requirements whilst maintaining its kereta-rakyat pricing.

Also Read: Used Perodua Myvi: What do you need to know before buying Malaysia’s favourite car?

However, this used car buyer’s guide will focus on the second-generation Myvi, famously identifies by its “Lagi Best” tagline. For easier reference, we’ll label it the Myvi G2 for this buyer’s guide. 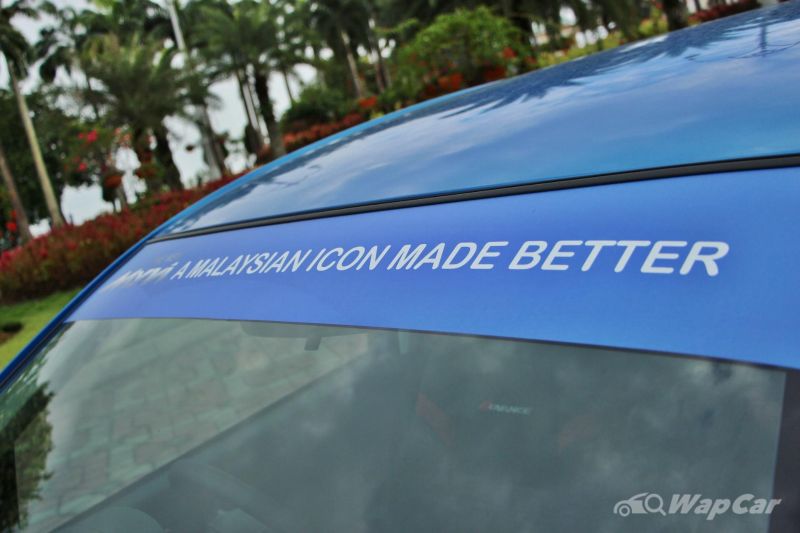 The Myvi G2 was launched in June 2011 with a number of facelifts before it was replaced by the third generation in 2017.

It was underpinned by the same platform as the first-gen Myvi but with revisions to the chassis as well as other areas for further refinement; truly living up to its “Lagi Best” moniker. This included additional insulation on the bonnet, door cards, floor and roof to improve NVH levels. 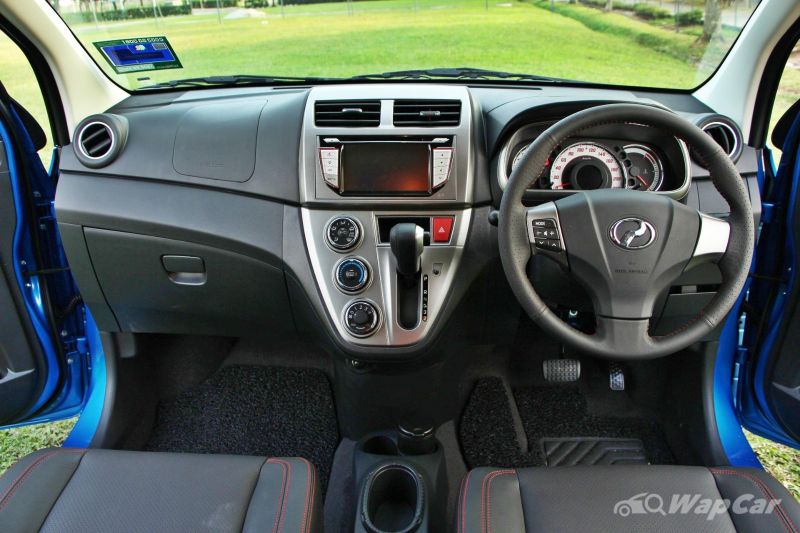 Although the Myvi G2 was shorter and lower, cabin space was longer by 15mm though it lost on 20mm of width. The easiest way to identify the G2 would be via the automatic shifter that’s relocated onto the new dashboard. Only the manual retained its shifter between the front seats.

Another welcome carry-over from the Myvi G1 was the UV protected glass that reduces UV rays by up to 91 percent, keeping the cabin cool and preventing premature wear of the cabin plastics. 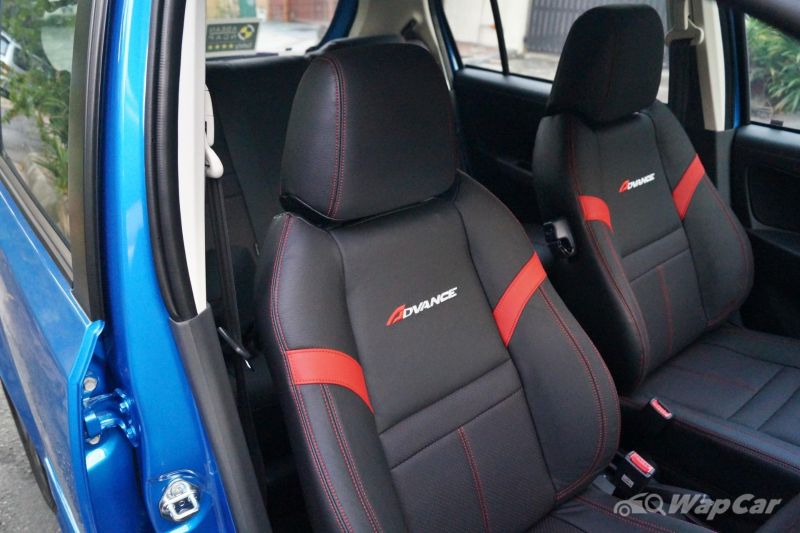 Outside, the headlights were now halogen-based projectors with the taillights being LED combination items.

At the time of its launch, there were 3 variants; Standard, Premium and Elegance.

They were all powered by the K3-VE 1.3-litre DVVT twin-cam mill that made 91 PS and 117 Nm of torque. Transmission options were as follows and the 4-speed auto was carried over from the Myvi G1: 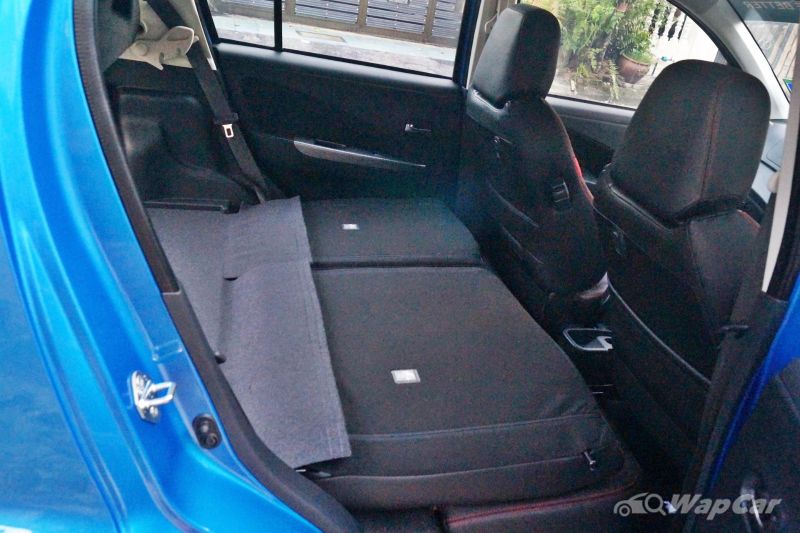 ABS, EBD and BA were reserved for the Premium and Elegance while the latter got a colour 6-inch touchscreen head unit with navigation. 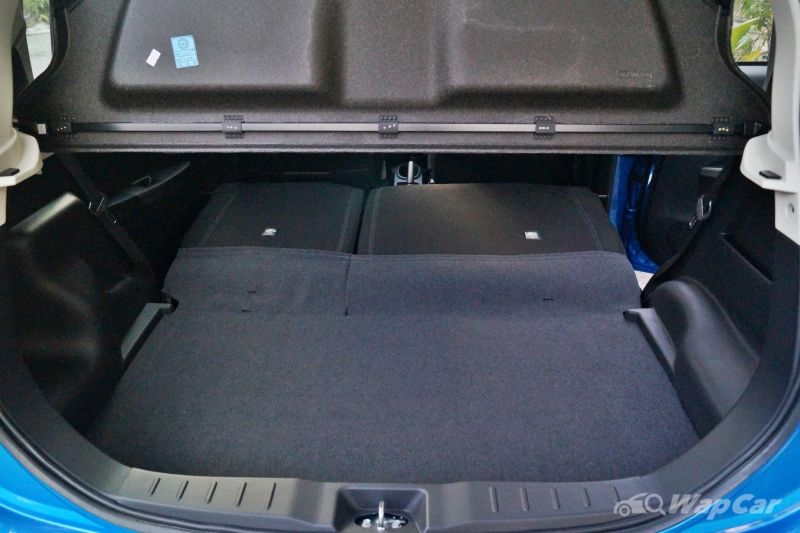 Puny engines were for peasants and rumours of an all-conquering, 1.5-litre Myvi had been circulating for some time. This was the Myvi to rule them all… or spread further chaos on the roads.

Totally befitting of its “king” moniker, the Myvi Extreme and SE came in September 2011 with a 1.5-litre engine and a “Lagi Power, Lagi Best” tagline.

Also Read: Used Perodua Axia from RM17k – Is even more affordable equivalent to even better value?

Power came from the 3SZ-VE 1.5-litre twin-cam DVVT engine. Many had mistakenly assumed this was the same engine as the Toyota Vios but in fact this mill was taken from the Alza. It packed more punch in the form of 103 PS and 136 Nm of torque. Transmissions remained the same 5-speed manual or a 4-speed auto. 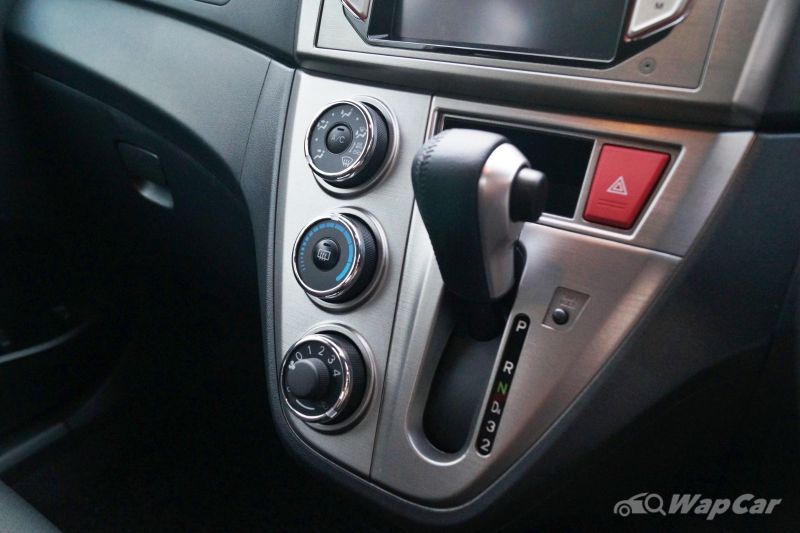 It was utter mayhem on the streets with these emboldened Myvis taking on everything from BMWs to supercars, nothing and nobody was safe.

For references sake though, the Myvi SE manual dispatched the century sprint in 9.98 seconds. Meanwhile the BMW 320i Sport (E90) of the time was a smidgen quicker at 9.8 seconds. You can now understand why. 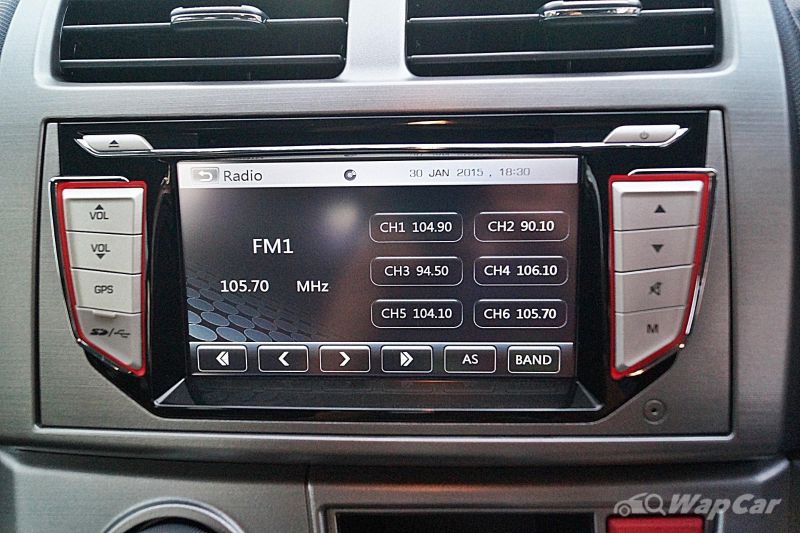 In 2014, Perodua introduced a new base variant for the range in the form of the Myvi XT. Though it slotted in at the bottom of the ladder, it packed more kit than the outgoing base trims that included Bluetooth connectivity and dual airbags but still no ABS. 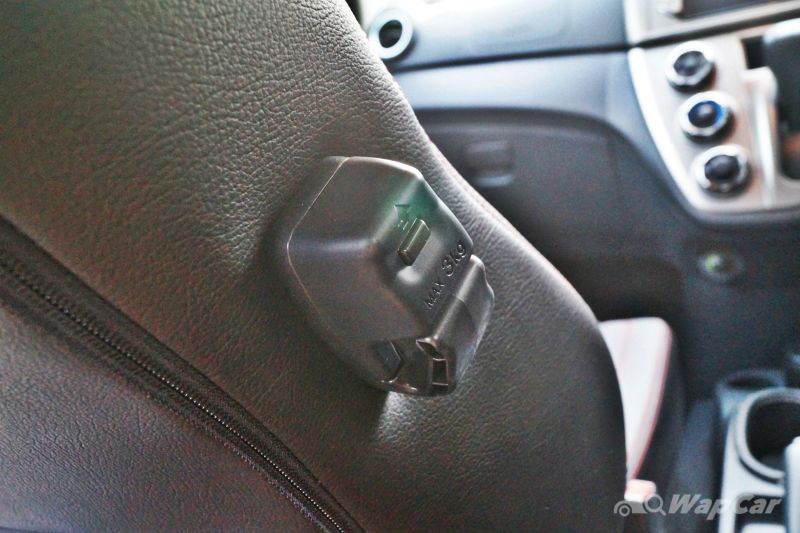 Mechanically it was identical to the pre-facelift but the automatic was replaced with a new 4-speed E-AT transmission. It received a 4-star ASEAN NCAP rating courtesy of enhancements to the structure to better withstand frontal impacts.

The 1.3 Standard G and 1.5 SE could be had with either transmission but the 1.3 Premium X and 1.5 Advance were automatics only. Safety comprised dual airbags, ABS, EBD and BA. 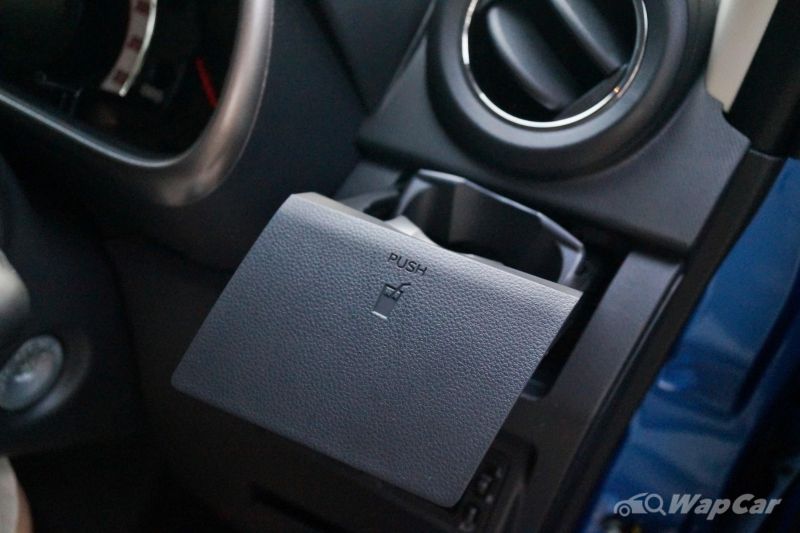 A different grille made it easy to tell the 1.3 and 1.5 variants apart. Inside, the teh tarik hooks now came in pairs behind each front seat with a tissue holder embedded into the rear of the front passenger seat and an anti-theft hook on the side of it.

Equipment wise, the Standard got a double DIN radio but lost the XT’s USB and Bluetooth connectivity. The Premium variant got it all with MP3/WMA, USB and Bluetooth. As the flagship variant, the Advance trim touchscreen multimedia infotainment system carried navigation and a reverse camera. 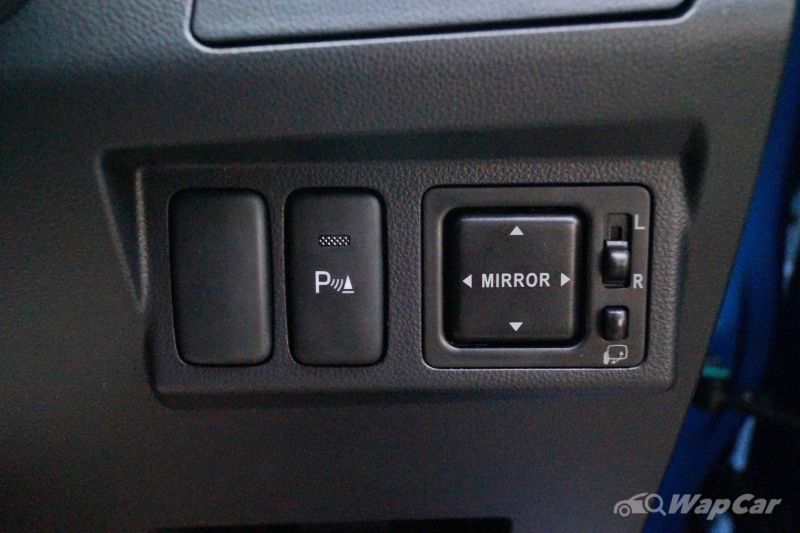 Also Read: Evolution of the Perodua Myvi in 3 generations – Malaysia’s most loved hatchback?

Which Myvi G2 variant to buy?

Pricing for a 2011 Myvi G2 starts at around the RM 18,000 mark, which is on par with a Myvi G1 from the same year. This further validates the fact that Myvi pricing doesn’t always play by the used car market rulebook because of its practicality. It maxes out around the RM 26,000 mark for a first-year unit. That said, the Myvi SE or Extreme with the larger engine starts at RM 21,000 from the same year. 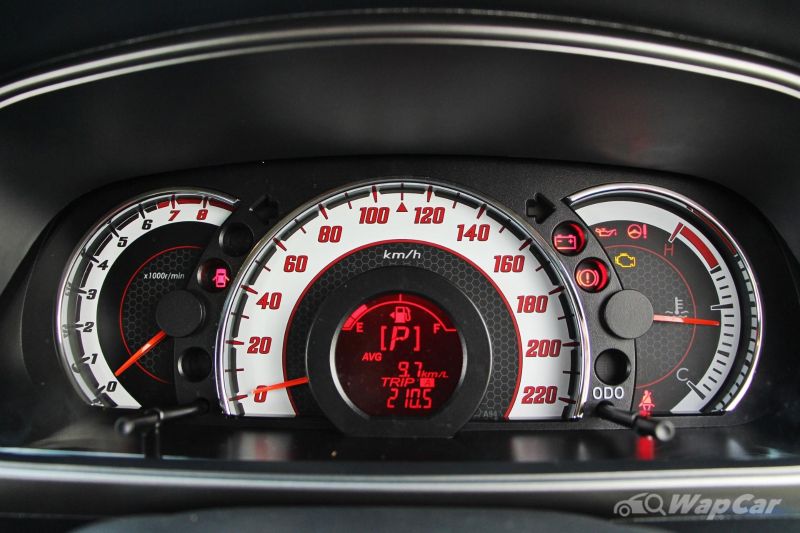 Depending on your budget and the availability of a loan, the variant to get from the pre-facelift range would be Premium and above. On a side note, the Myvi XT wouldn’t actually make much of a difference due to the fact that it still omitted even ABS.

Furthermore, pricing for that timeline wouldn’t differ much so aim for the highest possible variant that your budget allows.

If the wallet allows for a facelifted variant, it goes without saying to aim for the same Premium variant and above as well.

For those with an inner Dominic Toretto that cannot be subdued, the 1.5-litre engine is the one to have and remember, the manual will allow you to carry on the infamous legacy of the Myvi on the streets. 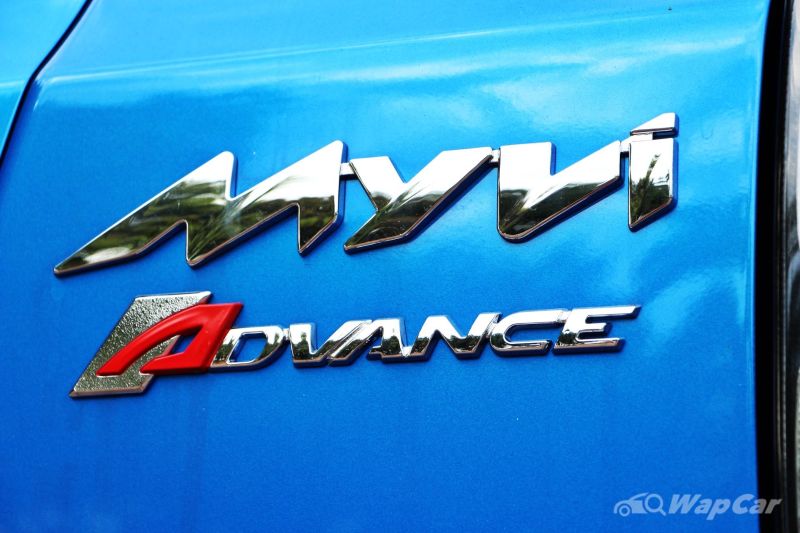 The only downside to going for a used Myvi G2 would be the lack off safety tech such as vehicle stability control (VSC). In this day and age, that’s a necessity.

Taking into consideration that a brand new Perodua Axia 1.0G starting at around RM 35,000 or even the entry-level variant of a Myvi G3 at RM 46,000 has VSC, it just doesn’t make sense to go for a final year Myvi G2. 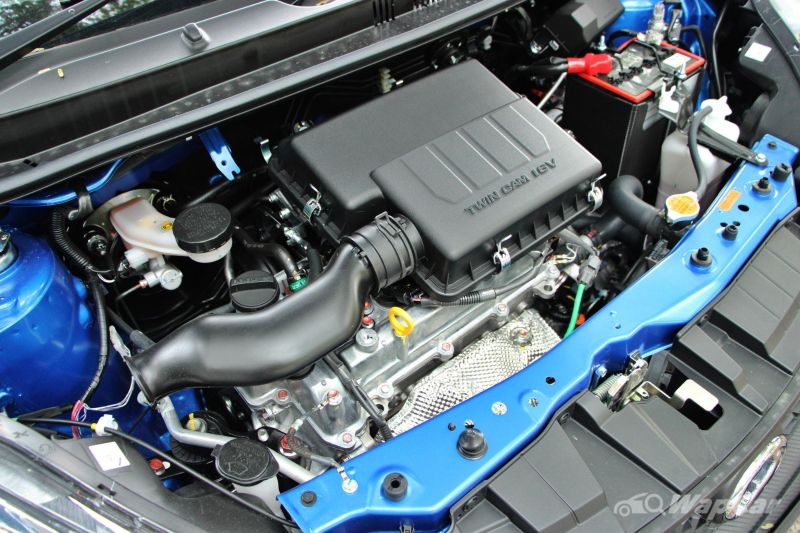 Common issues with the second-generation Myvi

Let’s not beat around the bush here, it’s a Myvi. That means the reliability of a marine chronometer. Plus, on the rare occasion it was to break, don’t worry about breaking the wallet to fix it.

That said, the Myvi G2 did have some minor faults. A common complaint was the tendency to overheat. It can be attributed to a faulty thermostat that’s easily fixed for around RM 200.

An additional bug brought up by a current owner from new was belt screeching sounds that couldn’t be solved. However, this isn’t extremely common and could be an isolated case. 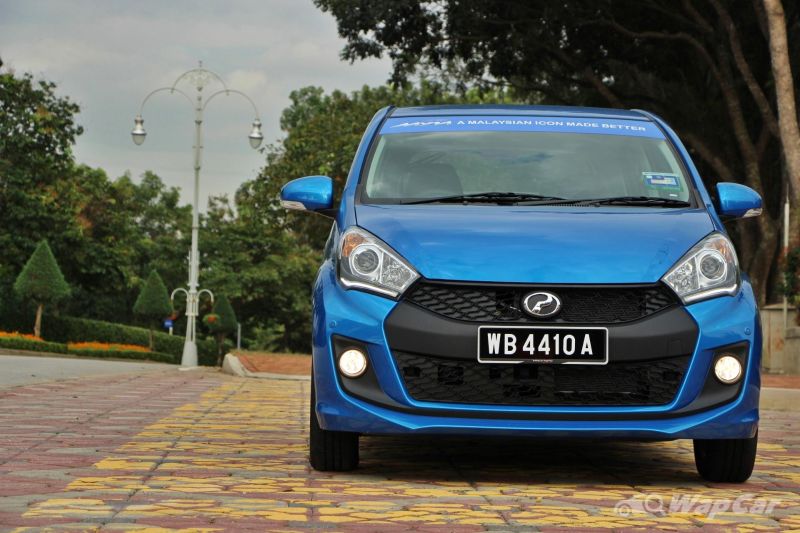 To sum it up, there’s no going wrong with a Myvi, regardless of the generation. It’s reliable, dirt cheap to maintain and ticks all the boxes for a car

If you’re considering a used Myvi G2, it’s best to take a look at the entry-level variant of a current Myvi G3 or a mid-range Axia that at the very least, carries VSC and shares the reliability as well as low maintenance costs. 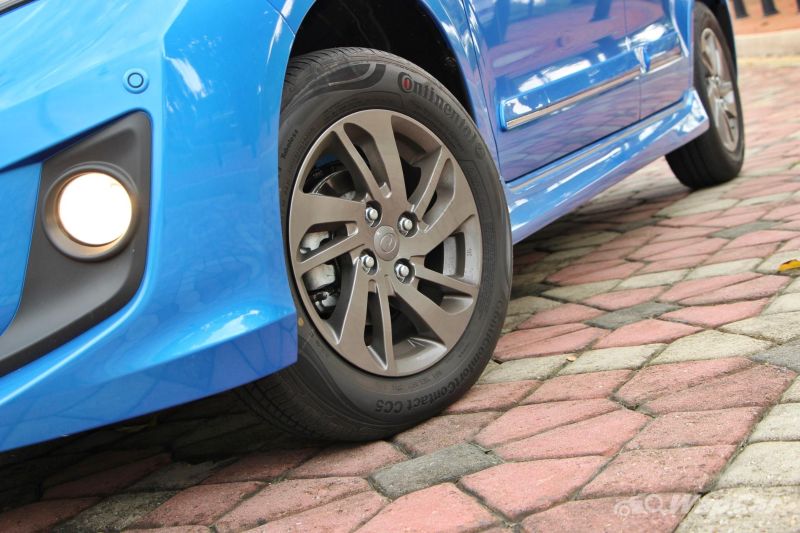