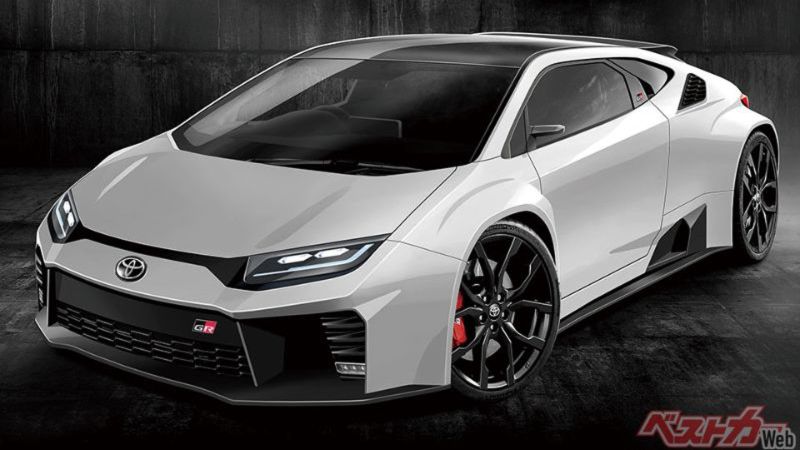 If you’re one of the people who miss the little Toyota MR-S, a revival may be in the works.

A report from Japanese publication BestCarWeb said Toyota is teaming up with Daihatsu and Suzuki to develop a mid-engined sports car that may be launched in 2025.

All three brands will likely have their own versions.

The MR-S successor will likely use the same Toyota New Global Architecture platform on the Toyota GR Yaris, with the front end reportedly using the GR Yaris’ suspension.

Meanwhile, Daihatsu and Suzuki were brought in for their expertise in weight reduction.

The Daihatsu Copen sports car and the Daihatsu Rocky subcompact crossover (known locally as the Toyota Raize) both use resin-casted body panels.

The Suzuki rendering, meanwhile, looks like a doe-eyed puppy (or a modernized Venturi Atlantique, for those old enough to remember).

As for powerplants, the little sports car may use a 1.0-liter gasoline engine with a mild-hybrid system developed by Suzuki, which is also producing its own version of the recently launched Toyota Innova multi-purpose vehicle.

Meanwhile, a high-performance GR version of this Toyota project may have a turbocharged 1.4-liter inline-3 gasoline engine, along with revised suspension.

Toyota has teamed up with other carmakers over the last few years for their sports car offerings to help reduce development costs.

It collaborated with Subaru to develop the previous-generation GT86 and GR86, which have a sibling in the Subaru BRZ.

Meanwhile, the Toyota GR Supra is a close relative of the current-generation BMW Z4 roadster.

The mid-engine sports car project would continue Toyota’s revival of its sporty line-up.

It was the last in a line of mid-engine sports cars that Toyota made over the span of two decades, starting out with the first-generation AW11 Toyota MR2 that was produced from 1984 to 1989.

This used the same powertrain from the venerable Toyota AE86, which had a 1.6-liter, twin-cam, 16-valve inline-4 gasoline engine producing 130 PS  in the Japanese model.

The ultimate second-generation MR-2 was the turbocharged GT-S, which pumped out 245 PS and could do 0 to 100 in under six seconds.

All models were renowned (or notorious) for their tail-happy handling, which frequently caught inexperienced drivers off-guard through dramatic spinouts.

What do you think of Toyota’s mid-engined project?