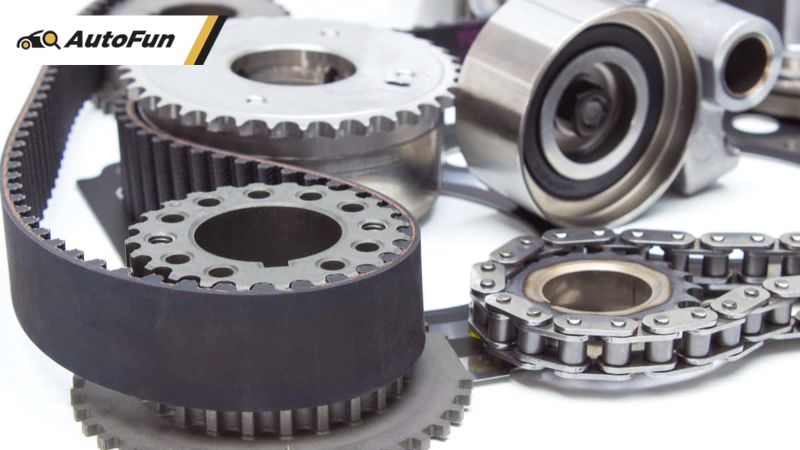 Less than ten years ago, car manufacturers gradually shifted from timing belts to chains on gasoline and diesel-powered engines. Like many engine technologies that have given way to far more modern systems (e.g., the archaic carburetor to electronic fuel injection), the timing belt has become just another old engine component that has served its purpose.

To better understand why car manufacturers have opted to use timing chains over rubber belts, here’s a quick rundown of their function and their advantages and disadvantages. 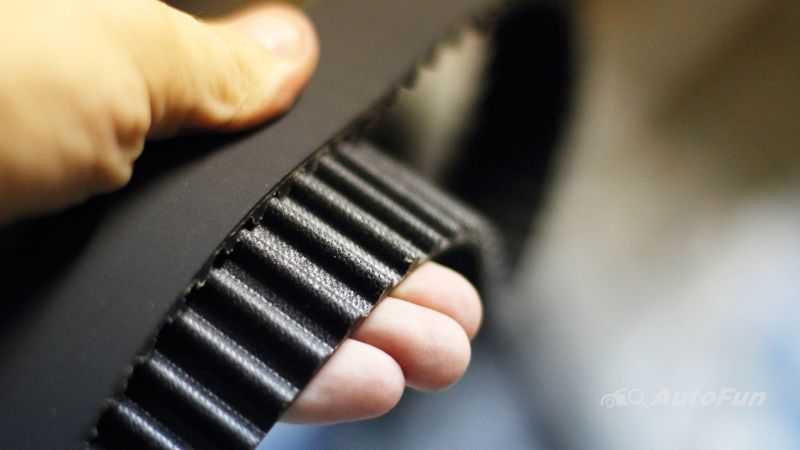 The timing belt is a rubber-toothed belt reinforced with steel wire and corded fibers. Its sole function is to connect the crankshaft at the bottom of the engine to the engine’s camshaft(s). These engine components must be synchronized with the operation of the inlet and exhaust valves to ensure proper engine operation. 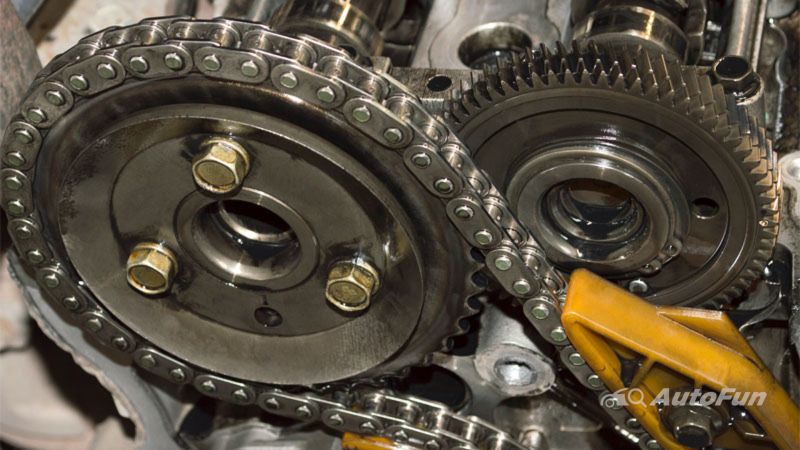 Primarily made of metal, a timing chain connects the crankshaft and the camshaft(s) of an engine, synchronizing the operation of the inlet and exhaust valves to ensure proper engine operation. Its main difference from a timing belt is the material it is made of. Think of a bicycle chain that connects your pedals to the wheels. The timing chain serves a similar purpose.

The first known automobile engine to use a timing belt was the American 1954 Devin-Panhard racecar which used an engine converted from pushrods to overhead camshafts with a toothed belt made by the Gilmer Company. This car won the 1956 Sports Car Club of America (SCCA) National Championship.

Years later, the OHC, Straight-Six engine on the 1966 Pontiac Tempest was the first US mass-produced vehicle to use a timing belt. 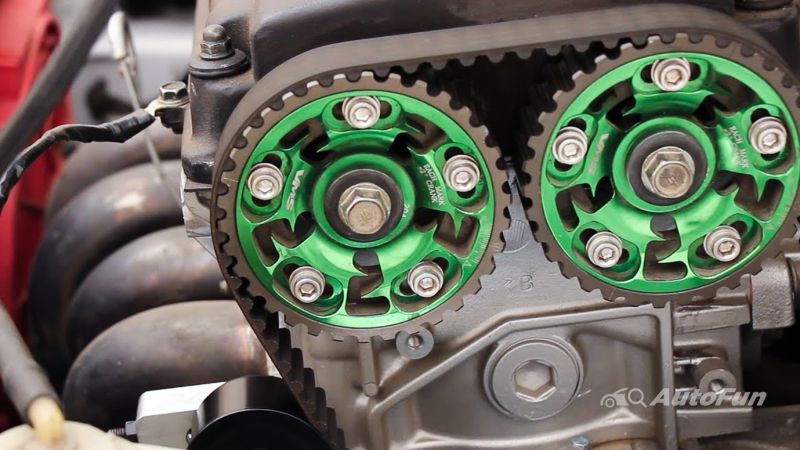 One of the advantages of using a timing belt is reduced friction losses. Since it involves rubber and steel, this eliminates unwanted metal-to-metal contact, evident in older car models with timing chains.

Another advantage was its light weight since it only employs a tensioner to fix the belt on the pulley, unlike a timing chain system, which needs a rail to hold the chain in place.

But a timing belt’s major advantage that car manufacturers like is that it is cheaper to design and manufacture than a timing chain system. 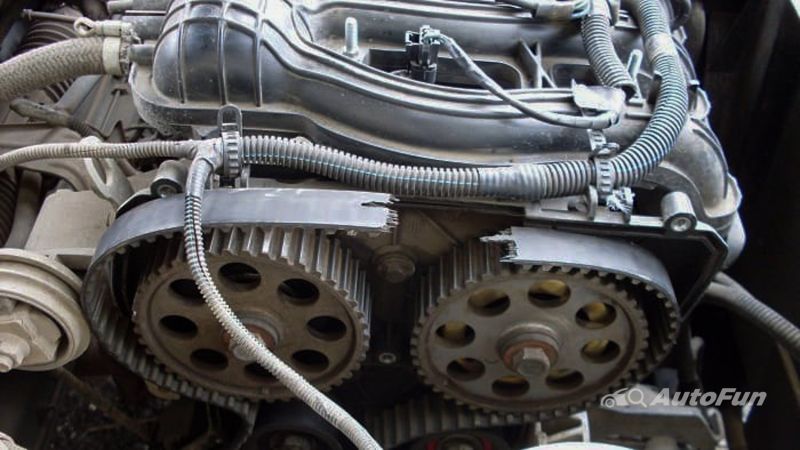 The main disadvantage of using a timing belt in an engine is that it is a wear and tear-part that must be checked and replaced at a specific interval or kilometer reading, usually around the 70,000-kilometer mark. Failure to do so will result in considerable and costly engine damage if the timing belt gets torn while the engine operates. However, depending on the engine design, not all engines will sustain damage once the timing belt suddenly snaps.

The majority of today’s engines are called interference engines because the valves, when fully open, occupy the same space as the piston when it reaches the top of its stroke. Suppose you have an interference engine, and the timing belt breaks; the piston will slam into one of the open valves inside the cylinder. With the timing belt snapped, synchronization among various engine components is also lost.

In that case, it’s not just a timing belt replacement that you will have to pay for; it’s going to be an engine rebuild.

It should generally be all right if you have a non-interference engine. However, some bent valves that require replacement have been documented when a timing belt snaps in such engines. But how do you know if you have an interference engine? Unfortunately, this is information only your car’s manufacturer can provide. You may contact your automobile dealer or mechanic and ask them.

Rubber in a timing belt also degrades with higher temperatures and when it comes in contact with motor oil. Thus, the life expectancy of a timing belt is reduced in hot or leaky engines. Also, the life of the reinforcing cords is affected by water and antifreeze, so the belt must not be exposed to such liquids. 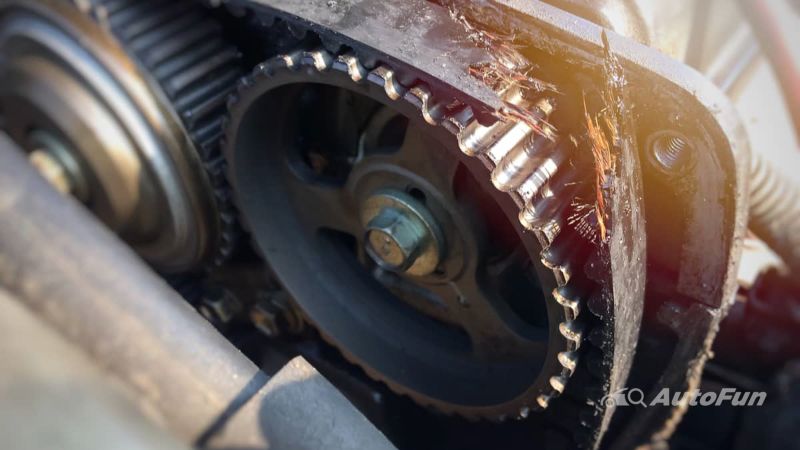 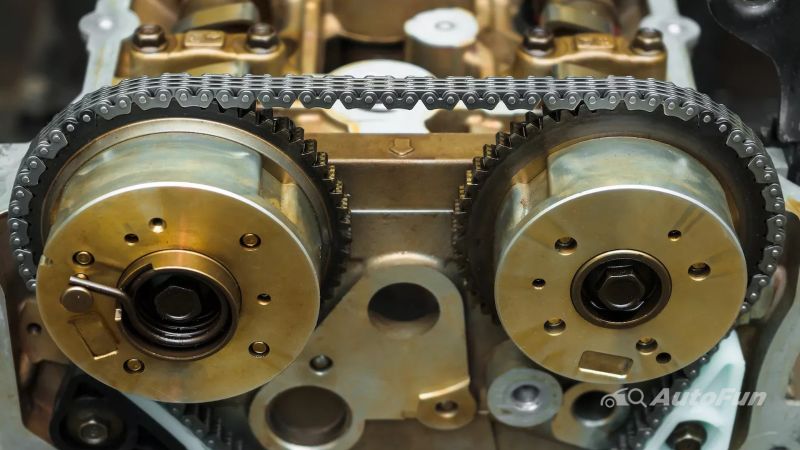 Another main reason car manufacturers favor timing chains is the availability of more lightweight materials used in their construction. What’s more, timing chains don’t require maintenance, unlike timing belts that need to be replaced depending on the car manufacturer’s recommended service interval. 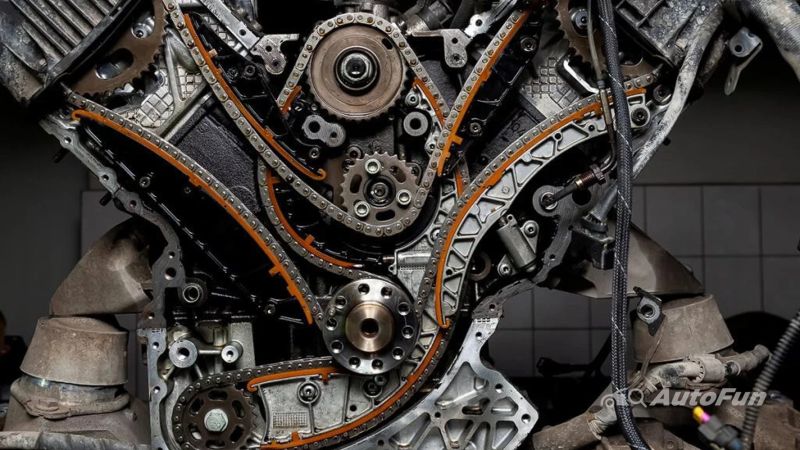 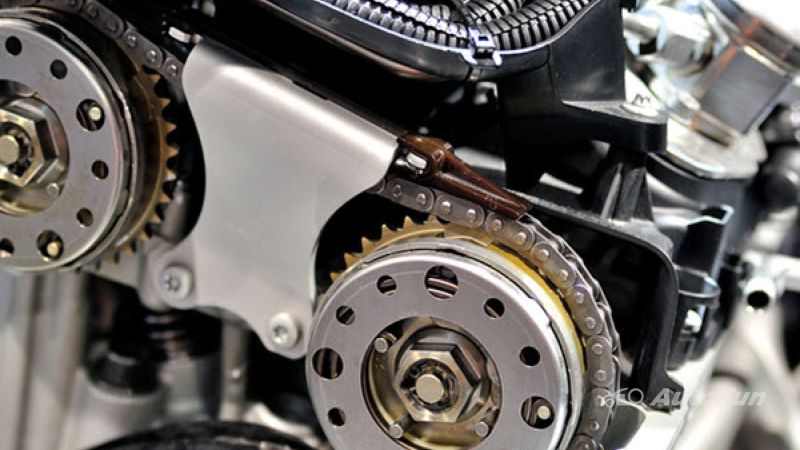 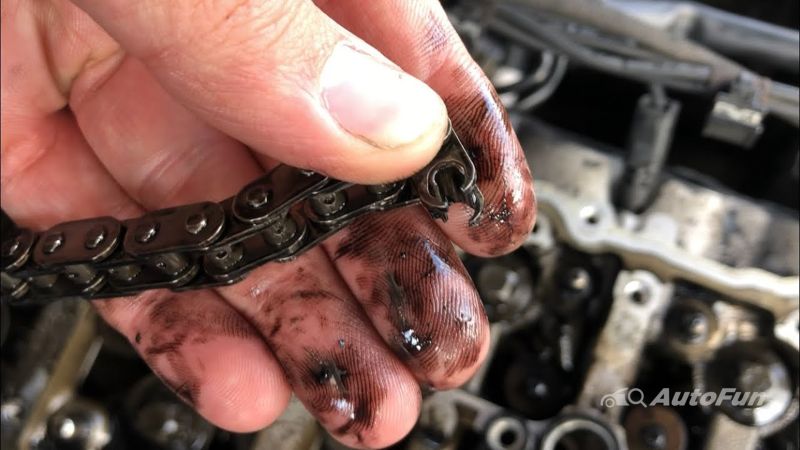 Metal timing chains have become more widespread in car engines produced since the 1990s. This is mainly due to lesser maintenance work and better reliability over rubber timing belts.

The majority of today’s high-performance engines are Interference engines, which are prone to damage if the timing belt breaks, something that could be avoided if a timing chain was used. This is why most car manufacturers have opted to use timing chains, as they are more durable and require less maintenance.

The bottom line is this: whether your vehicle has a timing belt or a timing chain, you must pay attention to any signs of wear or damage and follow your car manufacturer’s recommended service interval to ensure optimized engine operation and reliability.