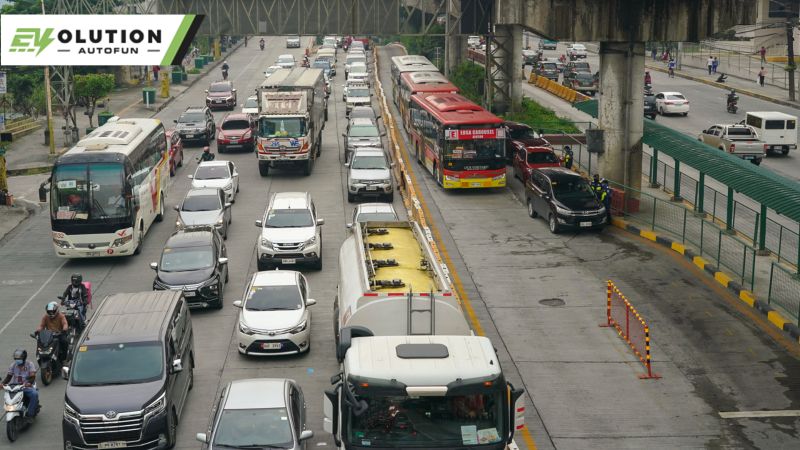 If you’ve ever envied the speed that bus drivers in EDSA can reach during rush hour, you might be able to join them soon.

The Department of Energy announced in a Dec. 13, 2022 forum that it is looking into allowing owners of hybrid and full-electric vehicles (EV) to use bus lanes for four-wheelers and bike lanes for two-wheelers.

“And the move for that is coming up with ‘green plates,’ not the usual black-and-white plates for passenger vehicles, but ‘green plates’ for e-vehicles to monitor it,” he said.

The EDSA Busway began operations on June 2020 as a replacement for the bus lanes on the notoriously congested 23.8-kilometer EDSA highway. 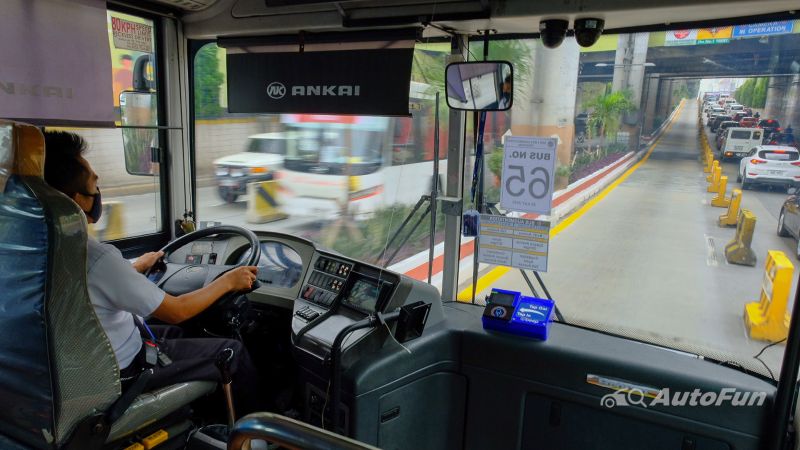 It runs in the lane closest to the median and connects with Metro Rail Transit Line 3 or MRT-3 terminals. More than 330,000 commuters a day use the Busway.

The government said a commuter on the EDSA Busway could travel from North Avenue in Quezon City to Buendia in Makati City in just 20 minutes. In regular rush-hour traffic, the 14-kilometer trip can take up to three hours.

Republic Act 11697, or the “Electric Vehicle Industry Development Act,” also promotes the use of light EVs, which include electric scooters, electric bicycles, and similar vehicles that weigh less than 50 kilograms.

Under the measure, users of said electric vehicles will get segregated lanes on all local and national roads, which will be shared with regular bikes.

The DOE’s proposal is the latest in a string of non-fiscal incentives that the government offers hybrid and EV owners under R.A. 11697.

In addition, EV owners get priority at the Land Transportation Office (LTO) for all their registration concerns.

All these incentives will be available until April 2030.

Meanwhile, light EVs are likewise exempt from registration so long as they are not operated on any public highway.

Cheaper EVs on the horizon?

Electric Vehicle Association of the Philippines president Edmund Araga told AutoFun Philippines that the order may be implemented as early as January 2023.

Under Republic Act 10693 or the “Tax Reform for Acceleration and Inclusion Act,” also known as the TRAIN Law, the government currently provides excise tax exemptions for battery EVs. It imposes 50 percent of the excise tax rate for hybrid EVs.

According to the Bureau of Internal Revenue, an excise tax is a tax “imposed on the production, sale or consumption of a commodity in a country.”

Discounts for EV buyers in the works

However, R.A. 11697 does not yet provide discounts and tax perks for people who want to buy an EV, unlike in other countries.

Araga said the government is currently working on a scheme to provide fiscal incentives for EV owners.

“Incentives are being passed through CREATE law and under the EVIS strategies of DTI (Department of Trade and Industry),” he said. “So may [there are] different program naman from a different government sector na naka-support sa [that supports] EVIDA.”

Meanwhile, EVIS refers to the DTI’s Electric Vehicle Incentive Strategy which the agency said is a “fiscal and non-fiscal support program for the transport sector to enable its transition from traditional motor vehicles to electric vehicles.”

Would you buy an EV to escape the misery of rush-hour traffic?