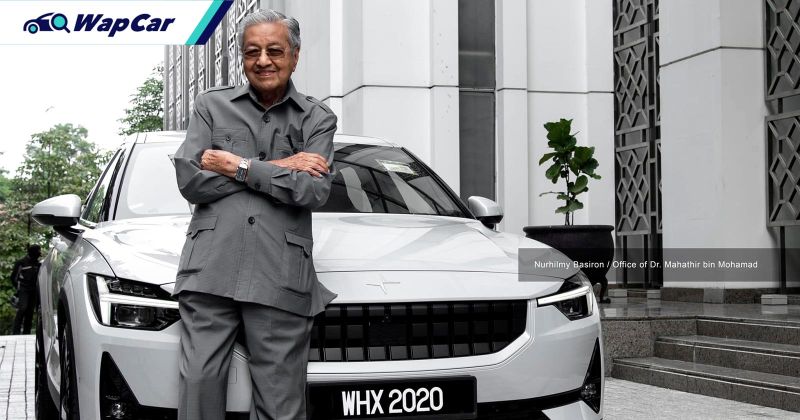 In a Facebook post by Tun Dr Mahathir Mohamad, he mentioned that DRB-Hicom has introduced him to the Polestar 2 EV, a car that’s worked on by Geely which is Proton’s partner. 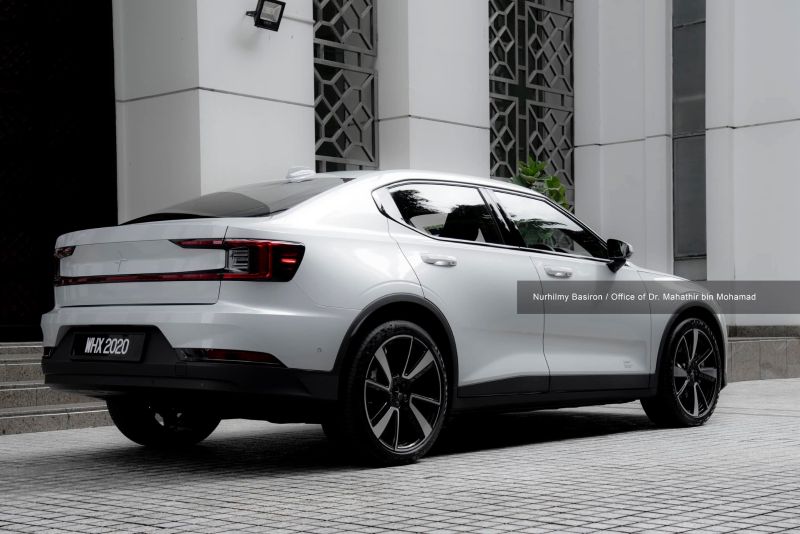 He praised the Polestar 2’s practicality and storage solutions due to the lack of a combustion engine. “In my opinion, this car’s design is advanced. It doesn’t have a large engine, instead it is used as a storage compartment. 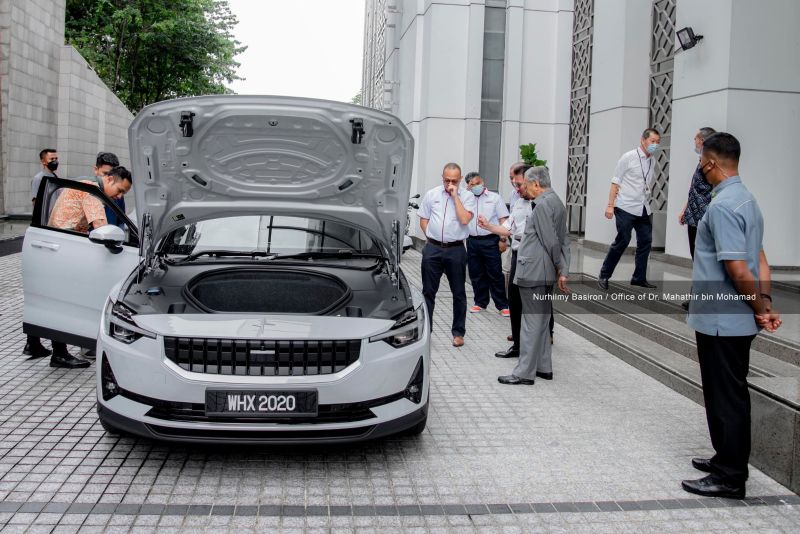 “The interior design features are also neat and futuristic, where all controls and settings can be made with the touch of a ‘tablet’. No more switches or buttons on the dashboard like a regular car,” said Mahathir. 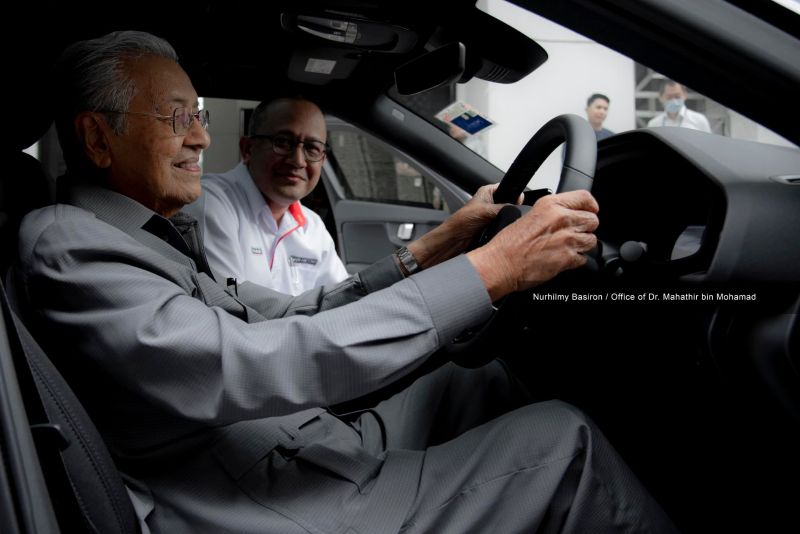 However, he did raise some concerns on the emissions of EVs. The former prime minister commented that although EVs have zero emission, the power stations supplying the electricity still do, and that EVs have to reach a point where they are truly zero emission. 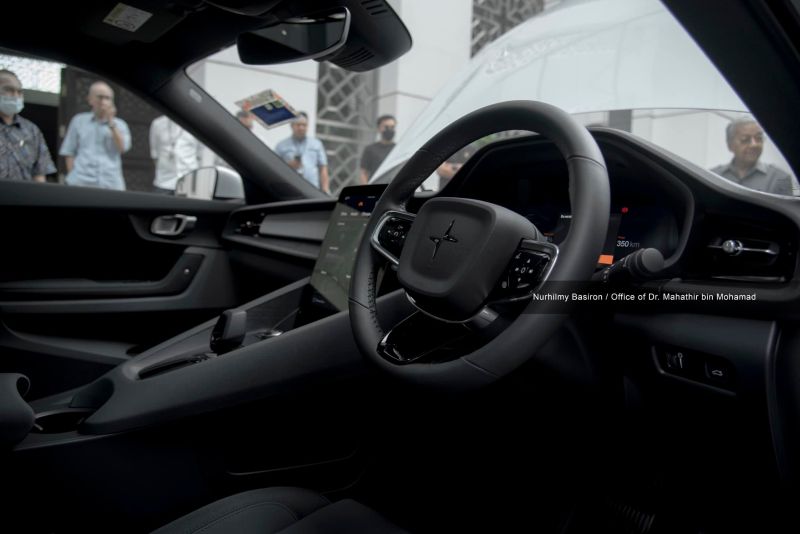 He added that perhaps this is why we may have to consider hydrogen-powered vehicles but acknowledge that hydrogen comes with its own sets of challenges. In the meantime, battery EVs are still the preferred choice for green cities. 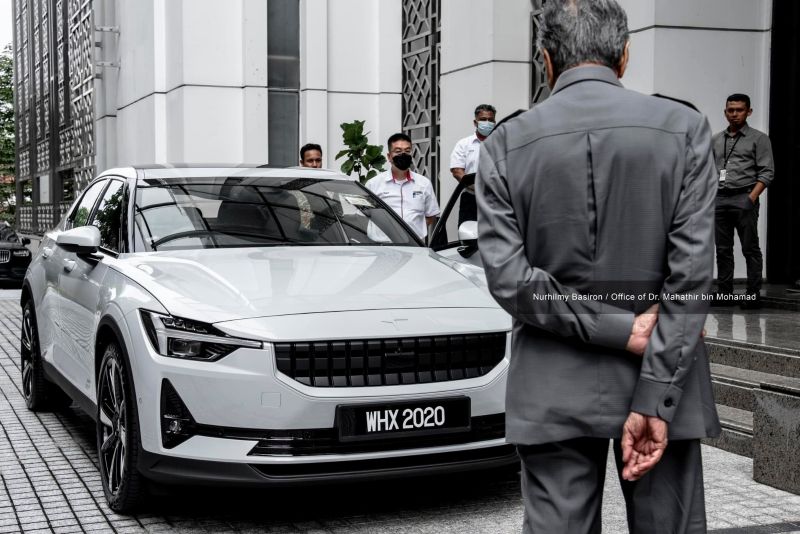 Tun Mahathir concluded the post by saying that he hopes Proton is able to tackle a project like this and at some point, Proton will be able to produce its own EV. 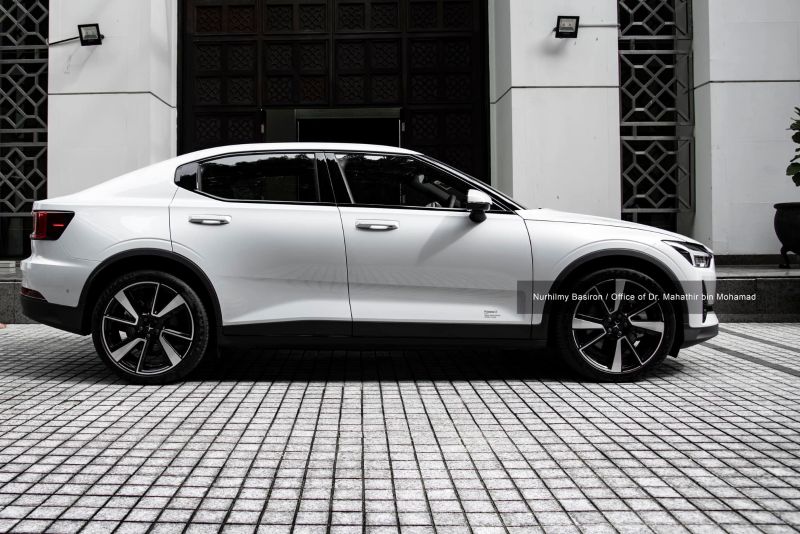