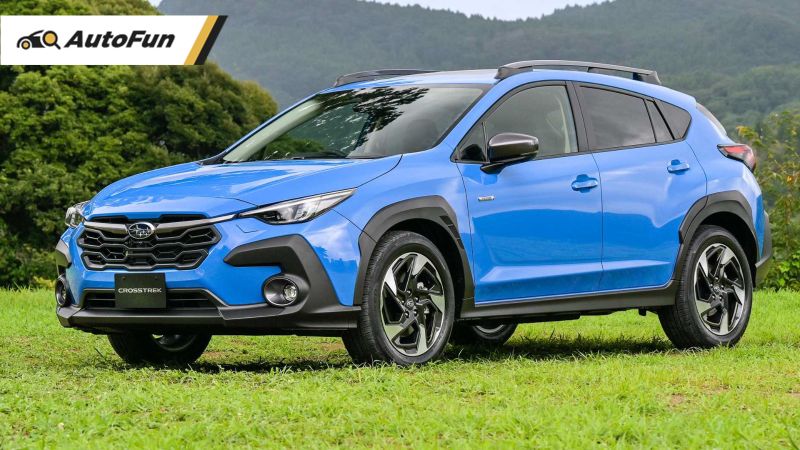 The World Rally Championship, Collin McRae, Richard Burns, and the turbocharged Impreza – are the significant things that will permanently be associated with the Subaru brand.

The Japanese carmaker has built a near-cult status for its exploits in the top level of rally racing. Its vivid-blue cars hurtled through dirt roads and treacherous forests, backed by a symphony of boxer-engine rumble and blow-off valve whistling.

Much of this success is down to what has also become a Subaru trademark – Symmetrical All-Wheel Drive (AWD). Being able to put all the power through four wheels revolutionized not only rallying but also other types of motorsport.

That’s why it seemed like when Subaru announced on December 2022 that the all-new Crosstrek (also known locally as the XV) would be available in Japan with front-wheel drive (FWD), the end of days had come upon us.

Headlines and Subaru enthusiasts almost couldn’t fathom how the Japanese carmaker could do such a thing – the shock was nearly as bad as when BMW announced that it would make FWD cars many years back.

But for a crossover like the XV, having an FWD option makes perfect sense, even if it is badged a Subaru. Here’s why.

Not all Subarus are AWD

Aside from the rear-wheel-drive BRZ sports car co-developed with Toyota, Subaru has long made non-AWD models.

Peer far back into the company’s history, and you’ll find that one of its first cars had more in common with the original Volkswagen Beetle.

The adorable 1958 Subaru 360 was a 2-cylinder microcar with an engine mounted out back powering the rear wheels. Its sibling, the Subaru Sambar van, had an identical engine and layout.

Indeed, Subaru has made a long line of FWD vehicles, such as the Rex kei car, the Justy hatchback, and the Leone. Even the venerable Impreza has been available in FWD since the very-first model came out in 1992.

As the name suggests, FWD is as simple as putting the engine up front and powering the front wheels.

The layout became popular, starting with smaller cars like the original Mini because it allowed car designers to maximize the space in the passenger cabin.

Here are other advantages of the FWD layout:

So, if FWD is a sensible idea for something like the XV, why does Subaru use AWD so much?

Besides being a unique selling point, there are certainly advantages to having the engine power continuously going through all four wheels. These include:

Look at what you need

As with the debate over unibody and ladder-frame chassis, the ideal drivetrain layout depends on your driving type.

AWD is fantastic if much of your driving is in treacherous conditions. It’s also the absolute-perfect layout if you’re gunning for the top title in a rally championship.

But if most of your driving doesn’t involve flying through forest trails or conquering several inches of snow, then FWD is perfectly fine.

The more straightforward FWD layout also works well with the mild-hybrid powertrain of the new Subaru XV. This includes a 2.0-liter, twin-cam, 16-valve flat-4 gasoline engine with an electric motor.

This means a combined output of 160 PS and 253 Nm of torque coursed through a continuously variable transmission.

So is it worth driving a front-wheel-drive Subaru – why not?

Source: FWD vs. AWD — why a front-wheel-drive Subaru XV isn’t such a bad idea