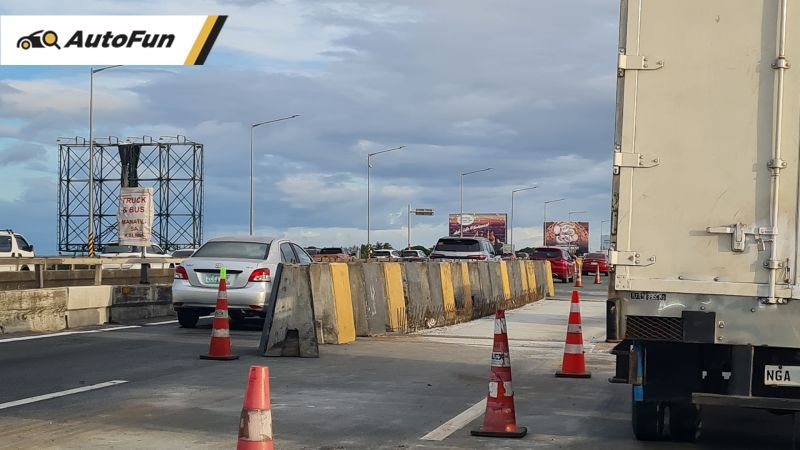 Motorists traveling on the North Luzon Expressway (NLEX) should once again expect heavy congestion on the Candaba Viaduct this month.

The NLEX Corporation, which operates the 102-kilometer expressway, announced in a December 2022 Facebook post that a three-kilometer section on the southbound side of the Viaduct will be closed from 8 PM to 5 AM on the following dates:

The company said it will set up a counterflow scheme on the northbound side of the bridge. 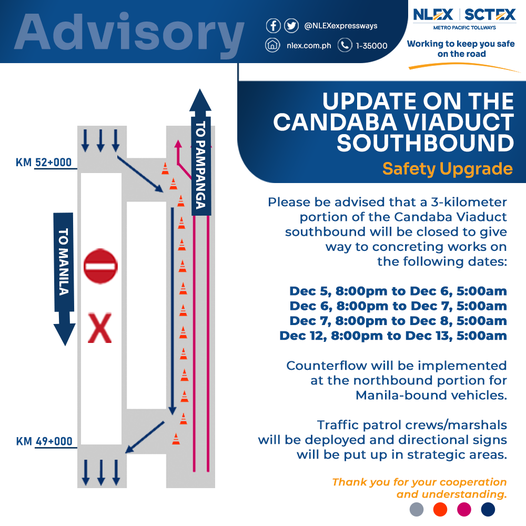 The Candaba Viaduct has been a major chokepoint for commuters in the north because of ongoing safety upgrades.

The bridge was originally constructed in 1976 and opened the year after. It is five kilometers long and goes through the towns of Pulilan and Calumpit in Bulacan and Apalit town in Pampanga.

The Candaba Viaduct was the longest bridge in the Philippines from 1976 to 2022, when it was surpassed by the 8.9-kilometer Cebu-Cordova Link Expressway (CCLEX) that crosses the Mactan Channel in Cebu.

Both NLEX and CCLEX are operated by the Metro Pacific Tollways Corporation of billionaire tycoon Manny Pangilinan.

Have you braced yourself for the gridlock, or do you have alternate routes in mind?

Source: Heads up! Counterflow scheme on NLEX Candaba Viaduct from Dec. 5-13 for roadworks