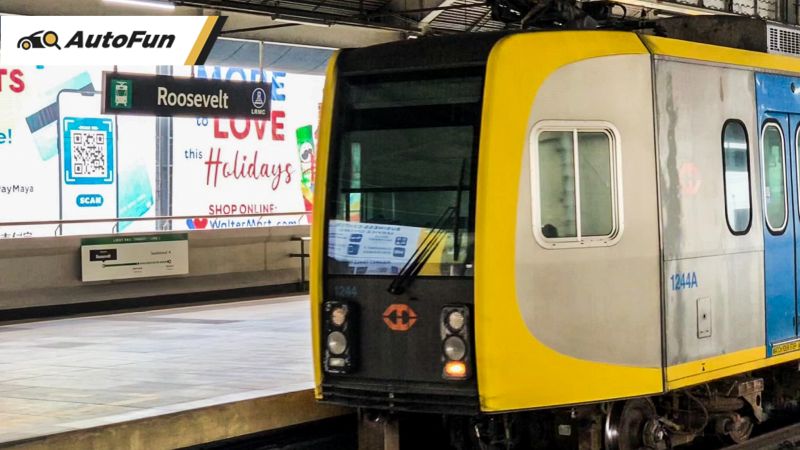 Following the closure of the entire Light Rail Transit 1 (LRT-1) system last weekend, all stations are back online, including Roosevelt Station.

The Light Rail Manila Corporation (LRMC), which operates the LRT-1, announced in a Facebook post that the train line’s regular operations resumed on December 5, 2022.

[Translation: The first 100 passengers who entered the station earlier at 4:30 AM also got special items.]

LRMC temporarily shut down the entire LRT-1 on Dec. 3 and 4, 2022 to conduct readiness tests, trial runs, and exercises ahead of Roosevelt Station’s reopening.

[Translation: The preparations include ensuring that the reintegration of Roosevelt Station will be safe and successful using the LRT-1’s new Alstom signaling system.]

Roosevelt Station had been closed since September 2020 to give way to the construction of the nearby North Triangle Common Station, which will connect the LRT-1 and Metro Rail Transit or MRT lines, along with the upcoming Metro Manila Subway.

It is named after the late U.S. president Franklin D. Roosevelt, who was in office 1933 to 1945 when the Philippines was under American (and briefly, Japanese) colonial rule.

LRT-1 is one of the two lines under the Manila Light Rail Transit System, which started operations on December 1984.

It has 20 stations that run through Quezon City, Caloocan City, the City of Manila, Pasay City, and Paranaque City. The train line will also open stations in Las Pinas City and Bacoor City in Cavite.

Are you excited to try out the new Roosevelt Station?

How Much Does A Tank Trailer Hold?