Stretched. This is basically what the new Land Rover Defender 130 is when compared to the highly popular Land Rover Defender 120 and the even shorter 3-door Defender 90. And seeing how popular the latter two variants have been since the new series’ introduction in 2020, it shouldn’t be a surprise if the 8-seater will likewise obtain a cult following.

With its 2+3+3 seating configuration, the new Land Rover Defender 130 affords more interior space for a family of adventurers. With an extra 340 mm at the back, a third row has been added to seat three adults comfortably.

And just because they’re at the very back, there’s no shortage of luxury amenities if you happen to be seated there. Heated seats, padded armrests, storage, USB-C ports, and even a second sunroof make the third row just as cozy as the first two. There’s even ventilation and additional ducting for heating and air-conditioning if one opts for the Four Zone Climate Control feature that will only be available in the Defender 130. 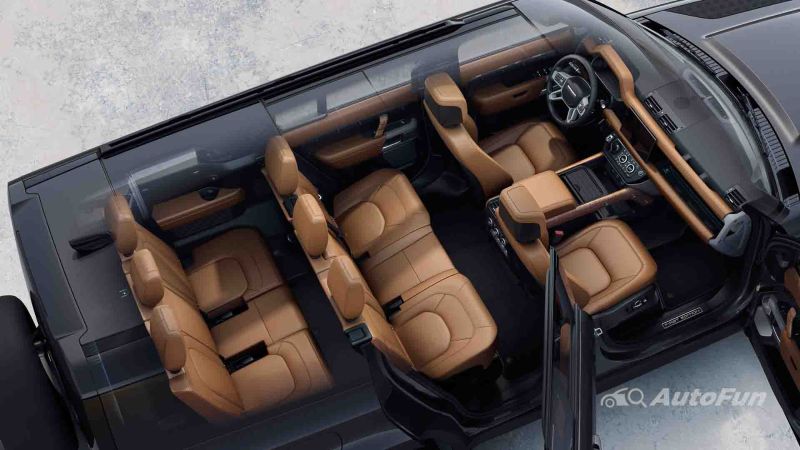 Rows two and three seats have been raised so the occupants can see the road ahead. At the same time, access to the third row is made easy with the slide and fold forward movement of the second-row seats. 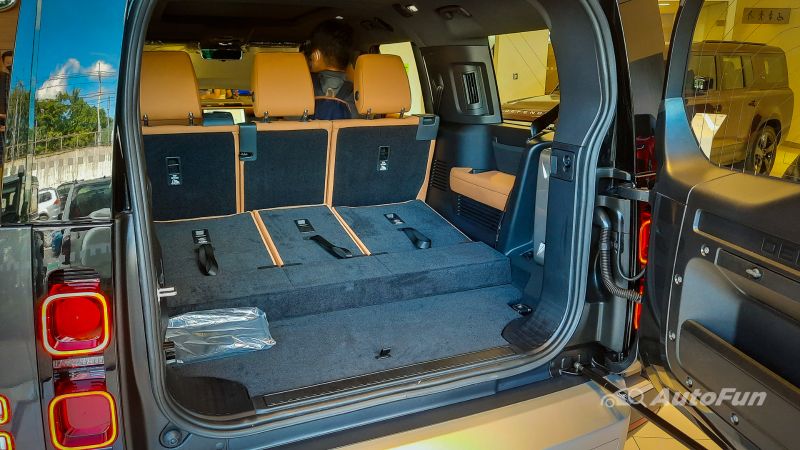 Fold the second and third-row seats down, and you’ll get up to 1,954 liters of space, enough expansive real estate to accommodate bulky gear, cargo, and then some. 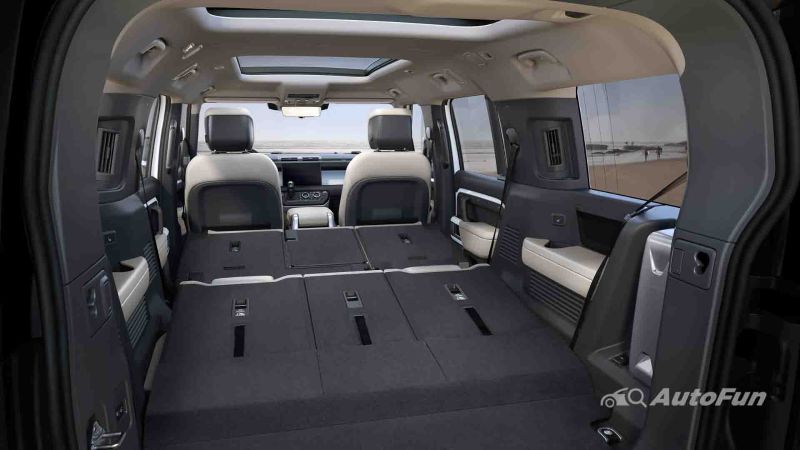 The Defender series has aged well over the past couple of years for a very utilitarian design. Land Rover must have thought, why fix it if it ain’t broke?

The Defender 130 maintains the distinctive, masculine, and imposing looks many Defender owners have come to love. Over 400 of them now in the Philippines, in fact. This latest iteration of the series gets a new exclusive exterior color option – Sedona Red which is supposed to add a bit more depth and sophistication to the 130. 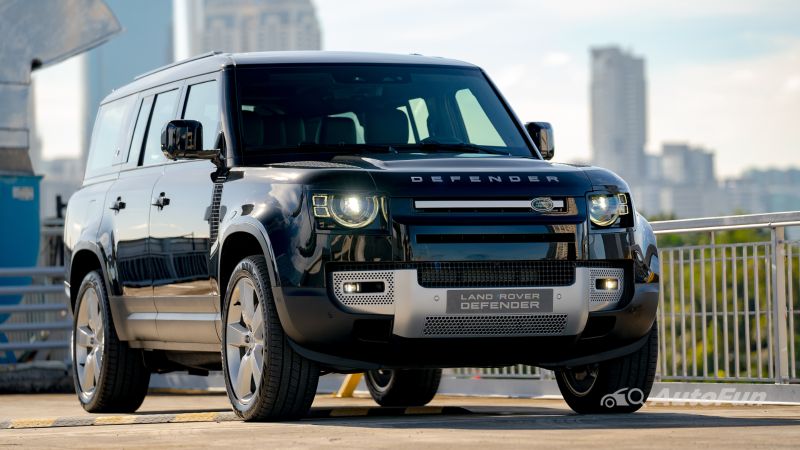 And to preserve the all-terrain capability of the Defender, the 130 has a 28.5-degree departure angle which should make this 8-seater just as hardcore and capable when it comes to off-roading. 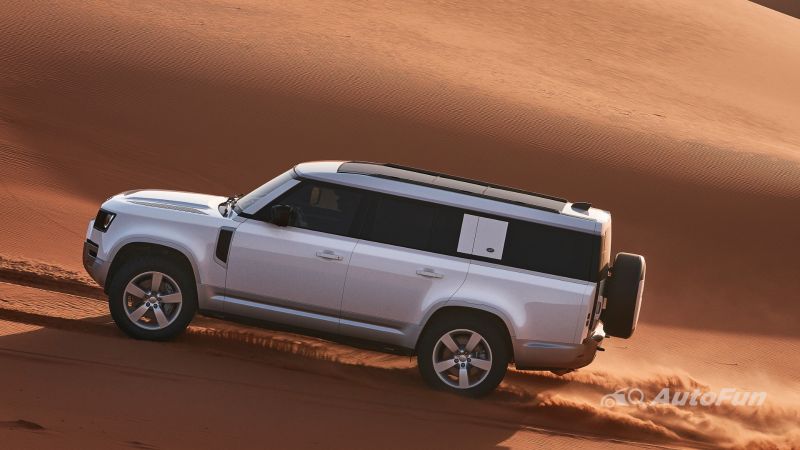 The Defender 130 is just as tough and versatile as you would expect a Defender to be. Land Rover says it can tow up to 3,000 kilograms. At the same time, every Defender 130 comes with Electronic Air Suspension with Adaptive Dynamics and, of course, Land Rover’s very own Terrain Response system.

The all-independent air suspension allows for 430 mm of articulation and adds 71.5mm of additional height at the front and 73.5mm at the rear. With a twin-speed transfer box and Intelligent All-Wheel Drive, negotiating uneven terrain and sizable obstacles should be a cinch. 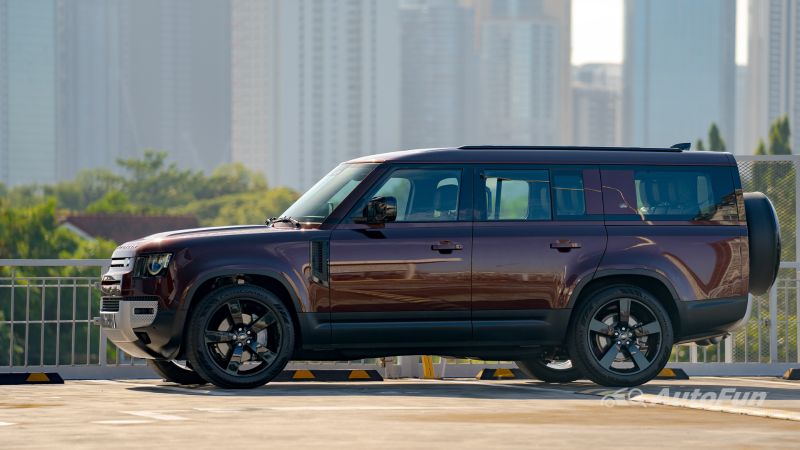 How about floods, you say? The Defender 130 can drive through up to 900mm of water, and you can’t expect any less, right?

Built around a monocoque D7x chassis that didn’t scrimp on aluminum, the Defender 130 is three times more rigid and refined than a typical ladder-frame people-hauler.

Despite its predisposition for durability and off-road capability, there is no shortage of amenities inside that make this Defender a very-well equipped living quarter. 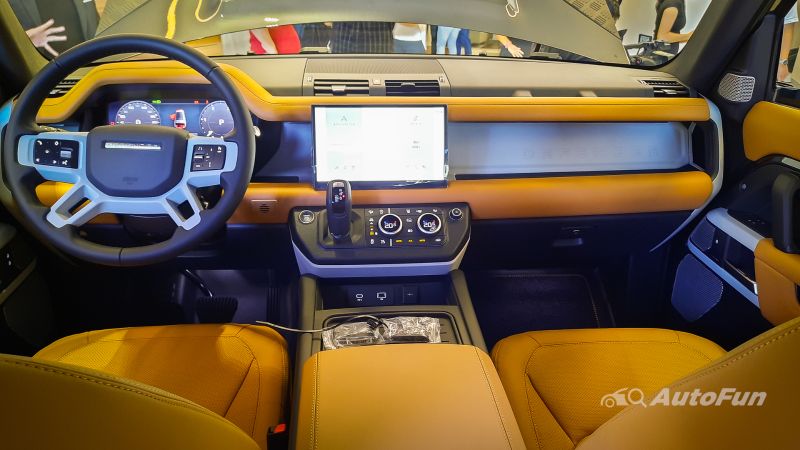 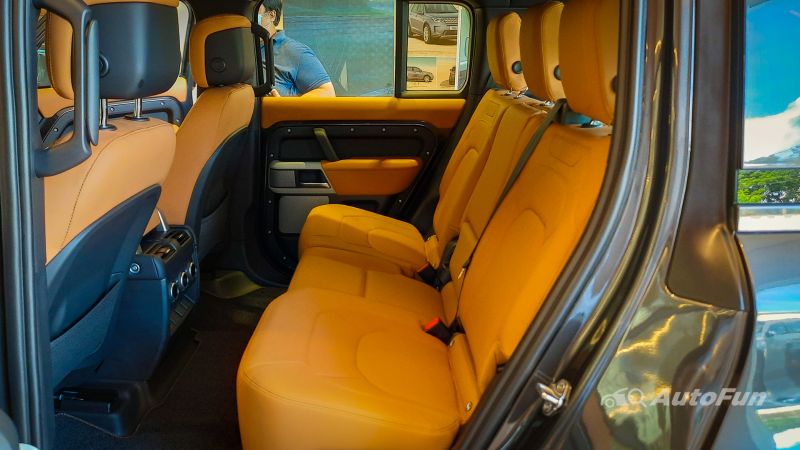 A new, larger, and well-laid-out 11.4-inch Pivi Pro touchscreen lets the folks up front control the vehicle’s primary functions. Its curved glass interface makes this infotainment system stand out among its peers. Cool. 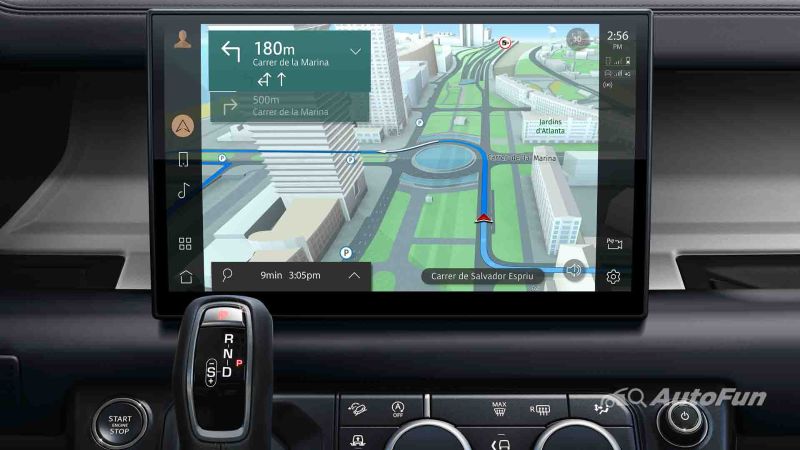 Okay, right now, diesel fuel hasn’t been getting a good rap. It’s more expensive than gasoline for one. But for the Defender 130, the extra torque its 3.0-liter six-cylinder diesel churns matches the expectations that this machine was laid upon.

Hauling eight passengers and gear around is no easy task. With 300 PS and 650 Nm on tap, it should be an effortless task for the Defender 130 to chug around any terrain. 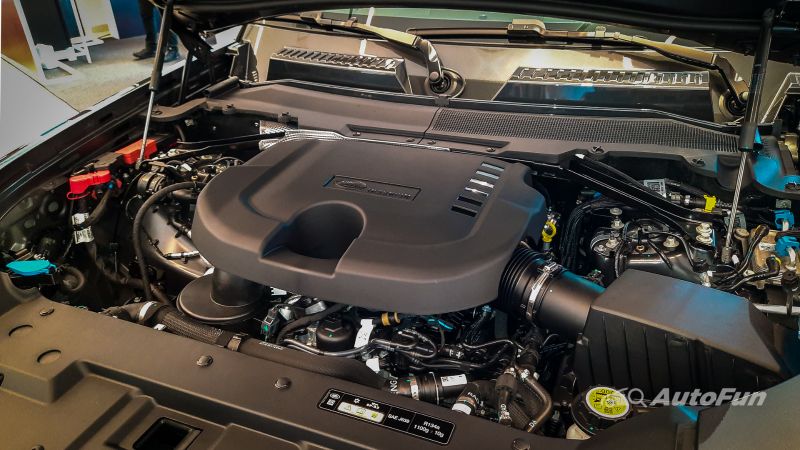