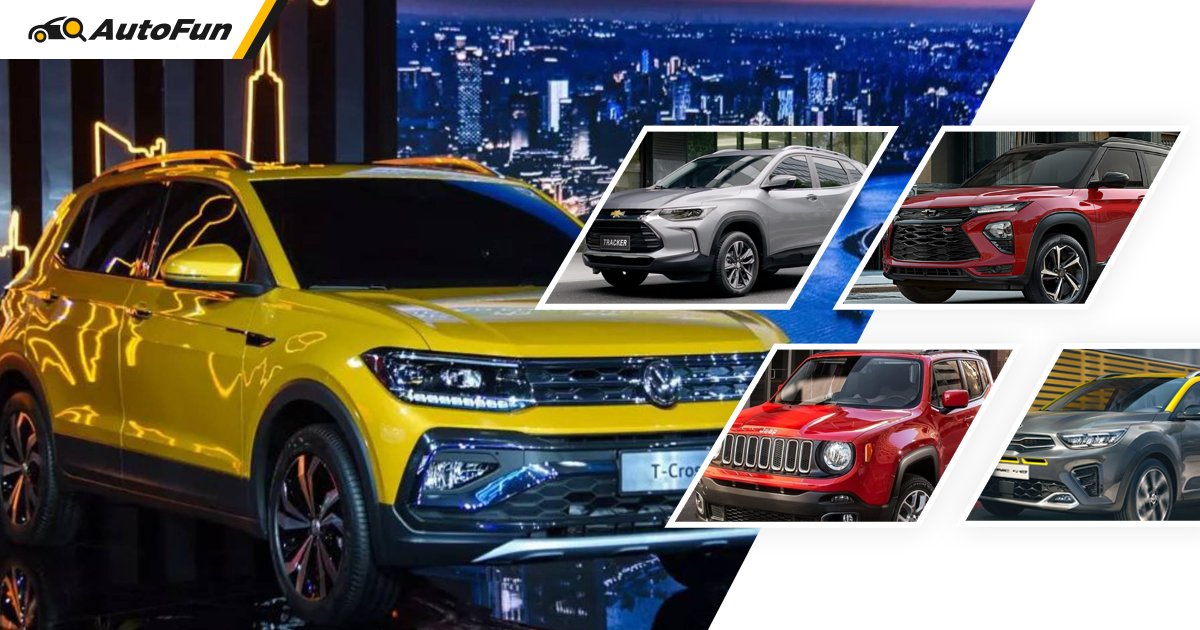 You may have noticed that a certain MG ZS has been selling since 2018. And if you’re into automotive history, MG is a well-loved British brand. But since the late-2000s it has been British only in name. Now owned by SAIC, MG’s Asian operations primarily make their cars in China.

So it’s a Chinese car in a British tux.

Does that make it any less of a great deal? Would it surprise you that MG isn’t the only manufacturer that makes its cars in China now? Well, let us share some information, shall we?

Here are the Western-branded crossovers locally available here in the Philippines that are sourced from the Middle Kingdom. 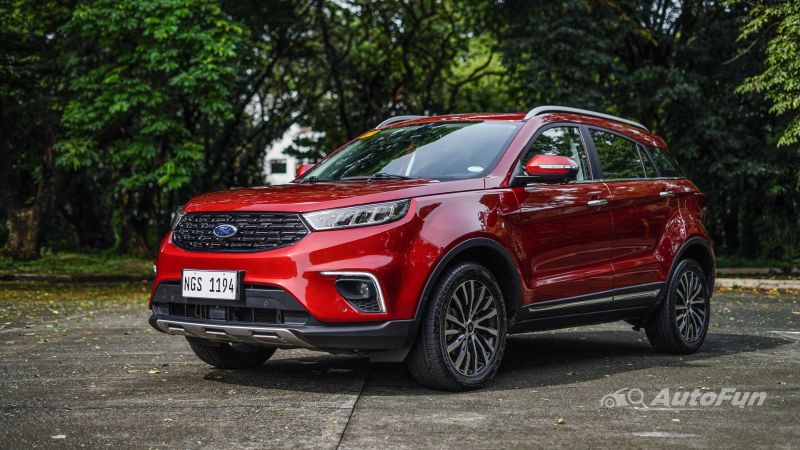 Arguably one of the most popular crossovers in the country, the Ford Territory has seen good growth in the market thanks to a nearly unbeatable price tag, clever marketing, and a features list that would put most others to shame. While it can do a reasonable 6-8 kilometers per liter in the city, the Territory can only manage 15 on the highway – a far cry from other crossovers at this price point. Still, the Territory’s grip on the market comes by way of the features that it comes with, not the least of which is the huge panoramic sunroof, which makes the cabin feel light and airy. Android Auto and Apple CarPlay are front and center in the features list, along with adaptive cruise control, ventilated seats, parking assist, 360-degree cameras, and autonomous emergency braking.

Something to note about the Ford Territory is that it isn’t strictly a subcompact crossover. Even though it plays at that price point, it’s physically larger, which makes it all the more valuable.

The Chevrolet Tracker is the marque’s recent attempt to capture some of the crossover markets on this side of the world. Powered by a 1.0-liter ECOTEC Inline-3 engine and mated to a 6-speed automatic, the Tracker will not set any records with its 118 PS and 175 Nm of torque. Still, it’s enough to get you going and keep you going. The pint-sized powerplant can churn out nearly 25 kilometers per liter on a highway run and, in the city, can likely turn out over 10.

Inside, the Tracker gets all the amenities you need. It loses the amenities you can do without. Apple CarPlay for your music, a panoramic sunroof for your open-air experience, a stop-start idling system to save on fuel, and a host of safety features to keep you alive are all part of the LT Redline package. 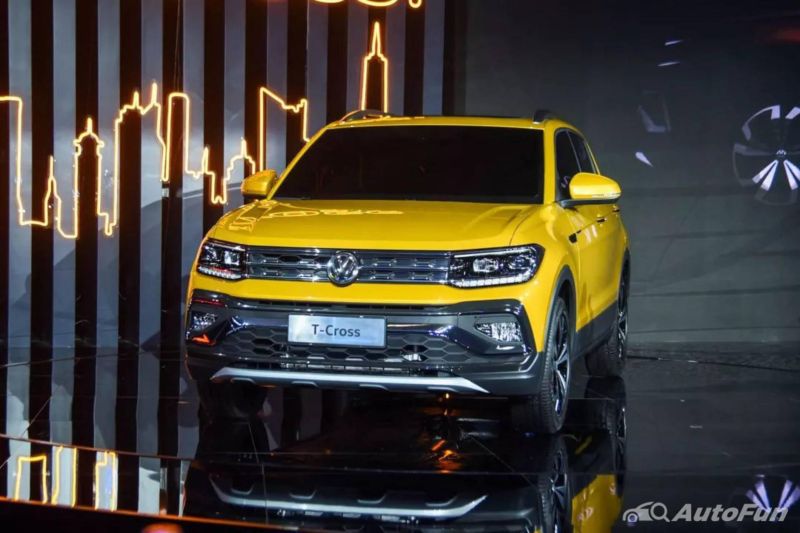 The Volkswagen T-Cross is the cheapest German crossover you can buy today, and that affordability is thanks to the fact that it’s sourced from SAIC.

True to the “People’s car” moniker, the T-Cross comes with various features designed to work with you instead of for you. It may not have power seats, but it has a 6-way adjustable seat for the driver and tilt and telescopic steering wheel adjustment, so finding the proper driving position for you is easy. Apple CarPlay is available, but Android Auto is not. Unlike all systems like this, though, Volkswagen gives you the option of wireless connectivity for Apple devices. 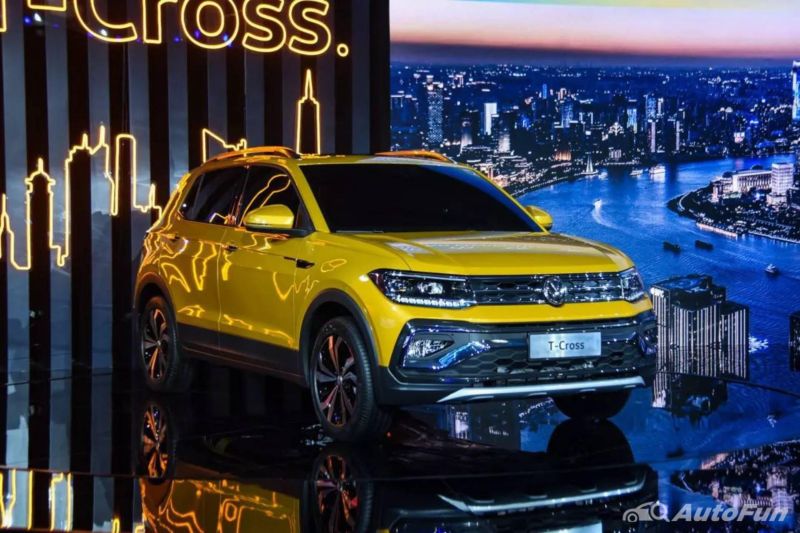 Under the hood, however, the T-Cross is left behind by most of its rivals, sporting a 1.5-liter naturally aspirated four-cylinder engine, making only 113 PS and 145 Newton-meters of torque, and it’s mated to a 6-speed DSG. Where the T-Cross regains some ground is in fuel consumption, getting 18 kilometers per liter on the highway and 11 in the city. In today’s fuel market, that pays back dividends, despite it being underpowered compared to its rivals. 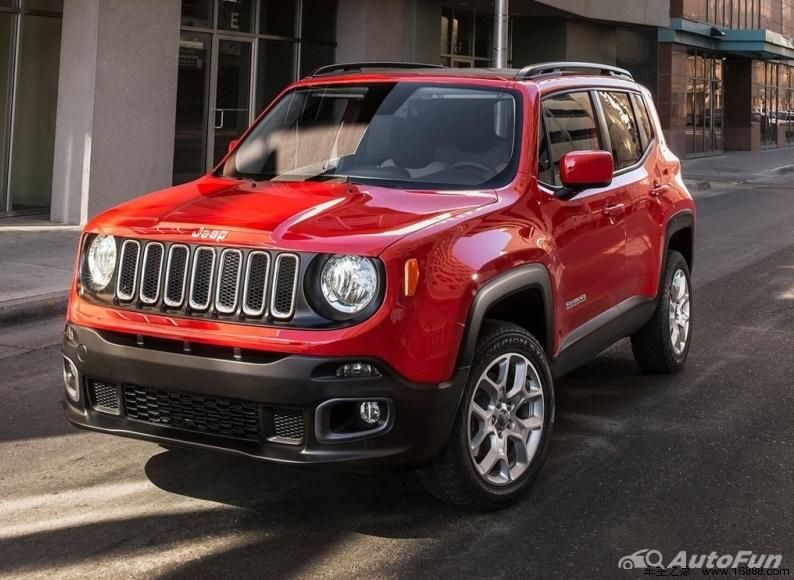 Jeep has long been a byword for off-road ability, from the first GPW that fought in the Second World War to the latest Wrangler 4xE, taking Off-roading into the Electric age. But the Renegade, a child of the Stellantis group’s takeover of Chrysler, is a Jeep meant to conquer the city streets. As such, the Renegade doesn’t have the same suspension articulation, construction, or even ground clearance as its forebears.

Still, as the smallest Jeep, the Renegade has many features that emulate its more rough-and-tumble stablemates, like Electronic Roll mitigation, Advanced brake assist, and All-Speed Traction Control. It also comes fitted with a 7-inch touchscreen with Apple CarPlay.

Under the hood, you’d look at a 1.4-liter FIRE T-Jet engine from FIAT, pumping 149 PS and 230 Newton-meters of torque through a 7-speed Dual Clutch transmission. This drivetrain gives the Renegade a claimed fuel consumption of 17 kilometers per liter, which is par for the course for the segment but quite impressive for a Jeep. 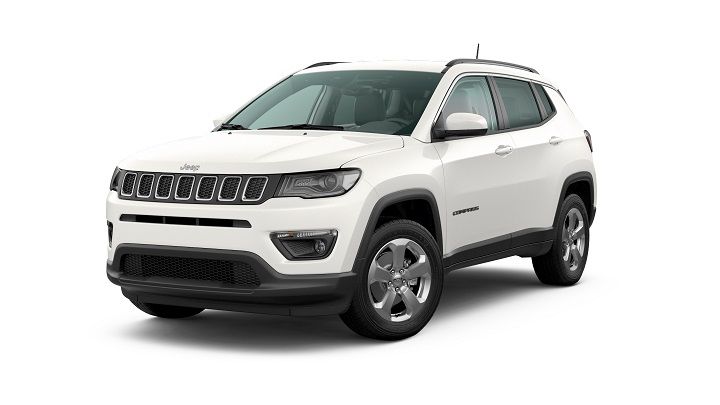 If the Renegade was the youngest and rowdiest brother in the Jeep stable, the Compass is the slightly older, slightly wiser sister – the one who can still rough it with her brothers in the woods, then sit down and flirt with the boys at the local cafe.

Without sounding overly sexist, the feminine qualities don’t affect the exterior so much as the interior. Unlike the Renegade and the Wrangler, the Compass is arguably one of Jeep’s most practical SUVs. Yes, the boxy shape of the jeep may look commodious, but it’s quite deceiving, unlike the Compass, which is very spacious for its size. 770 liters of cargo space with the rear seats up is a rare find in the Compact Crossover market, and Jeep knows it.

Under the hood, though, one can be forgiven for thinking the 1.4-liter turbocharged MultiAir Inline-4 engine might be underpowered, but this powerhouse makes an adequate 164 PS and 250 Nm of torque. Those healthy Italian horses (because this American is built by an Italian company in China) turn an equally unassuming 7-speed automatic. Still, this particular transmission is a weak point of the Compass, belting out a mediocre 16.12 kilometers per liter combined. A bad mark, yes, but not a dealbreaker.

Inside, the Compass is fitted with much the same gear and tech as the Renegade but loses Cruise control, which is a strange thing to be missing from what should be a more upscale, road-going SUV. That said, despite this car being bigger, roomier, and more powerful, it’s ₱10,000 cheaper than the Renegade. That price difference makes a difficult decision for which one is more attractive – you could get the Compass, lose out on certain features but save ₱10,000, or spend the extra money and get a better-equipped car but have less power to propel you. Decisions, decisions. 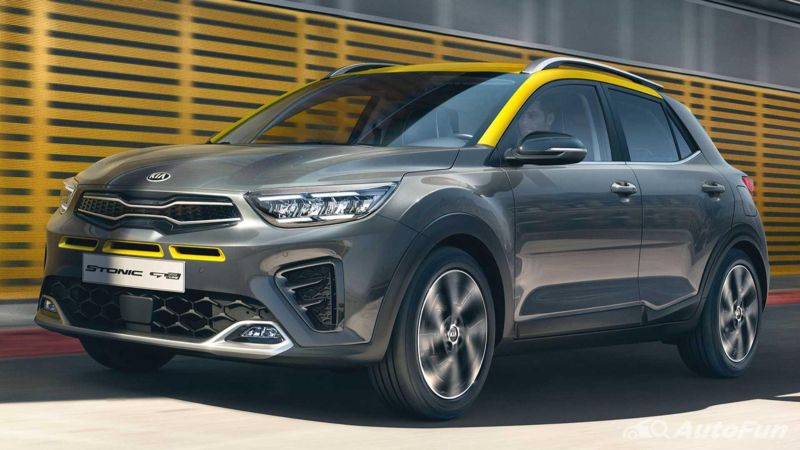 While not European or American, the Kia Stonic is another crossover made in China by a non-Chinese company, and it is by far the cheapest one here.

Powered by a 1.4-liter 4-cylinder engine and mated to either a 5-speed manual or a 6-speed automatic, this little SUV has to make do with less than 100 PS and 132 Newton-meters of torque. The engine is frugal, though, turning 8 kilometers per liter in the city while jumping to 18 on the highway.

Inside, the Stonic is genuinely designed for the new car-buying generation. An 8-inch infotainment screen is present, as are Android Auto and Apple CarPlay. While drivers must do without cruise control, it has automatic climate control.

Safety-wise, you sort of get what you pay for in that you don’t have the fancy 360-degree camera, blind spot monitoring, or the other things that make the others real bargains, but that’s to be expected when even the range-topping Stonic costs less than one million pesos.

Source: East meets West: Western-branded crossovers that are made in China