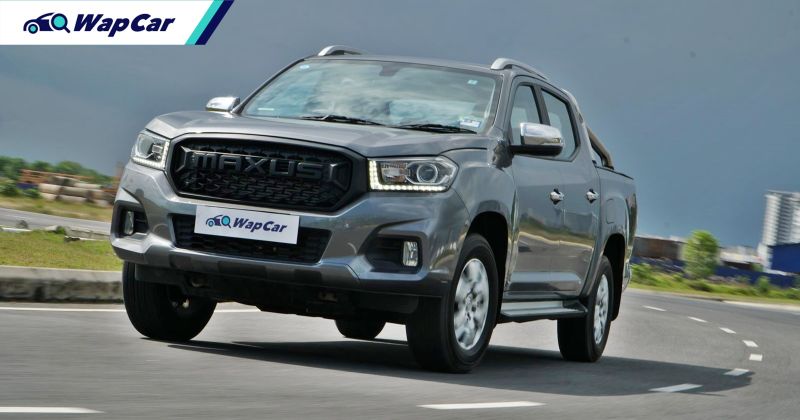 As pick-up trucks undergo a paradigm shift that’s seeing them needing to balance equal parts lifestyle statement as much as they remain workhorses, the need for more advanced features and comfort-oriented equipment weighs much heavier.

Among the dark horses in the pick-up segment, the Maxus T60 continues to evolve and perfectly balance the many facets expected of a modern, urban truck without breaking the bank; as many mainstream models have begun to do. 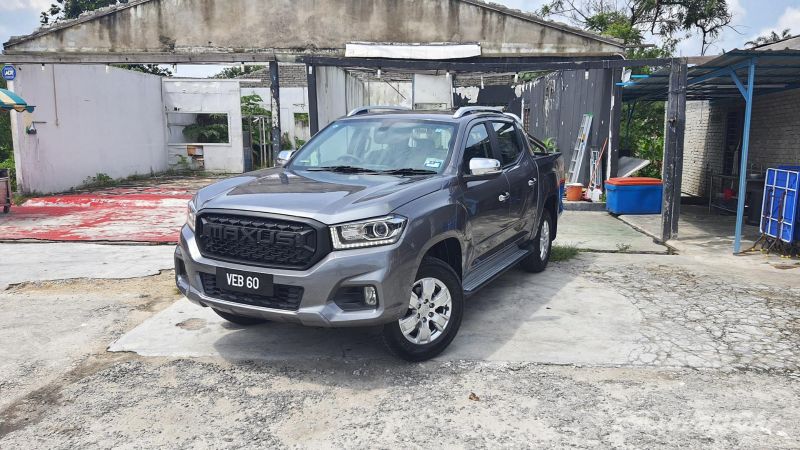 The term “value for money” might get thrown around quite often these days but in the case of the T60, the list of features more than justifies the label. 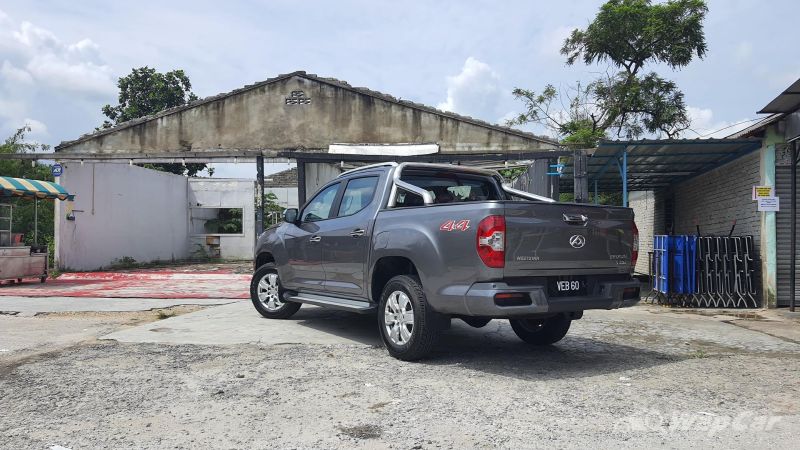 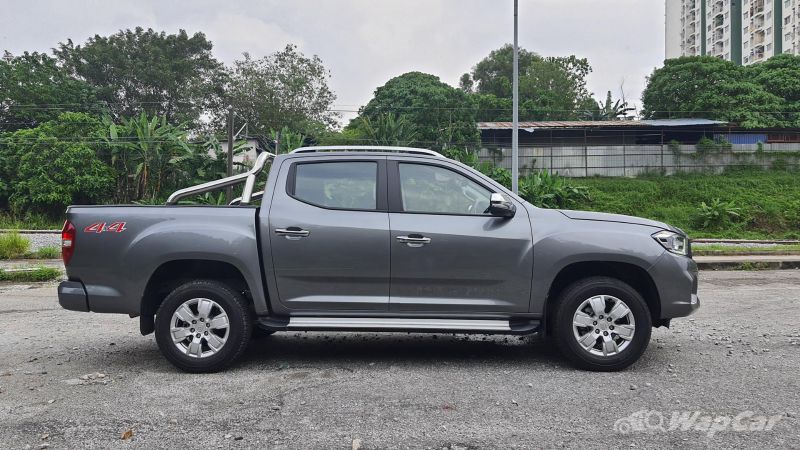 However, that’s not all. Maxus are determined to go the extra mile in returning value-for-money to you and have lined up even more prizes for lucky customers. 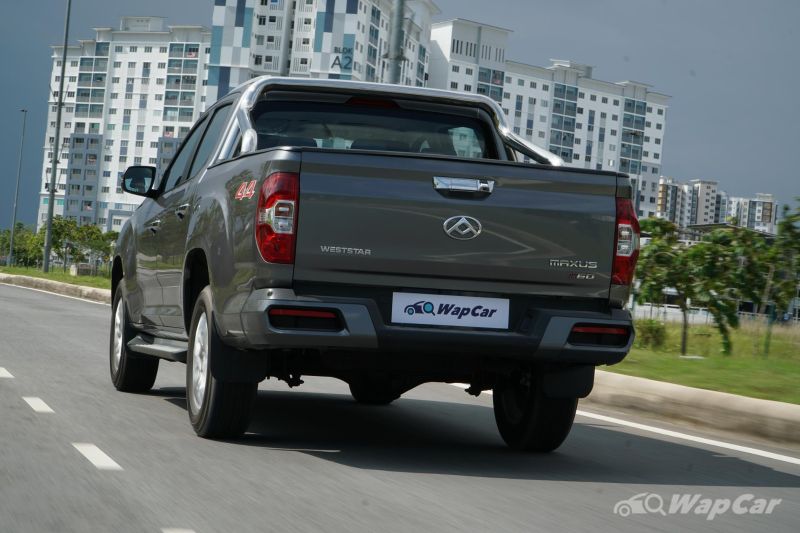 But that’s not all, on top of the RM 6,000 rebate for all new T60s, 3 customers that place a booking during this period will be in the running for either an additional RM 6,000 cash rebate, a Free iPhone 14 Pro Max or 5 years of free road tax with the booking. 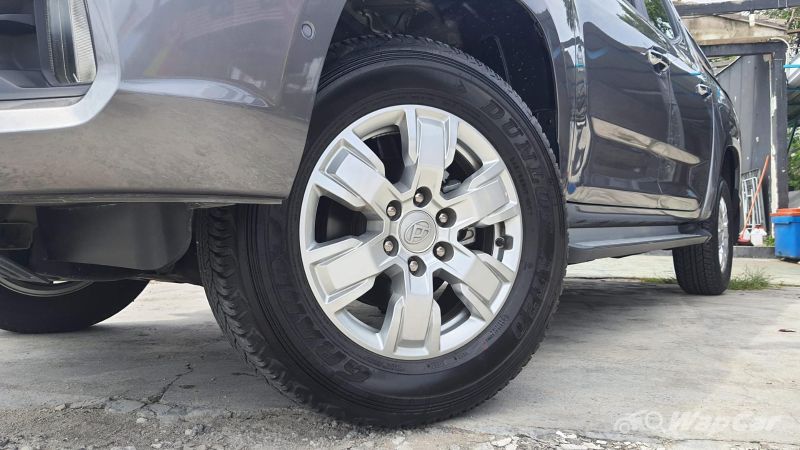 Even if you do miss out on the extra prizes, each new T60 comes standard with a 5-year / 130,000 km warranty as well as a comprehensive aftersales support package that comprises free parts, lubricants and labour for a 4-year / 80,000 km duration. Essentially, that’s your scheduled maintenance for 4 years covered. 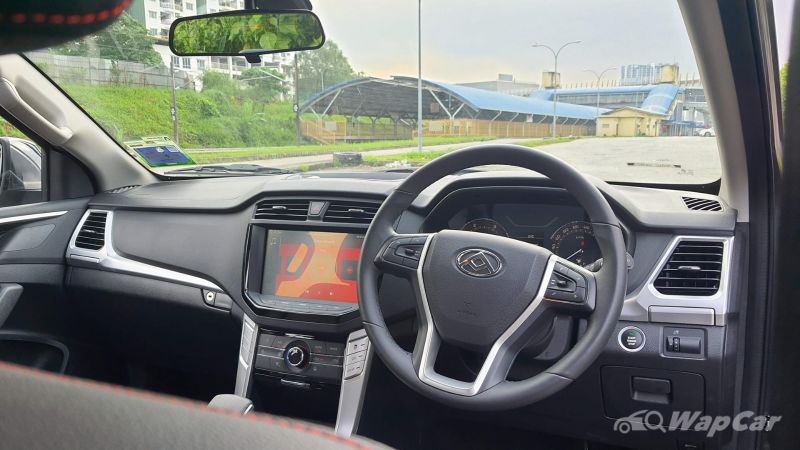 If you’re on a tight budget, Maxus is also carrying limited units of pre-owned T60’s for as low as RM 80,000 that still carries a 5-year warranty. 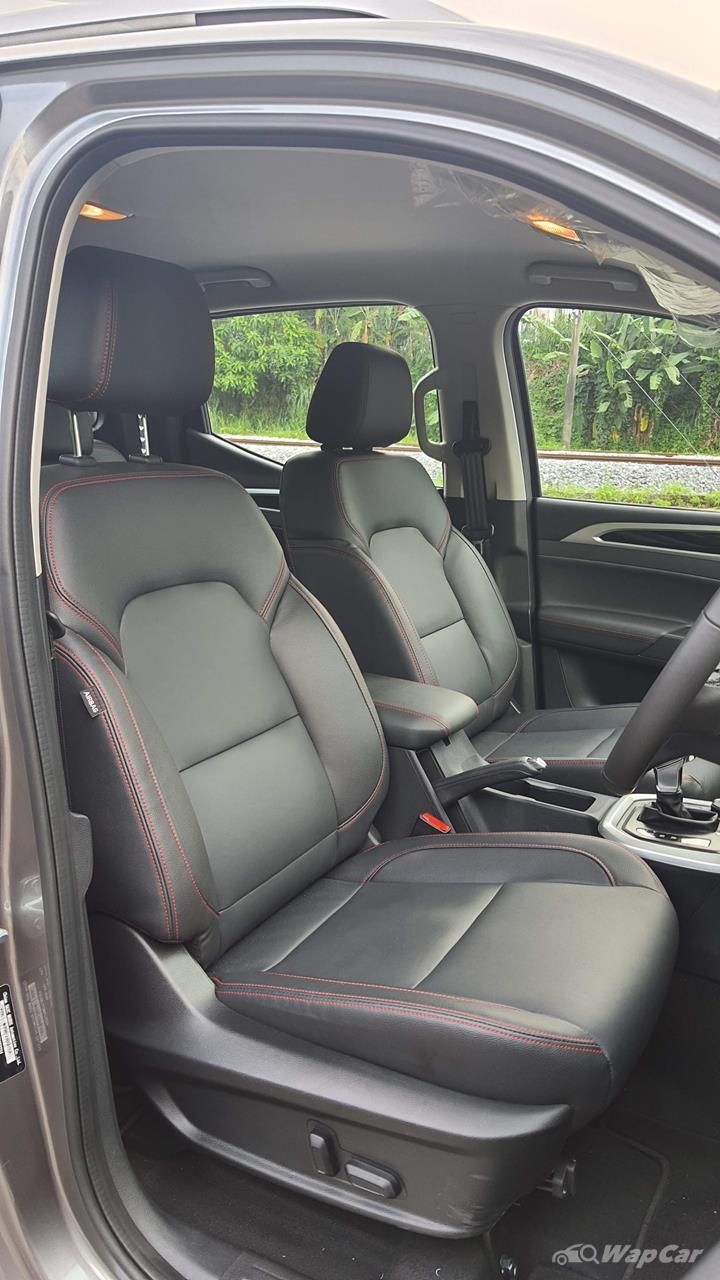 But we digress, the most recent update for the 2022 Maxus T60 was led by an imposing new front façade as well as a slew of upgraded safety features. 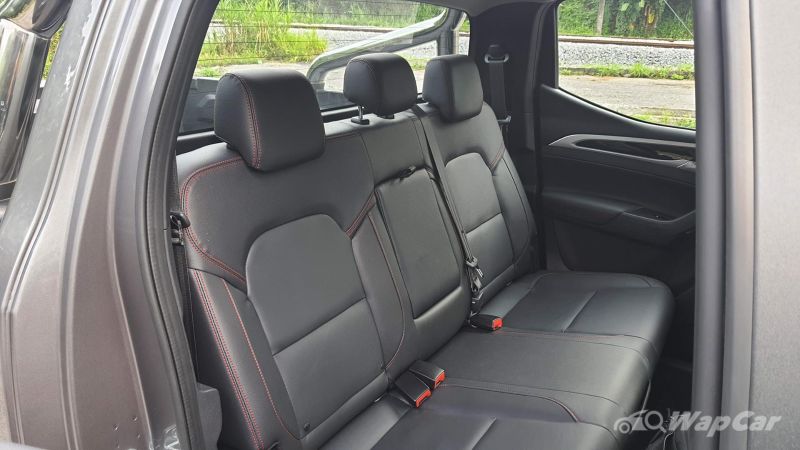 It wasn’t all show and no go however. Chief among the improvements was a new performance enhancement kit that’s now standard with all new T60s purchased. 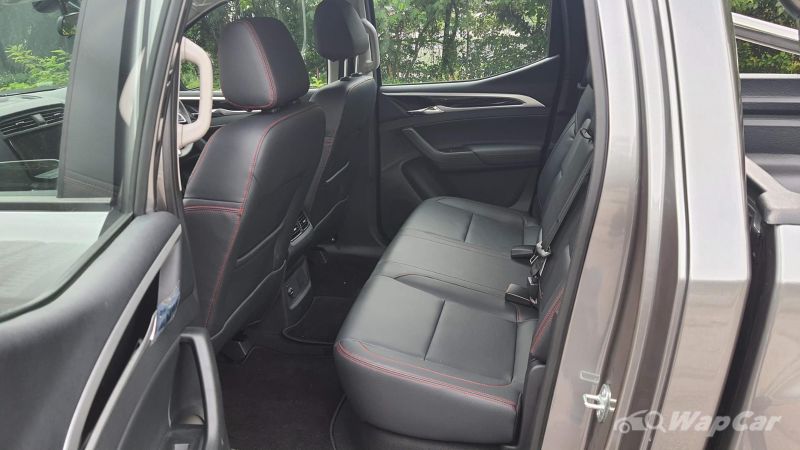 The Maxus Performance Kit increased power to 155 PS but key in a workhorse, it amplified torque from 360 Nm to a whopping 425 Nm from the 2.8-litre, 16-valve, DOHC VGT turbodiesel mill. 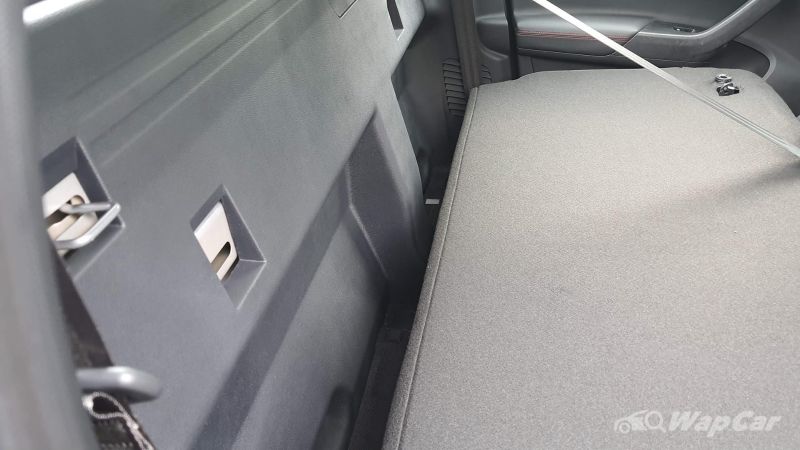 Alongside the extra kick under the hood, the kit’s finetuning also saw marginal savings in fuel consumption from a combined 10.4 km/litre to a better 11.1 km/litre whilst retaining Euro 4 emission standards. 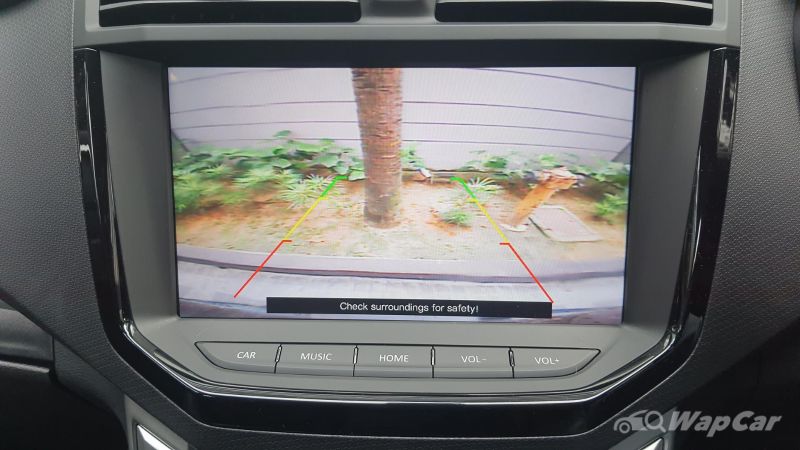 Additionally, the Drive Mode selector offers 3 driving modes; Eco, Normal and Power. In Eco, Maxus touts fuel savings of 2 percent while in Power, you’ll be privy to a 5 percent bump up in performance.

Also Read: Review: Is it Malaysia’s best truck ever? No, but the 2022 Maxus T60 stretches your RM 115k further than rivals do 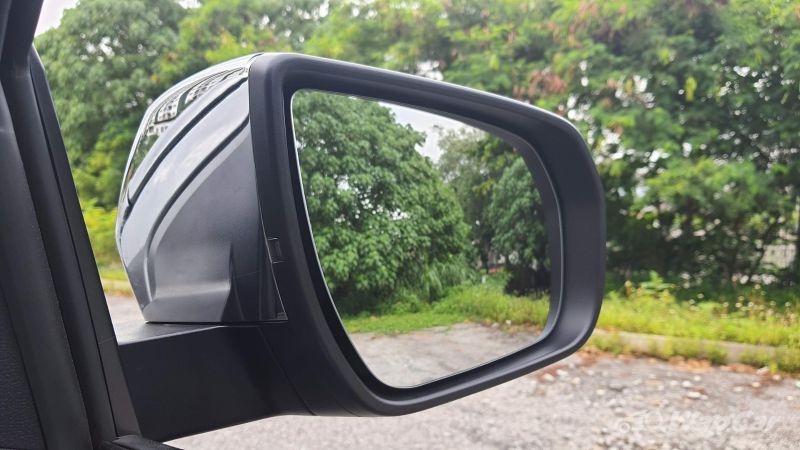 Keeping the T60 planted on all surfaces is a BorgWarner electronically-controlled four-wheel drive system with help from an Eaton differential for superior power distribution. A 6-speed Punch automatic completed the drivetrain that also supports switching between the 2H, 4H and 4L on-the-fly. If you ever find yourself in need of the workhorse side of it, the T60 is rated at 815 kg in the bed and is capable of towing 3,000 kg. 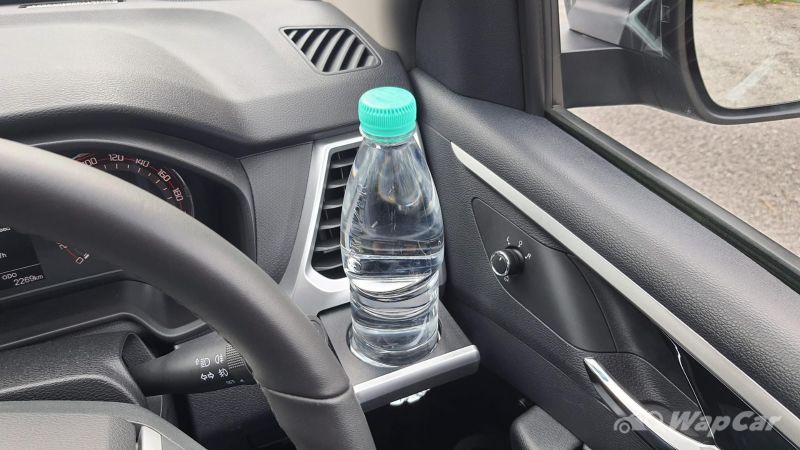 Safety isn’t something that Maxus takes lightly. Fittingly, the T60 packs quite a comprehensive list of safety tech that comprises a Bosch stability control programme, ABS, EBD, BA, traction control and Roll Movement Intervention (RMI). Not one to shy away from steep inclines or declines, the T60 is equipped with Hill Start Assist Control (HAS) and Hill Descent Control (HDC). 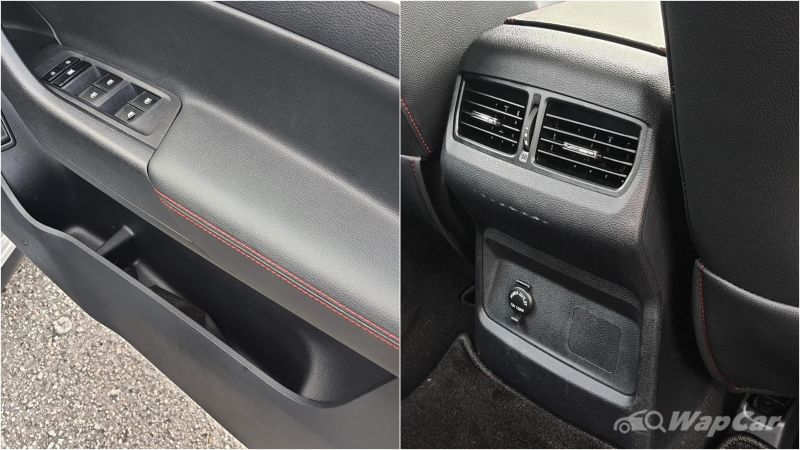 Rounding up the safety kit are front and side airbags, automatic headlight adjustment, rear parking sensors, a reverse camera, two Isofix anchorage points and a Blind Spot Information System (BLIS). Furthermore, when it was launched, the T60 laid claim to being the first 4×4 pick-up with rear ventilated disc brakes and a Tyre Pressure Monitoring System (TPMS). 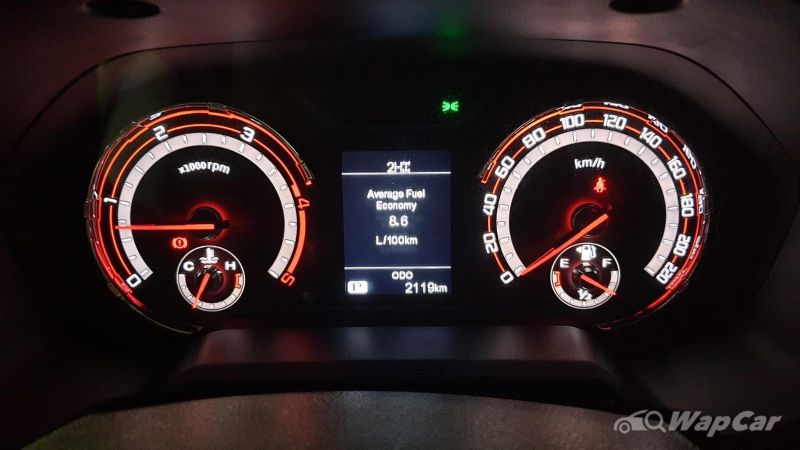 Inside the cabin, creature comforts span power-adjustable front seats with plenty of thought put into storage solutions. Among them are forward and rearward folding rear seats and 15 storage areas within the cabin. Premium features such as a push-start button, automatic air-conditioning and electric folding mirrors are all present and accounted for. 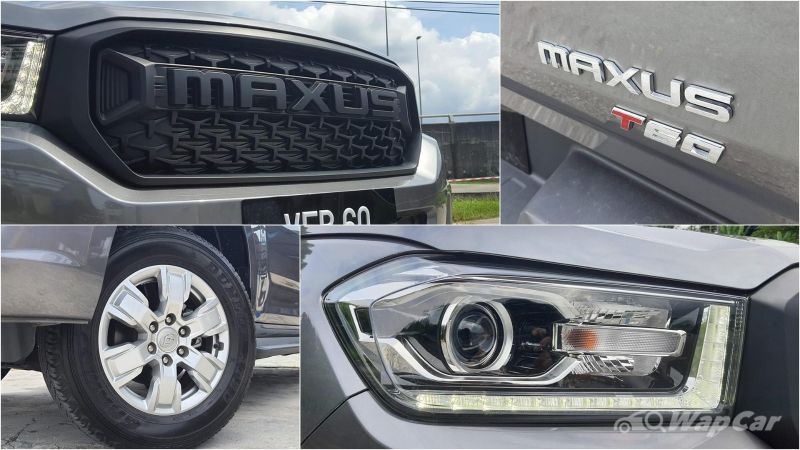 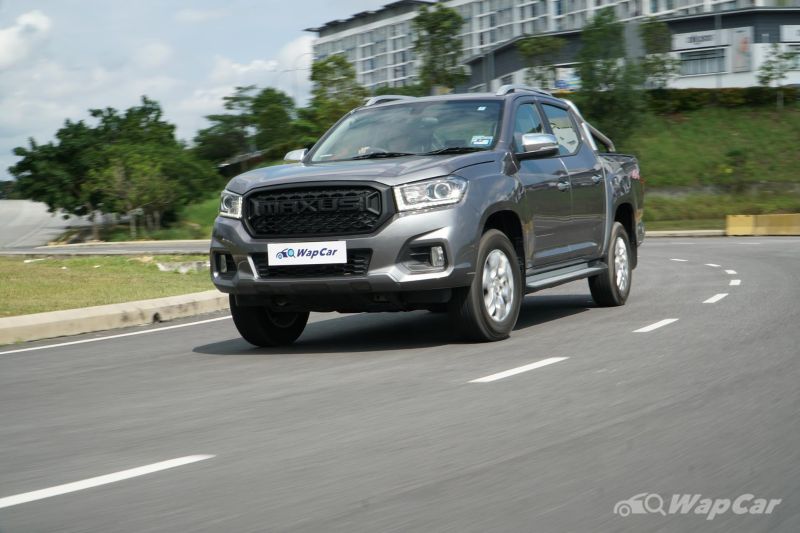 The T60 comes in a variety of eye-catching shades such as Obsidian Black, Agate Red, Lava Grey, Blanc White, Aurora Silver and Ocean Blue. We recommend the red or the grey one pictured here… handsome brutes.

If you’re keen to get a feel of the Maxus T60, hit the link here to book a test drive.

Source: The Maxus T60, now with year end rebates worth RM 6,000 that gives you more truck for less Ringgit