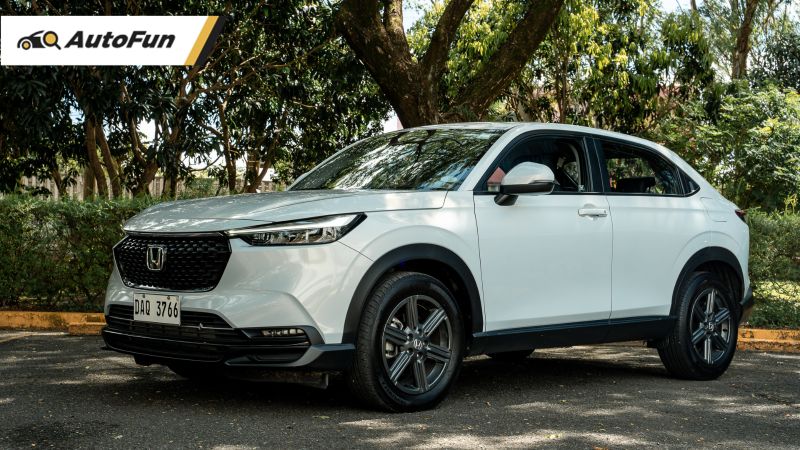 Disclaimer: Honda Cars Philippines Inc. very kindly lent me a 2022 Honda HR-V V Turbo for one week full of fuel and RFID cards with enough load for a trip to the moon and back. AutoFun Philippines paid for a car wash and some fuel for the trip back to the HCPI plant in Santa Rosa, Laguna.

[Translation: My earphones might have fallen in the back seat when we went drifting.]

So was the rather harried message that I got from my dear best friend, Evans, just as I arrived home on Sunday night after a long day of performance driving.

I joined him earlier that day at the R33 Drift Track for the Automobile Association of the Philippines’ Motorsport Development Program (MSDP), of which I am a graduate.

After he successfully finished his MSDP course, we decided to hoon in my BMW (under supervised conditions) before heading home. However, wireless earbuds and powerslides don’t always jive.

But thankfully, Evans’ worries were quelled the next morning when I found the tiny case containing his beloved headphones buried in the nether regions of my car’s back seat.

And because his school is near my house, I decided to hit three birds with one stone a few days later – I’d drive him home from school and return his precious earpieces while testing out the all-new Honda HR-V V Turbo.

I have always had a soft spot for the Honda HR-V.

I was still a kid when the first-generation model debuted in the Philippines in the 1990s. Its pangkaskas ng yelo (ice shaver) looks, prominent hood line, CR-V-derived 4WD system, and wacky colors really made it stand out from the rest of the Honda Cars lineup.

When I got older, Honda revived the HR-V, and it still stood out with its hidden rear door handles and quirky, subcompact crossover styling.

That’s why I was delighted to see that the newest HR-V is still the quirkiest Honda of them all.

The hidden rear door handles are carried over, but details like the funky side air-conditioning vents, the small pulse line in the lower front grill, and the steeply raked rear windscreen really add to the verve that many modern cars have lost.

Combine all this with the long hood line, thin LED headlights, small windows, and 17-inch alloy wheels, and you get a crossover that advertises its individuality while being rather sleek and handsome.

Getting in (and out) of the HR-V is very pleasant, particularly with its excellent step-in height requiring very little body contorting.

As you sit inside, you get acres of soft leather as standard with nice leatherette material lining the center console and the door cards. Build quality is, as expected of a Japanese car, superb.

But I do wish Honda used better materials for the tops of the dashboard and the doors, which had scratchy, cheap-feeling plastic on them. At least the 8-inch touchscreen infotainment system was easy to use and navigate.

Rear passengers in the V Turbo variant are also treated to niceties like dedicated air-conditioning vents and USB charging ports. Still, to put it nicely, the middle rear seat is an afterthought, so three passengers in the back may not be a good idea.

And those two passengers who do sit out back better not be too tall. The HR-V’s eye-catching rear roofline may be pretty, but someone above 5’8” like Evans will find their scalps rubbing the headliner (as he soon discovered).

Nonetheless, the HR-V features Honda’s very versatile ULT (Utility, Long, Tall) rear seat, which folds flat with a 60:40 split and has seat cushions that can be raised to fit tall items like a large bonsai tree.

In addition, the low-loading lip and large tailgate opening made putting groceries into the cargo area a breeze for me and my Mom.

Quick, but dynamics should keep up

All right, back to Evans.

I picked him up from school at around 3 pm and began one of my life’s most dreadful journeys: driving to Fairview.

Faced with the prospect of rush-hour traffic on Commonwealth Avenue, I made sure to find ways to minimize the agony of sitting still on that massive highway.

Threading through side roads, I found the HR-V’s size just right for city driving, and the good soundproofing made for very refined progress.

The steering is also light but remains alarmingly light and numb even at higher speeds. And the brakes, though strong, lack the firm pedal feel of something like a Mazda CX-30.

These are things that are rather unusual for a powerful, turbocharged crossover.

Yes, you read that right – this HR-V comes with the same turbocharged 1.5-liter, twin-cam, 16-valve inline-4 gasoline engine from the Civic RS Turbo. It pumps out 177 PS and 240 Nm of torque, mated to a continuously variable transmission.

The boost kicks in at around 2,000 rpm, and if you keep it there, it will average 7 to 10 km/L in the city, as I did in my 40-kilometer excursion to and from Fairview.

But if you enjoy the turbo too much and drive it like a Honda Civic Type R, expect the fuel economy to plummet like a Steinway down a staircase.

Other gripes include the poorly tuned shock absorbers (which make the HR-V jiggle too much over bumps), the lack of a coolant temperature gauge, the unsupportive driver’s seat, and the tiny windows that can make seeing out of the back a challenge.

Aside from being the quirkiest Honda, the HR-V is also one of the safest because all variants feature Honda SENSING.

I tested nearly all of these features in a 280-kilometer drive from Quezon City to Subic and back. The HR-V effectively corrected lane departures, warned me to hit the brakes, and would even come to a complete stop at expressway speeds.

The little crossover also performed wonderfully on the highway. The turbocharged 1500 engine will headbutt the horizon with great force until it runs out of puff past 6,000 rpm.

Adding to the refinement is its cruising engine speed of 1,900 rpm at 100 km/h, which helped get fuel economy figures of 16 to 18 km/L. But again, the over-soft shock absorbers will jiggle over undulations.

Premium crossover at a premium price

On the whole, I really liked my week with the Honda HR-V V Turbo.

However, price-conscious buyers in this segment will notice the HR-V V Turbo’s ₱1,649,000 price tag as of press time. On paper, this makes the Honda much pricier than the current darling of the small turbo crossover scene, the Geely Coolray.

The price difference might be too much for some, but what you do get when you splash the extra cash is arguably more unique styling, better refinement, and safety equipment that puts the Honda far ahead of its rivals.

But for those who don’t need turbo power, the base model HR-V S, which starts at ₱ 1,250,000, offers excellent value and better fuel consumption. My colleague, Gilbert Chao, will handle the review of that variant.