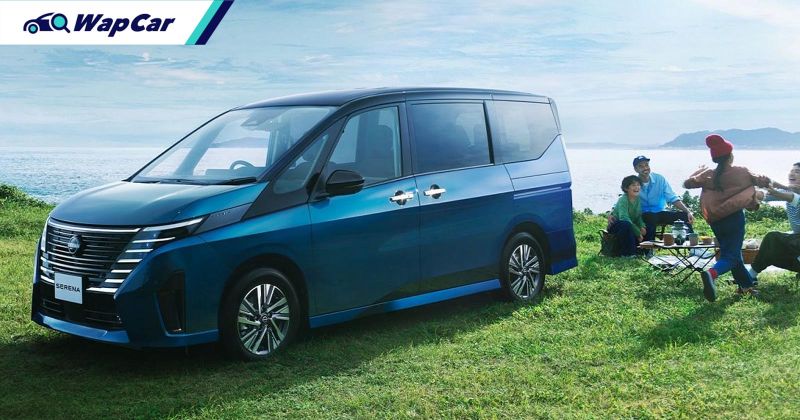 Nissan has just launched the all-new C28 2023 Nissan Serena in Japan, superseding the C27-generation model that has been around since 2016. 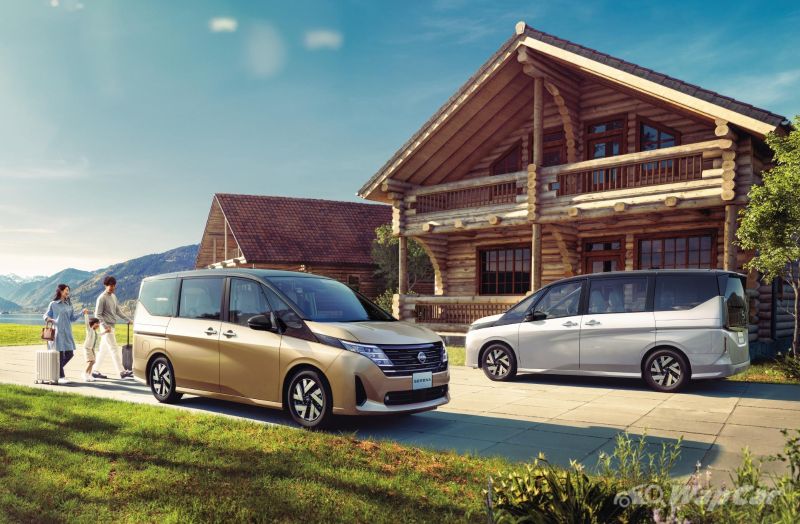 Changes are aplenty with the C28 Serena, including the new ProPilot 2.0 ADAS suite and improved e-Power series-hybrid powertrain. 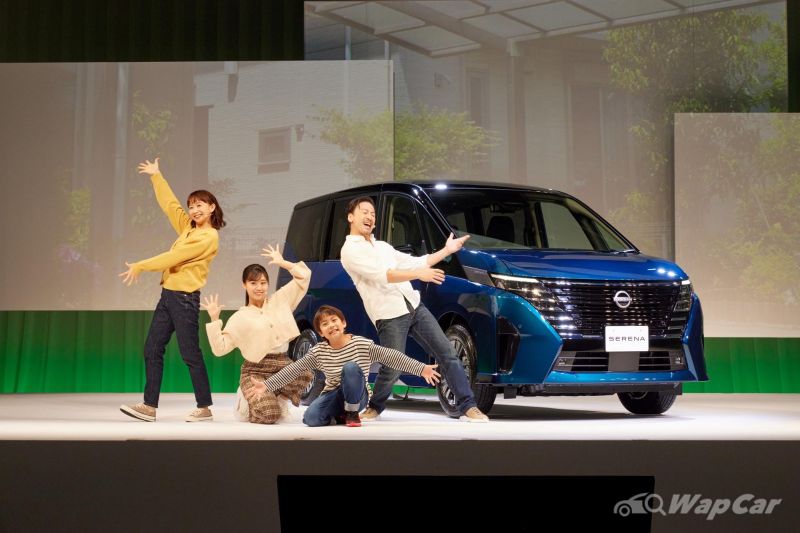 Powertrain – Two powertrains as before, S-Hybrid is no more 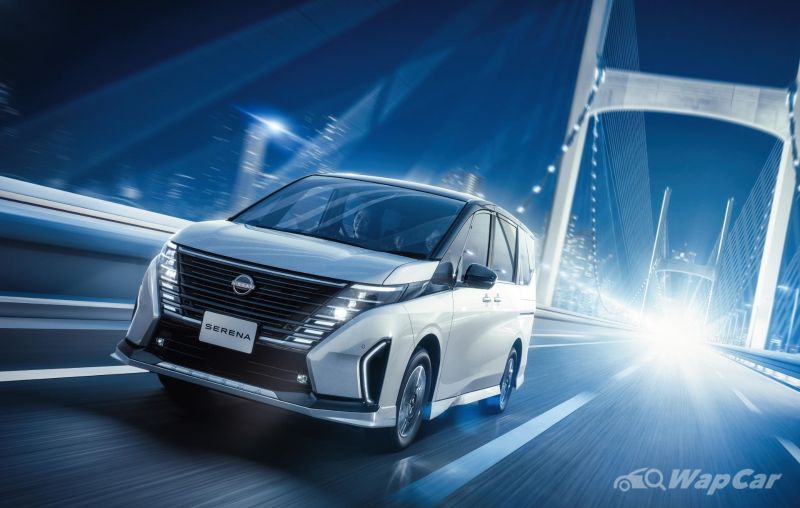 As before, two powertrain options are offered on the C28 Serena. The S-Hybrid system which the C27 Serena offered isn’t here on the new generation model. 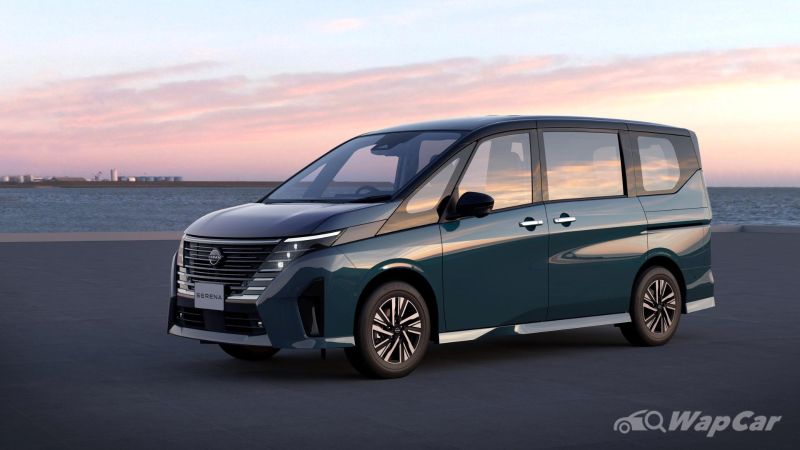 Also Read: Hybrid 101: Demystifying MHEV, HEV, PHEV, and understanding whether Toyota, Honda, or Perodua hybrids are best for you

Being a series-hybrid, the electric motor is the car’s sold propulsion source and the petrol engine only serves as an on-board power generator for the electric motor. Under the WLTC test cycle, the C28 Serena with the e-Power system returns an average fuel consumption of 4.85-litre/100 km (20.6 km/litre). 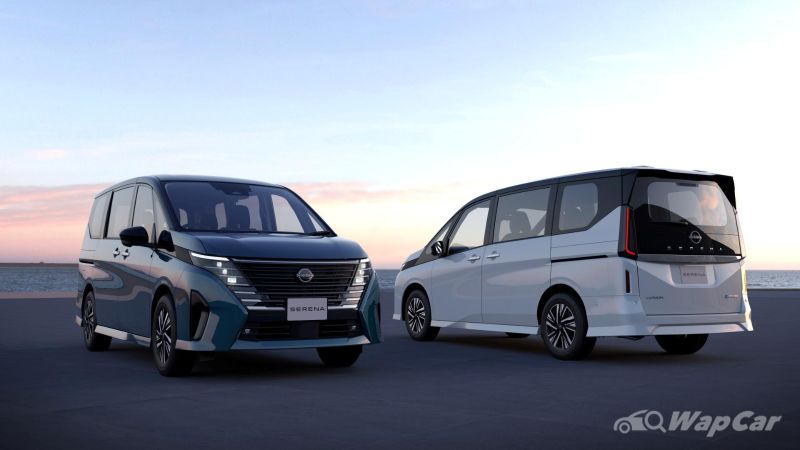 The second powertrain option is a regular naturally-aspirated 2.0-litre MR20DD 4-cylinder petrol engine that does 150 PS and 200 Nm, mated to a CVT-type automatic transmission. 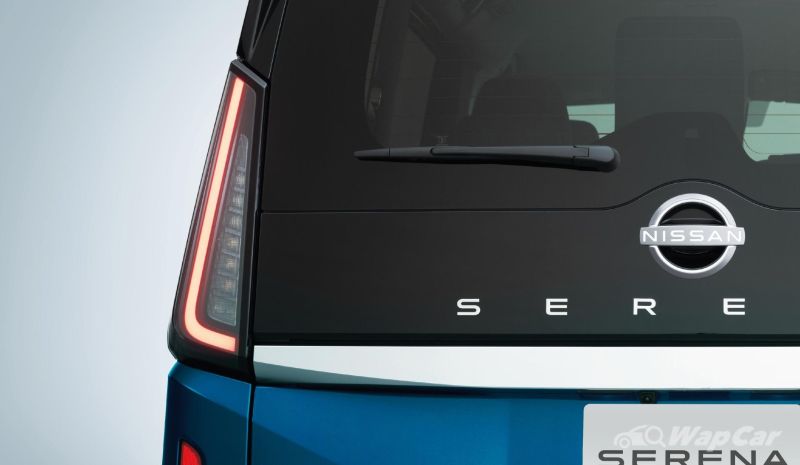 Fuel consumption for the regular petrol variant is rated at 7.46-litre/100 km (13.4 km/litre) under the WLTC test cycle. 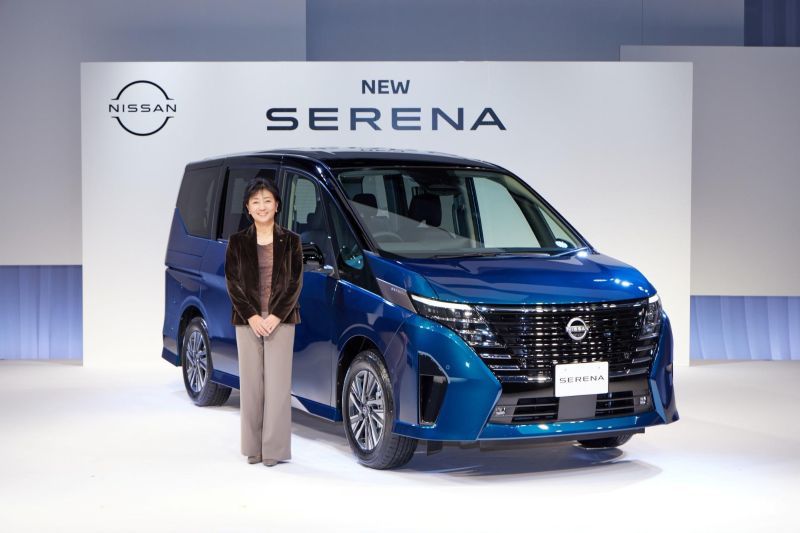 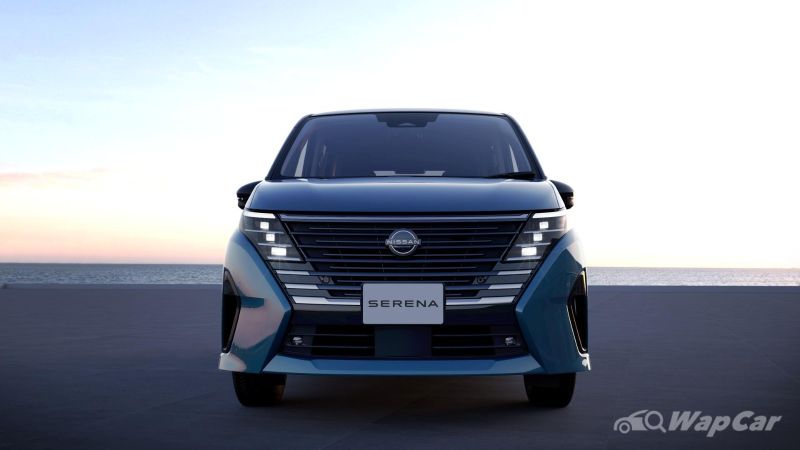 As seen in recent renders and patent images, the C28 Serena’s front-end features a prominent grille with neatly-integrated headlights. There are angular trim pieces on each end of the front bumper, while the front fog lights are integrated into the lower air intake. 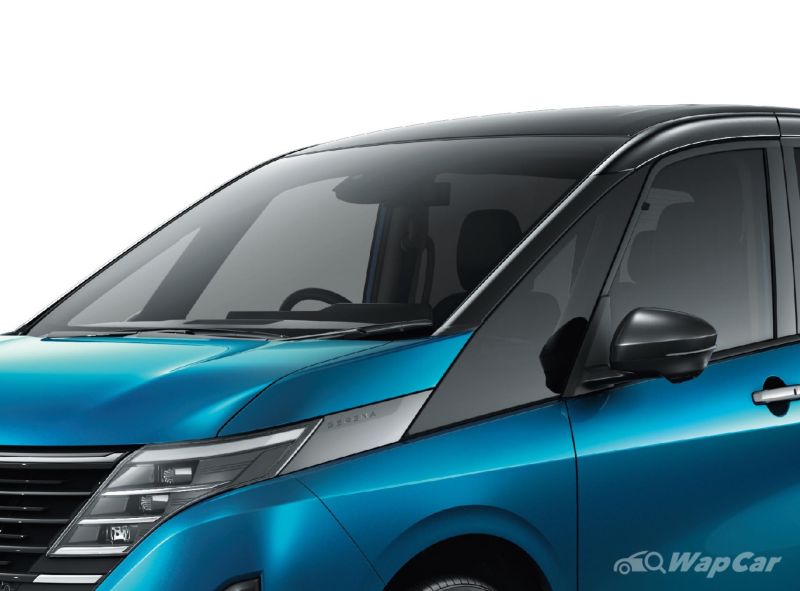 Towards the side, there’s a Serena inscription on a trim piece behind the headlights. The rest of the C28 Nissan Serena’s side profile is reminiscent of the outgoing model, including the large cutout at the A-pillar, as well as raised beltline towards the rear-end.

Speaking of rear-end, the C28 Serena continues to offer the ingenious dual-opening, split tailgate. A boon when reversed parked and space is tight, as one does not need to open the entire tailgate to access the boot area of the Serena.

Also Read: Review: The Nissan Serena will not inspire you, but few other MPVs can do a better job 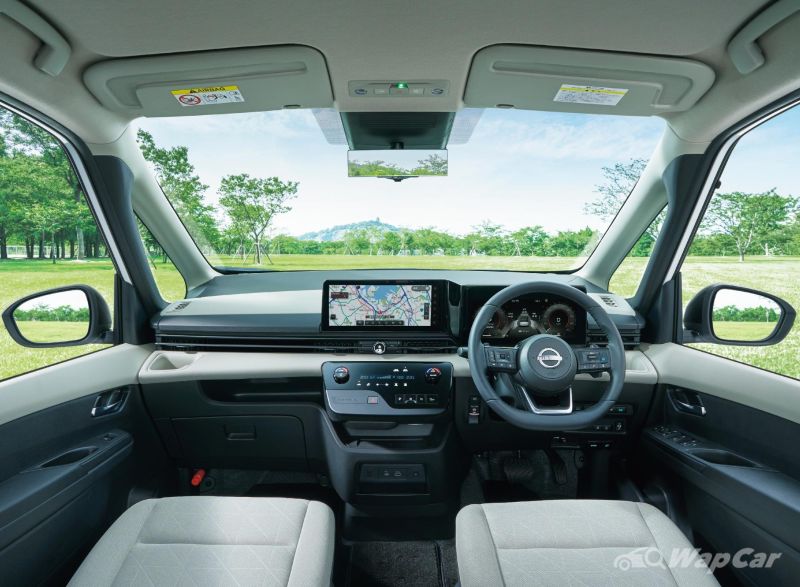 The interior of the C28 Nissan Serena has been completely overhauled compared to the outgoing model. 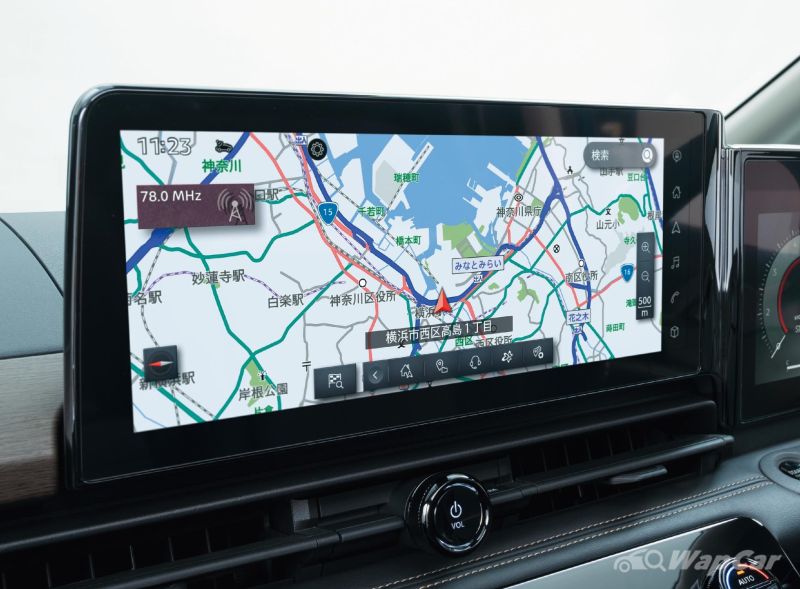 Sitting centrestage is a new 12.3-inch infotainment screen with support for Apple CarPlay and Android Auto. Audio is routed through a 6-speaker sound system. 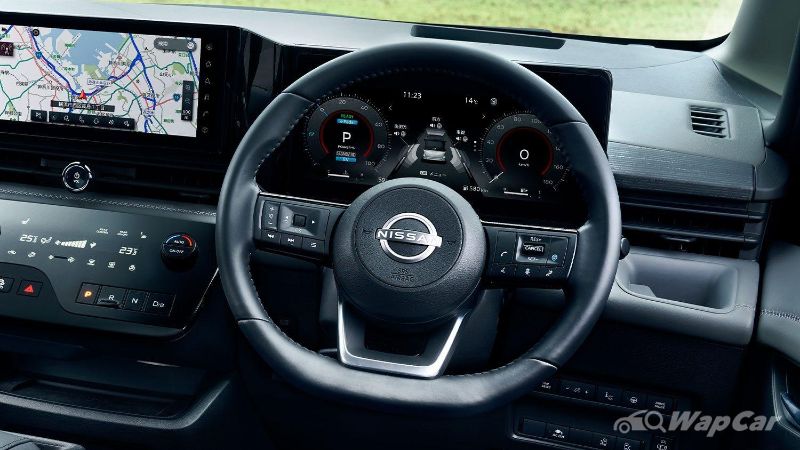 The driver also gets a massive 12.3-inch digital instrument cluster. This is a standard fitment on the range-topping e-Power Luxion variant; lower variants get a 7-inch unit instead. 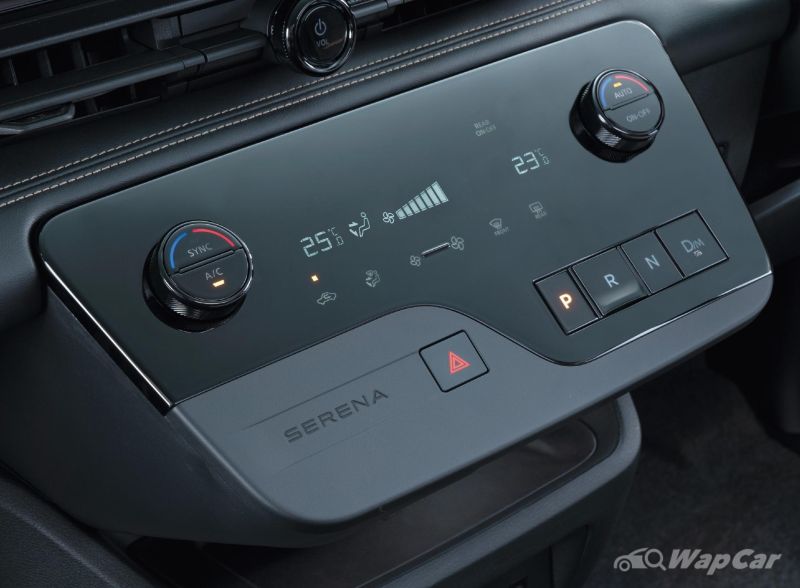 Nissan has also removed the gear level on the C28 Serena, replacing it with physical buttons instead. Ditto that for the climate control system, as the only physical buttons are the temperature controls, the rest are now touch-based controls. 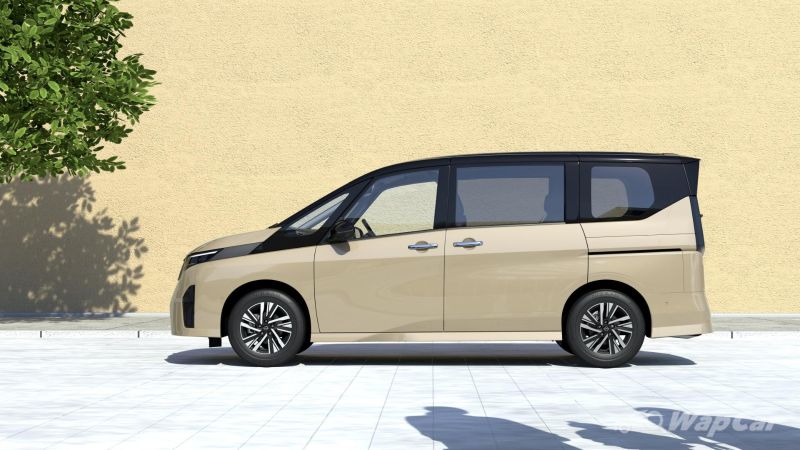 In an effort to improve ride quality, Nissan engineers redeveloped the C28 Serena’s suspension system, uprating the shock absorbers and stabilizers that are now 20 percent stiffer than before, which are said to resist body roll better.

On top of that, the first- and second-row now gain revised Zero Gravity seats which further improves their body-hugging capabilities. 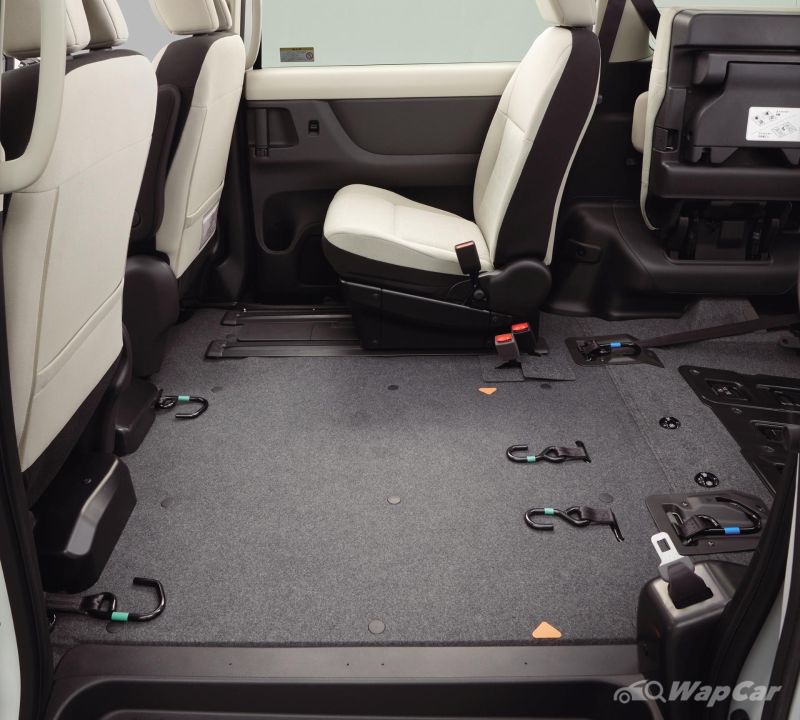 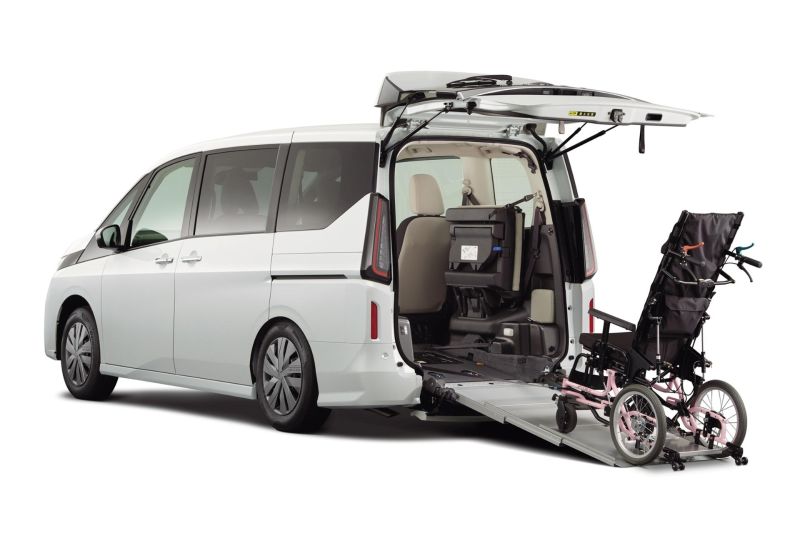 Like other JDM MPVs, Nissan also offers a wheelchair-friendly version of the C28 Serena. This version forgoes one second-row seat, replaced with tethers for a wheelchair.

In addition to the wheelchair-friendly version, there is also a special Serena variant that features a smaller-sized second-row seat and bright orange handles, as well as an additional foot step for easing ingress and egress. 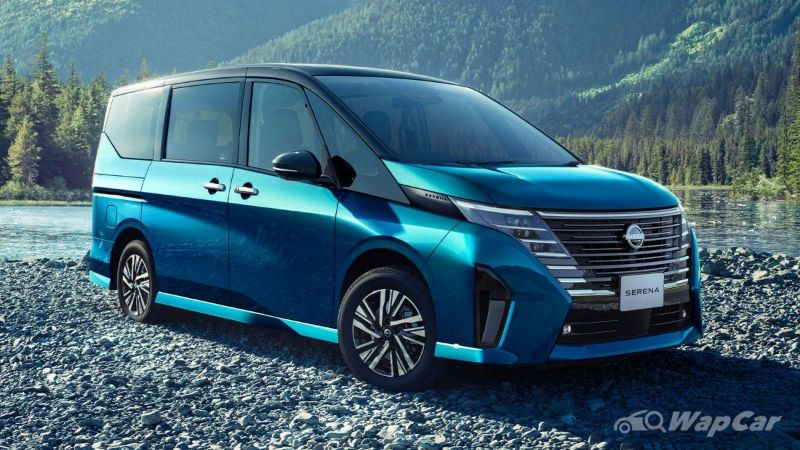 The C28 Nissan Serena is the first Nissan model to offer the new ProPilot 2.0 ADAS suite. New features include Collision Avoidance Steering Assist, which helps the driver steer out of a potential collision.

Another new feature is ProPilot Parking, which is a memory function that can record the location where the driver parked, recording various parameters, including parking location, steering, and brakes, easing those who has difficulties entering and exiting parking spots.

Last but not the least is ProPilot Remote Parking. As the name suggests, this system allows drivers to park the car using a remote control.

Conclusion – Much needed rejuvenation for Nissan

Seeing that fellow rivals Honda and Toyota have introduced their C-segment people movers earlier this year, Nissan definitely needed a revamped MPV to stay competitive and from the initial looks, the C28 Serena delivers.

Not only does it look properly futuristic, its improved safety and powertrains is a step-up from the predecessor model.

As for Malaysia’s debut, don’t hold your breath for a debut here any time soon. Edaran Tan Chong Motor (ETCM) launched the facelifted C27 Serena here earlier this year, which means that the next-gen C28 model probably won’t arrive here until 2024 or 2025.