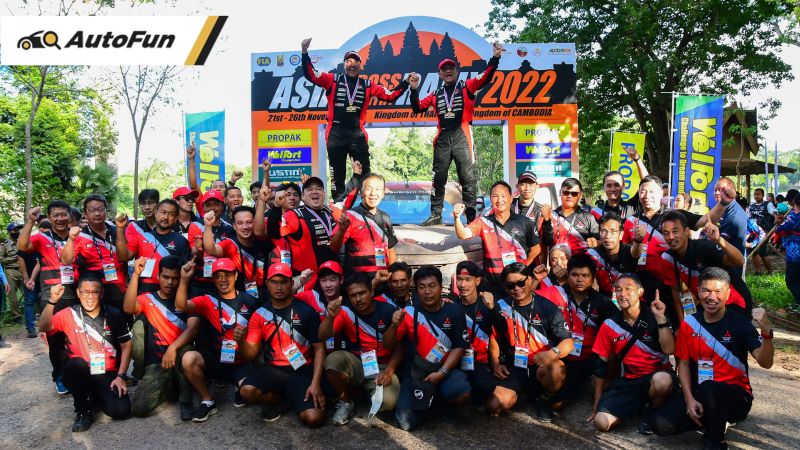 Team Mitsubishi Ralliart makes a spectacular comeback in the competitive rallying scene after it won the Asia Cross Country Rally 2022 on its first try. With race-prepared Mitsubishi Triton pickups, the team withstood rough terrain over six days over a 1,400 + kilometer distance that stretched from Thailand to Cambodia. 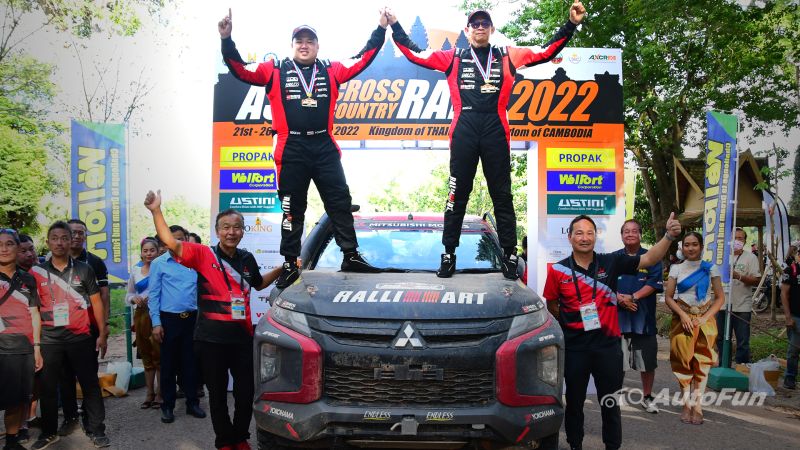 Thai driver Chayapon Yotha and co-driver Peerapong Sombutwong took their Mitsubishi Triton #105 to the overall lead as early as Leg 1 on the second day of the competition and never looked back. The team had an early setback when on the second Special Stage, car #119 driver Sakchai Hantrakul (Thailand) tested positive for Covid-19 and retired from the rally. This left two Mitsubishi Tritons competing for points until the end. 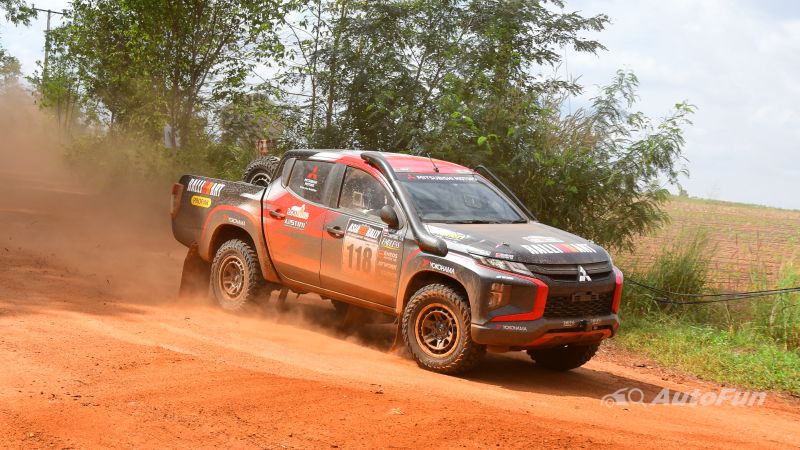 To add to the team’s woes, Indonesian driver Rifat Rifat Sungkar in the Mitsubishi Triton #118, suffered a flat tire in a struggle with another car on a rocky terrain at the 15-km point before the checkpoint one time control. He continued without changing the tire and passed CP1 with a wrecked wheel and brake. The suspension, brake, tire, and wheel were changed at the service area, and Rifat rejoined the race without a rear shock absorber. 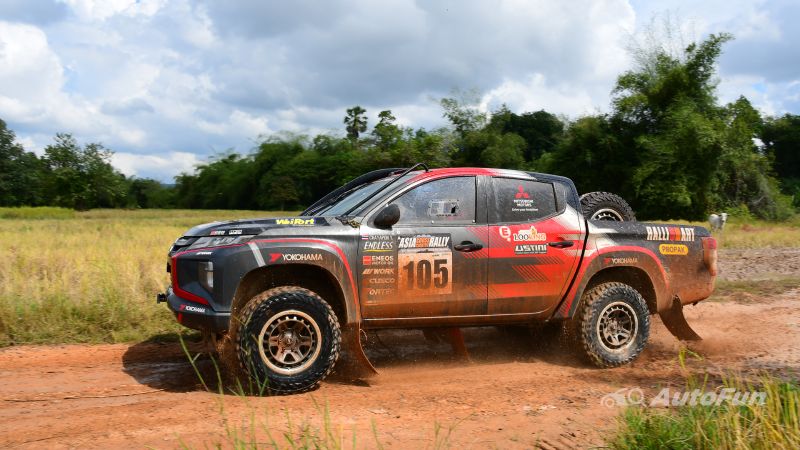 The rest of the rally was relatively straightforward for the #105 Triton as Yotha maintained leads of up to 8 minutes over the second placer.

“It was a very tough battle over the six days, but I am very happy to take the overall victory,” said Yotha. “In order to win among rivals with larger engine displacements, I concentrated on reducing mistakes thoroughly and completing each corner and stage carefully. We were able to achieve good results in this rally because of the excellent handling performance of the Triton. It was very easy to control, allowing me to follow the line as I intended in any road surface conditions – tarmac, gravel, or mud.” 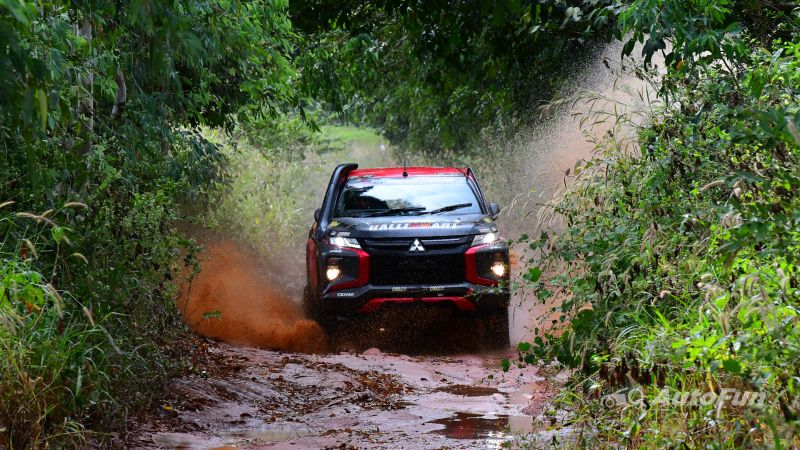 Hiroshi Masuoka, team director of Team Mitsubishi RALLIART, was likewise pleased with the team’s results. “This was our first attempt to return to the motorsports scene under the name of RALLIART, and it was a very important rally for Mitsubishi Motors,” said Masuoka. 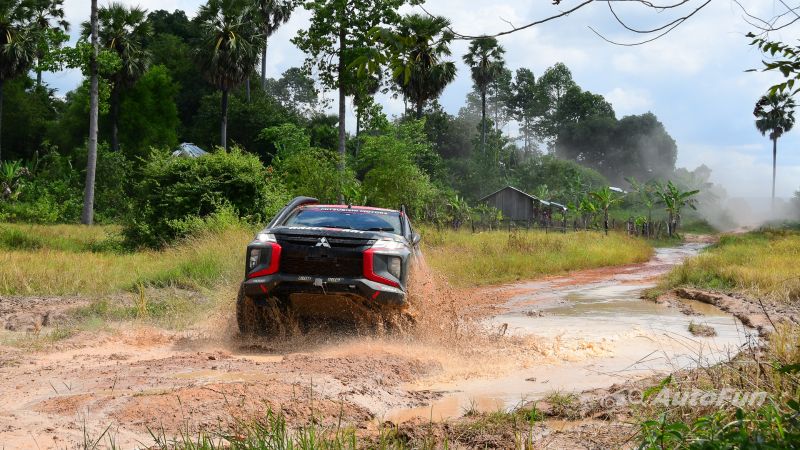 The two-time Rally Dakar winner added, “I thought that it would be good enough for us to finish in the upper rankings, but I am very happy that the team have taken an overall victory. The mechanics and engineers brought the Triton to the course in perfect condition every day, and the drivers and co-drivers brought out the best performance from the Triton. 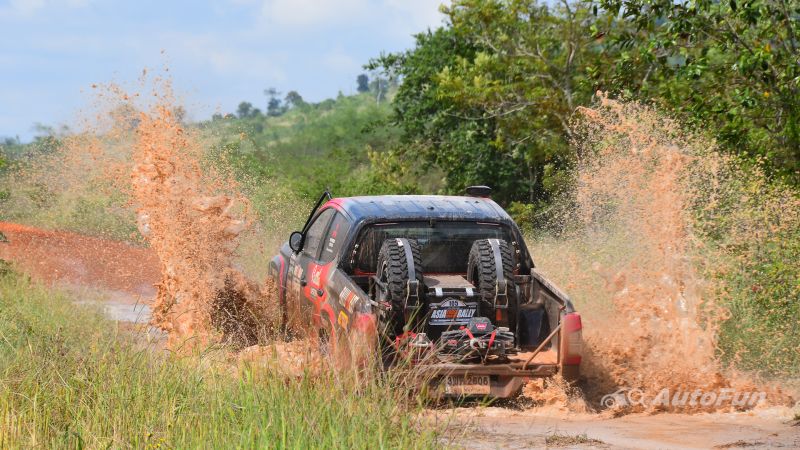 He adds, “This victory was the result of teamwork and know-how that Mitsubishi Motors has accumulated over the years. Team Mitsubishi RALLIART will consider the possibility of coming back again next year and will fully prepare our team structure and the rally cars. We would like to thank all of our fans and sponsors for their great support.” 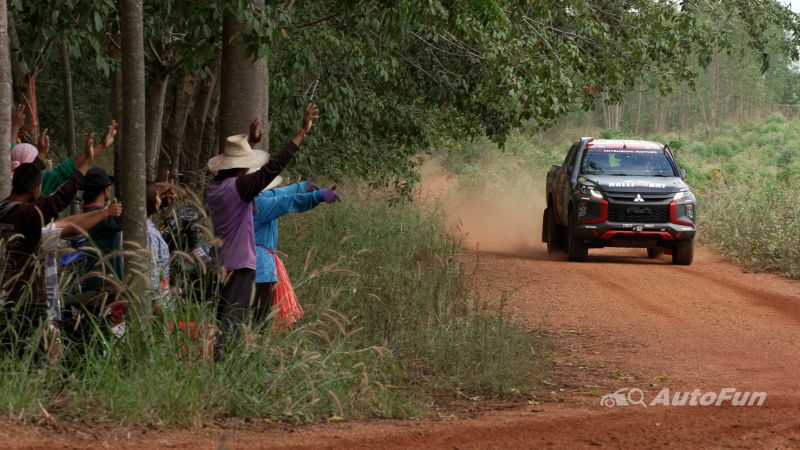 The Mitsubishi Triton is sold locally as the Mitsubishi Strada. Mitsubishi Motors has competed in the World Rally Championship and the Dakar Rally for many years.

The brand has used its stellar results in competition to enhance vehicle development and further refine its products’ strengths, such as a robust body and chassis, handling characteristics, stability, and drivability over rough roads.

Do these results convince you of Mitsubishi’s durability and performance?